Ligue 1: Lorient continues on its way

Surprise at the start of the season, Lorient (3rd) continues to keep pace with Paris SG and Marseille by signing against Lille (2-1) a fifth victory in a row, Sunday during the 9th day of the League... 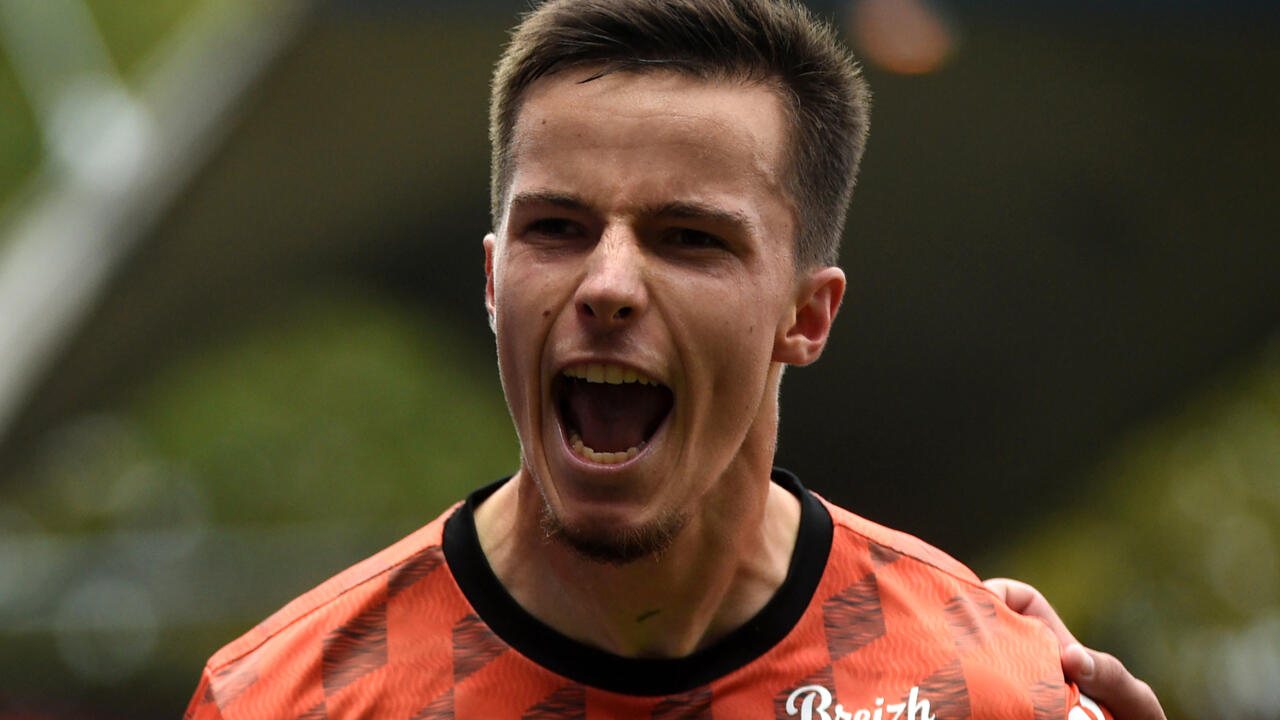 Even at ten against eleven, the Merlus snatched their victory at the end of the match, with the first goal of Théo Le Bris, nephew of coach Régis Le Bris, which came into play about twenty minutes earlier.

His first goal in L1, aged 20 since Saturday, offers the three points to his uncle's team, which consolidates its place on the podium with 22 points, three lengths from PSG (25 points) and one from OM (23 pts).

The leader Paris had imposed the day before against Nice (2-1), and its dolphin Marseille Friday in Angers (3-0).

The two tenors of French football are wheel in wheel two weeks before the Clasico at the Parc des Princes.

The leading trio widened the gap on their pursuers.

Only Lens (18 pts), four lengths behind Lorient, can get closer if they beat Lyon at Bollaert in Sunday evening's clash (8:45 p.m.).

Neutralization in the race to maintain

In the middle of the table, Clermont (9th), winner at AC Ajaccio (3-1), leaves the Corsicans in last place, and Toulouse (12th), who was a hit against Montpellier (4-2), gives himself the air.

At the Stadium, the match was interrupted a quarter of an hour after the use of tear gas by the police against the parking lot of Montpellier supporters.

In the fight for maintenance, the competitors have neutralized each other and the day does not benefit anyone.

Brest (18th) let themselves be overcome by Auxerre (1-1) in numerical inferiority, despite the first goal in their new colors from the Algerian Islam Slimani, and Reims saw Troyes equalize (2-2) at the front -last minute in the Champagne derby.

Reims (17th) remains in the relegation zone, as does Strasbourg, beaten 3-1 the day before at home by Rennes.

Before Monaco-Nantes at Louis-II, a great classic of the French Championship (5:05 p.m.), the Canaries (16th) are just one row ahead of Reims, with the same number of points but a less bad goal difference (-3 against - 7).