In 2022 1,400 dead or missing in the Mediterranean. A day of welcome in Lampedusa

Since 2013, the year of the tragic shipwreck off the island which caused the death of 368 people, including 83 women and 9 children, nearly 25,000 migrants and refugees have lost their lives in the Mediterranean 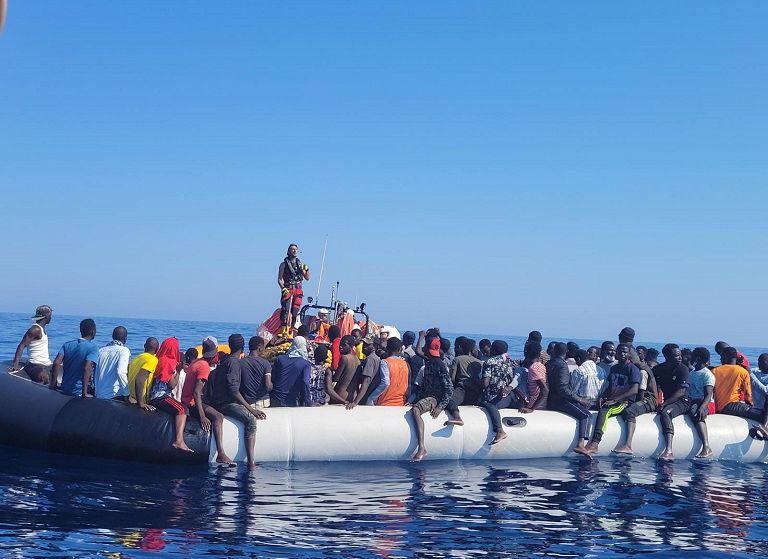 In 2022 alone, 1,400 people have already died or gone missing in the Mediterranean.

Of these, 84% on the central Mediterranean route which is confirmed as one of the most active and dangerous globally.

Furthermore, since 2013, the year of the tragic shipwreck off the coast of Lampedusa which caused the death of 368 people, including 83 women and 9 children, almost 25,000 migrants and refugees have lost their lives in the Mediterranean, about 20,000 of whom are still along the route. of the central Mediterranean.

Relentless data released on the eve of the National Day of Remembrance and Reception which tomorrow will commemorate the ninth anniversary of the dramatic shipwreck of 2013.

The International Organization for Migration (IOM), the UN Refugee Agency (UNHCR), and the United Nations Children's Fund (UNICEF) are present today in Lampedusa with the October 3 Committee, the organizations of the civil, representatives of local, national and European government institutions to remember all those who lost their lives in a desperate attempt to find safety and protection in Europe.

The organizations have also joined the activities organized by the October 3 Committee as part of the Welcome Europe project, with the aim of promoting a culture of solidarity, hospitality and dialogue in the young Italian and European generations, based on respect for human rights and humanitarian and legal imperative to save lives at sea.

The latest shipwrecks in the Mediterranean remind us, in fact, of the need to strengthen the search and rescue capacity at the regional level.

"It is unacceptable that children, women and men, people fleeing wars, violence and persecutions, continue to lose their lives in the Mediterranean", underlines Chiara Cardoletti, UNHCR Representative for Italy, the Holy See and San Marino. " Europe must equip itself with a more predictable and efficient state-led mechanism for search and rescue at sea and ensure that those arriving in search of protection can find it and rebuild their lives in dignity ".

While waiting for such a mechanism to be created and implemented, IOM, UNHCR and UNICEF reiterate their appreciation for the valuable rescue work at sea carried out by the Italian Coast Guard, NGOs and the commanders of commercial vessels.

Without their valuable contribution, the number of dead and missing would be much higher.

United Nations organizations reiterate the importance of expanding safe and regular channels of asylum and migration to ensure safe alternatives to crossing at sea.

"In light of the continuous number of tragedies we still witness, on this day it is important to reiterate how the safeguarding of human life is a priority over all other considerations concerning the management of the migratory phenomenon and that the rescue of people in difficulty is a principle fundamental of humanity and solidarity. To this end, both the work of the States and the precious contribution of the NGOs present in the Mediterranean must be supported and promoted ", says Laurence Hart, director of the IOM Coordination Office for the Mediterranean.

"It is also necessary to continue to ensure a system capable of promptly identifying the most vulnerable categories arriving in Italy, including unaccompanied foreign minors, survivors of gender-based violence and victims of trafficking, and to ensure that those who have suffered mistreatment and abuse is directed towards specialized assistance ".

“Even today, among refugees and migrants who cross the Central Mediterranean, we count many minors, including many girls, often among the subjects most exposed to the risk of exploitation and violence.

Adequate reception, taking charge of the most vulnerable cases, school reintegration and social inclusion, including the fight against discrimination, remain the key to allowing them a new path in the host society ", underlines Sarah Martelli, coordinator Unicef ​​for the interim response in Italy.

The reportage by Angela Caponnetto and Antonello Travaglini