Sublimated by Erling Haaland, author of a new hat-trick and two assists, Manchester City easily won (6-3) against Manchester United, in a Premier League derby without suspense,… 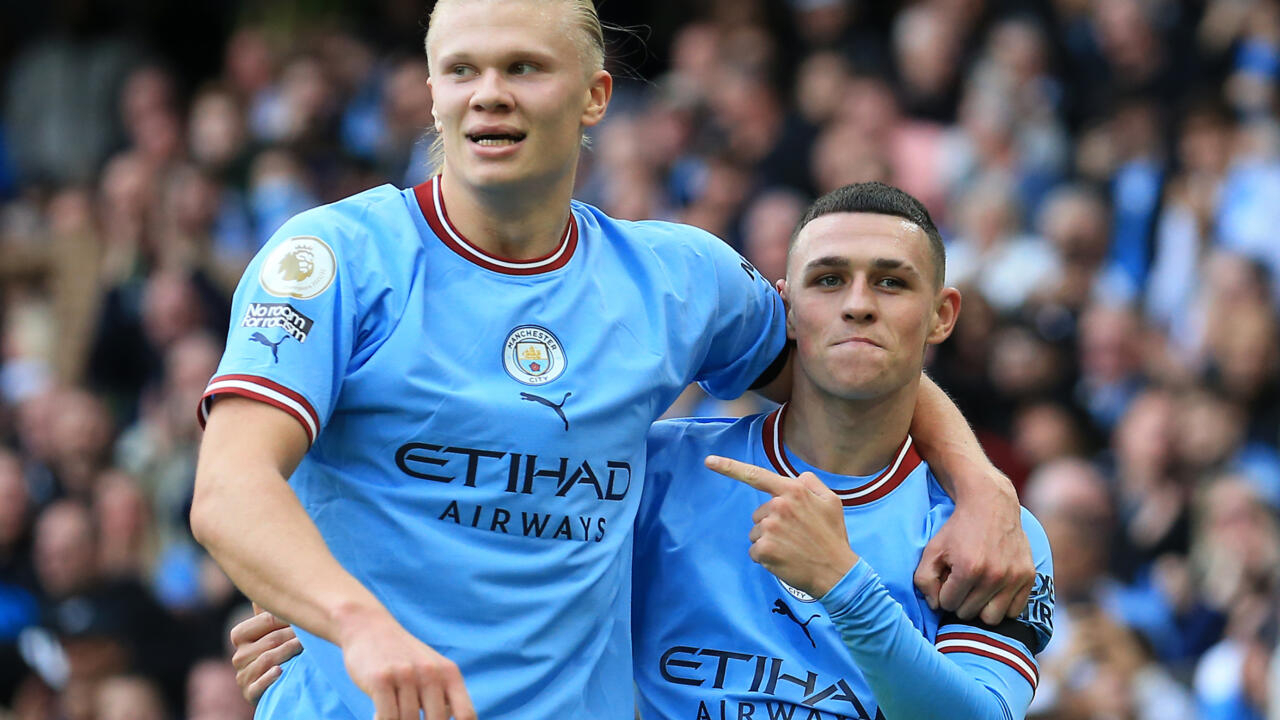 This victory allows the reigning English champion (twenty points) to stay in contact with leader Arsenal (21 points) after eight games played in the English championship.

Manchester United, who have conceded ten goals in their last two trips to the Etihad, have fallen to sixth place (twelve points).

Beyond their exceptional collective performance, the Citizens took advantage of the very good form of Phil Foden (three goals), Kevin De Bruyne (two assists) and especially Herling Haaland, involved in five of his six goals with a hat-trick and two assists.

The Norwegian has already scored fourteen goals in eight appearances this season, a significantly higher ratio than his three seasons with Dortmund, Germany.

At 22, he also demonstrates that he still has a lot of room for improvement collectively, integrating better and better into City's complex game, as demonstrated by his two assists to Phil Foden.

The English winger, for his part, opened the scoring in the eighth minute, alone in the middle of the penalty area in the middle of Varane and Eriksen, after a cross from Bernardo Silva (1-0, 8th).

Haaland really came into action on the half hour mark, on a corner from De Bruyne.

Three minutes later, he took advantage of a bright pass from De Bruyne at the far post to score from the end of the crampons (3-0, 37th), then delivered an assist for Foden just before half-time (4- 0.44e).

In the second period, he received a cross from Sergio Gomez after another fine collective combination in which he took part, to increase a score, which Antony had just reduced (5-1 , 64th).

A last assist given to Foden (6-1, 72nd) could have allowed City to win their biggest victory against their neighbor since 2011, but a double from Martial (84th and 90th + 1) limited the costs.

By its magnitude (6-3), this heavy defeat brings the Red Devils back to reality.

They were rarely able to line up more than three or four passes in a row, including starting from behind.

This heavy score is reminiscent of the match at Brentford (4-0) in mid-August, where Erik ten Hag's players conceded four goals in just 35 minutes.

Harry Maguire and Cristiano Ronaldo were starters that day, and had been held largely responsible for the ills of their training.

This new disaster, even against such a strong formation, reminds us that the fundamental problems are far from being resolved.

The injury exit of Raphaël Varane shortly before half-time (40th) could not help the defense of the Red Devils, nor that of the France team, seven weeks before the World Cup in Qatar.

His left ankle spun after the 29-year-old centre-back blocked a close range strike from Foden.