A few dozen demonstrators gathered in front of the French embassy in Ouagadougou were dispersed on Sunday by tear gas fire, two days after a coup that ousted the… 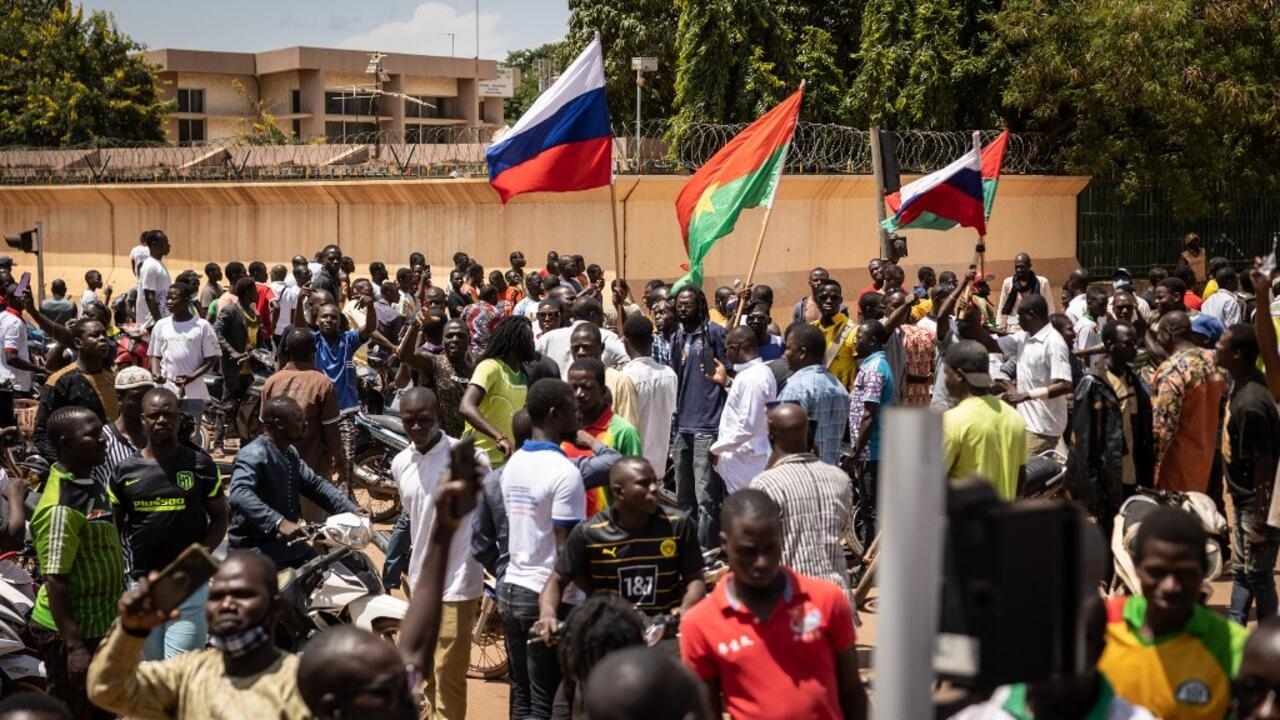 Tear gas grenades were fired on Sunday, October 2, from inside the French embassy in Ouagadougou to disperse demonstrators supporting the self-proclaimed putschist Ibrahim Traoré, noted an AFP journalist.

A few dozen demonstrators had gathered in front of the embassy, ​​setting fire to protective barriers and throwing stones inside the building, on the roof of which French soldiers were positioned, when the gas was fired.

Other demonstrators were also seen by the AFP journalist tearing down barbed wire in an attempt to scale the perimeter wall of the diplomatic building.

In Paris, the Quai d'Orsay had condemned "the violence against our embassy in the strongest terms", adding that "the safety of (his) compatriots" was his "priority".

These attacks "are the act of hostile demonstrators, manipulated by a campaign of disinformation against us", declared his spokesperson, Anne-Claire Legendre, while "calling on the stakeholders to ensure the security" of the diplomatic buildings.

Sunday, demonstrators also gathered near the headquarters of the national television of Burkina Faso around which the armored device, in place since Friday, was lightened, with three vehicles, instead of twenty.

Rallies took place during the night from Saturday to Sunday on several major axes of the Burkinabe capital, flown over all night by a military helicopter.

Since the announcement, Friday evening, by soldiers led by Captain Ibrahim Traoré of the dismissal of the head of Burkina's military junta, Lieutenant-Colonel Paul Henri Damiba - himself who came to power by a coup in January -, tension persists in Ouagadougou.

On Saturday, Colonel Damiba made it clear that he did not intend to abdicate, calling on the new putschists "to come to their senses to avoid a fratricidal war which Burkina Faso does not need in this context".

Colonel Damiba came to power in January in a coup that overthrew President Roch Marc Christian Kaboré, discredited by the rise in jihadist violence.

But in recent months, attacks hitting dozens of civilians and soldiers have multiplied in the north and east of Burkina Faso, where cities are now subject to a blockade by jihadists.