Two days after the coup in Burkina Faso, France 24 journalist Wassim Nasr analyzes the origins of this new military coup and the reasons for the street mobilizations in the capital,… 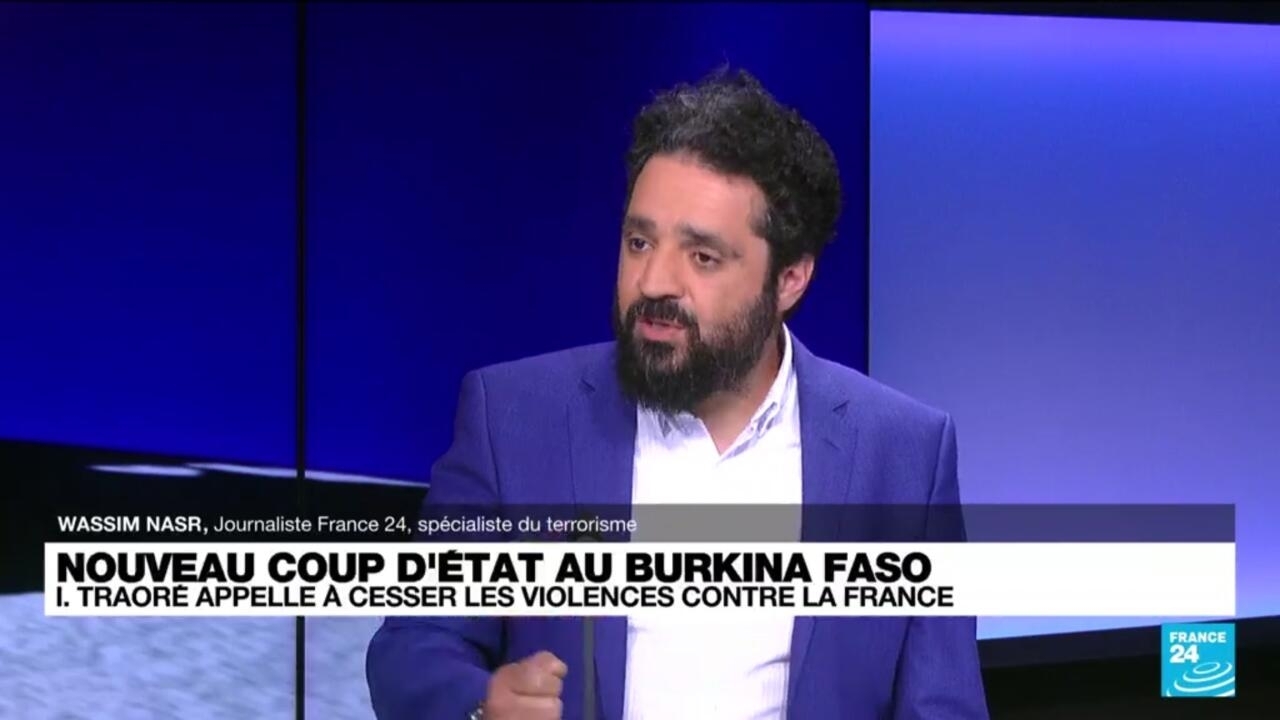 Two days after the announcement of the dismissal of the head of the ruling junta in Burkina Faso, tension remained high on Sunday, October 2, in Burkina Faso, where demonstrators attacked French representations.

Acts followed by a call from the new self-proclaimed leader of the junta, Captain Ibrahim Traoré, to end the violence against France.

Because the putschists hinted that they were ready to open their arms to partners other than France.

However, according to Wassim Nasr, journalist for France 24, specialist in questions related to terrorism, "this call for new partners, like Russia, has become a catalyst for the populations", he affirms.

"It's the best way to bring people to the streets," he says.

Targeting French institutions can be seen as a strategy of the current putschists.

"The attack on the French Embassy was the way to prevent Paul-Henri Sandaogo Damiba from returning to Ouagadougou and seizing power," explains Wassim Nasr.

The journalist recalls that Captain Ibrahim Traoré had called for calm on Saturday in an interview with France 24. Remarks that occurred "once people were in the street and Lieutenant-Colonel Damiba was prevented".