Time is running out and the Government is still hanging by a thread. The contacts maintained by the president of the Generalitat, Pere Aragonès, and the general secretary of JxCat, Jordi... 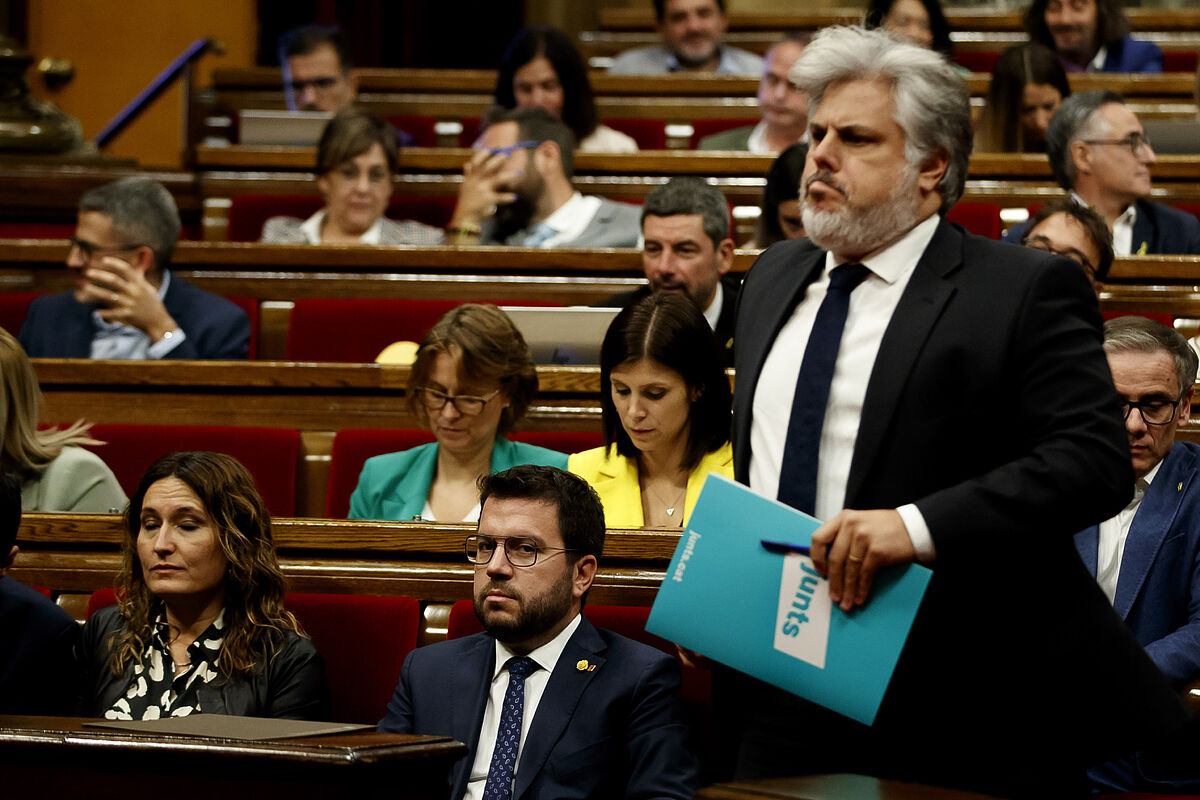 Time is running out and the Government is still hanging by a thread.

The contacts maintained by the president of the Generalitat, Pere Aragonès, and the general secretary of JxCat, Jordi Turull, this Sunday to try to reach an agreement before Junts consults his bases if he should leave the Generalitat have not been fruitful.

The two leaders have spoken in the early hours although representatives of the two formations continue to have conversations to reach a minimum agreement that allows them to continue with the Government of ERC and Junts.

However, party sources have remarked to this medium that the positions are very far apart after Aragonès rejected the requests of its partners such as the reinstatement of Jordi Puigneró as Vice President of the Govern after having been dismissed last Wednesday or the reactivation of a General Staff under the coordination of the Council for the Republic, controlled by Carles Puigdemont.

In addition, JxCat wants to agree on a common strategy with the Republicans in Congress so that they do not reach agreements on their own with the Government of Pedro Sánchez.

From ERC they do not want to accept these proposals since they believe that it would be to give JxCat all the power and break with the path of dialogue with the State to reach an agreed referendum as Aragonès announced in Parliament last week.

The Republicans believe that JxCat calls for "unbearable" measures as an ultimatum to expel responsibility for a failure of the Government if there is a rupture.

In addition, Aragonès assured yesterday in an interview on TV3 that elections would not be called if ERC remained in the minority, so all scenarios are open, including specific agreements with 'commons' or PSC.

The shadow of a new tripartite is elongated.

In the event that an agreement is not reached in the next few hours, JxCat will have to fulfill what Jordi Turull and Laura Borràs promised last Thursday.

The party leadership will specify a specific question for its bases on whether or not it should leave the Government and hold the consultation this week.

For the moment, and in the absence of specific news in the negotiation, gestures are imposed: the ERC spokesman in the Congress of Deputies, Gabriel Rufián, stopped following Carles Puigdemont on twitter