Tel Aviv: Serbo-Croatian final between Djokovic, master of his emotions, and Cilic, solid

Serbian Novak Djokovic (7th in the world) qualified for the final of the ATP 250 tournament in Tel Aviv on Saturday, his fourth of the season, beating in two sets, 6-1, 7-6 (7/3), the Russian Roman Safiullin… 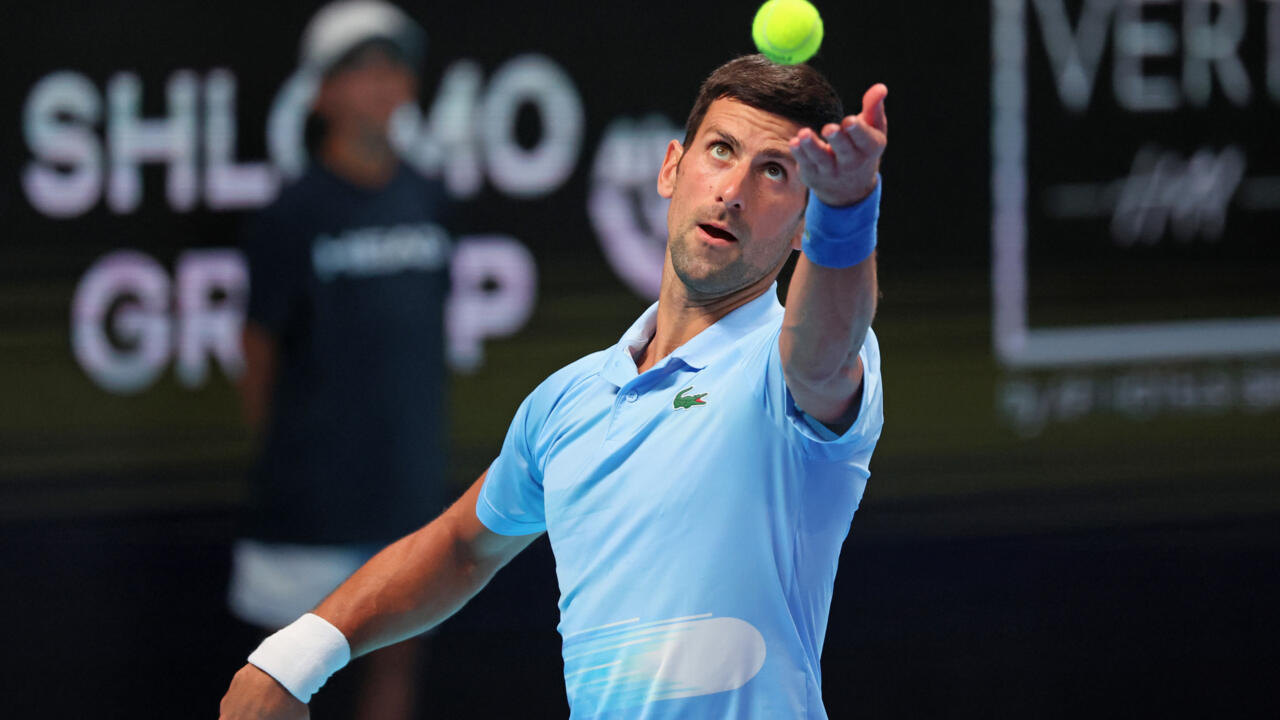 "I think it was a very open game, especially in the second set. I have to say that I got caught up in my emotions on the court today in the second set, there was a lot of tension, and it It was also linked to his rather aggressive style of tennis: big serves and, when he has time, solid on both sides", smiled "Djoko", 35, after his victory.

The man with 21 Grand Slam titles will play the 127th final of his professional career on Sunday.

He has already won 88, or about two out of three.

His opponent in the final will be the Croatian Marin Cilic, 16th in the world and logically victorious, in the other semi-final, the Frenchman Constant Lestienne (68th), with the score of 7-5, 6-3.

It will be the 21st meeting between the Serb and the Croatian on the ATP circuit and "Djoko" leads 18 wins to 2. Cilic won his place in the final despite a poor start to the match, as he was trailed 5-2 by Lestienne and had to save two first set balls at 5-3 then 5-4 for the Frenchman, who was playing his first semi-final in a main circuit tournament at the age of 30.

He finally lined up five games in a row to win this first set and then all he had to do was take Lestienne's serve at 3-3 to ensure a completely controlled end to the game, thanks also to the quality of his serve ( 14 aces in total, two double faults only).

Scheduled before him, Djokovic walked in the first set of his semi-final (6-1), without ever conceding a break point, then served for the match at 5-4 in the second, but Safiullin, armed from a big serve, managed to prolong the suspense until a decisive game in which he faltered: an unforced error on an easy forehand, followed by a double fault, gave a decisive advantage of 4-1 to "Nole".

"I knew I had to stay very consistent because he was bound to raise his level in the second set, and that's what happened," added Djokovic.

"When I served for the match (at 5-4), I played badly on two points and he had the merit of taking advantage of it to come back. It was a very pleasant evening on the court."

After his lost final in Belgrade in April, his victory in Rome in May, on clay, then his new title at Wimbledon in July, on grass, Djokovic had to give up the American tournaments, including the US Open, for lack of being vaccinated against Covid-19 (which had already resulted in him not being able to defend his chances in Australia).

He had not played an official match until the Laver Cup by teams, between Europe and the rest of the world, last week in London.