Russian forces withdrew on Saturday from the Ukrainian city of Lyman. This was confirmed by the country's Ministry of Defense on Saturday, according to the RIA news agency. The retreat comes after weeks of intense Ukrainian counter-offensive and several recaptured cities. 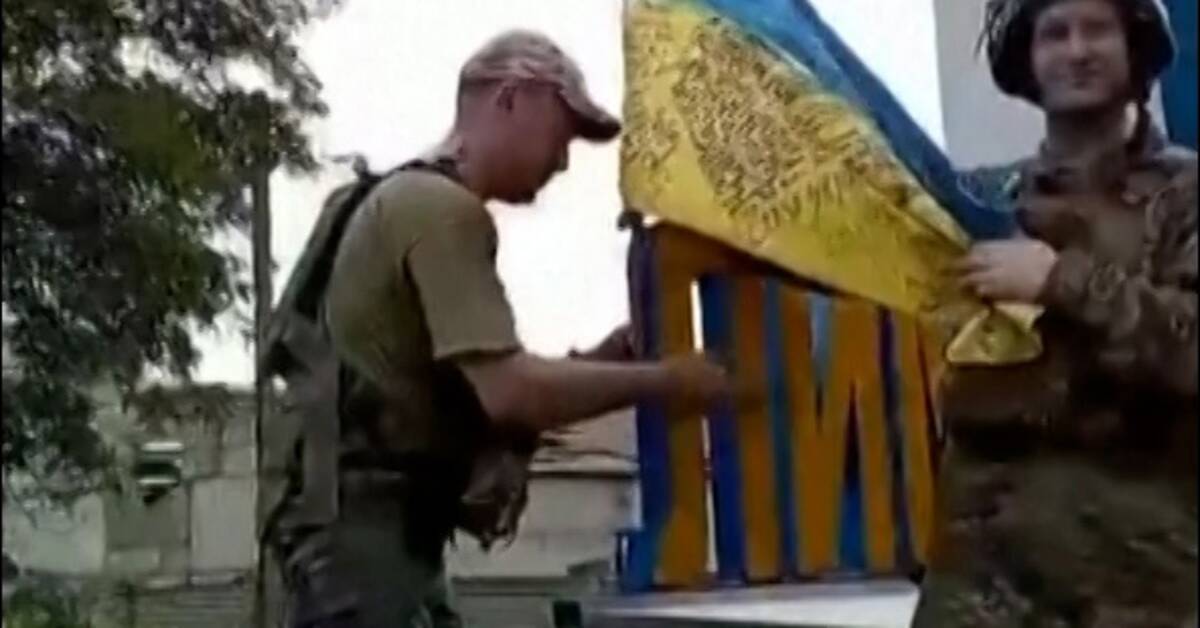 "Faced with the threat of being encircled, the allied forces have withdrawn from the city of Krasni Liman to more advantageous defensive positions" - this is how the Russian Defense Ministry justifies the withdrawal according to Reuters, which uses the Russian name of the city.

Shortly before Russia announced the retreat, the Ukrainian Ministry of Defense stated that Ukrainian forces had entered the city.

The counteroffensive of recent weeks has resulted in the recapture of several Ukrainian cities.

According to Oscar Jonsson, expert on Russian warfare and researcher at the Norwegian Defense Academy, Russia's soldiers get worse the longer the war goes on.

- The absolutely most important thing to understand is how bad things are going on the manpower front.

Russia started this war with 125,000 men, about 90 percent of the employed soldiers.

As early as July, American sources reported losses of 80,000, both wounded and dead.

And all personnel that are added are by definition worse than what they started with, he tells TT.

The reason, he believes, is that the trained soldiers formed composite and welded units, which is unrealistic for hastily drafted citizens.

However, in a post on Telegram on Saturday evening, Ukrainian President Volodymyr Zelenskyi stated that fighting is still ongoing in Lyman.

"The Ukrainian flag is raised in Lyman in the Donetsk region.

According to Oscar Jonsson, this is something to be expected given the remaining groupings.

- I have not seen anything to indicate that it is large-scale.

Both Russian and Ukrainian channels confirm that Lyman fell, he says in a comment to SVT Nyheter.

Lyman, located about 10 miles southeast of Ukraine's second-largest city Kharkiv, has been under Russian control since last spring.

It is an important railway junction and is of great importance for the transport of weapons and ammunition to the Russian occupation forces.

Ukraine's army has stated that up to 5,500 Russian soldiers have taken part in the defense of the occupied city, it is unclear how many of these managed to leave the city before it was surrounded.