Presidential in Brazil: supporters of Lula gather for a last meeting

This Saturday, October 1 was the last day of the campaign in Brazil. The two main candidates, incumbent President Jair Bolsonaro and his rival, former President Lula, have gathered their supporters… 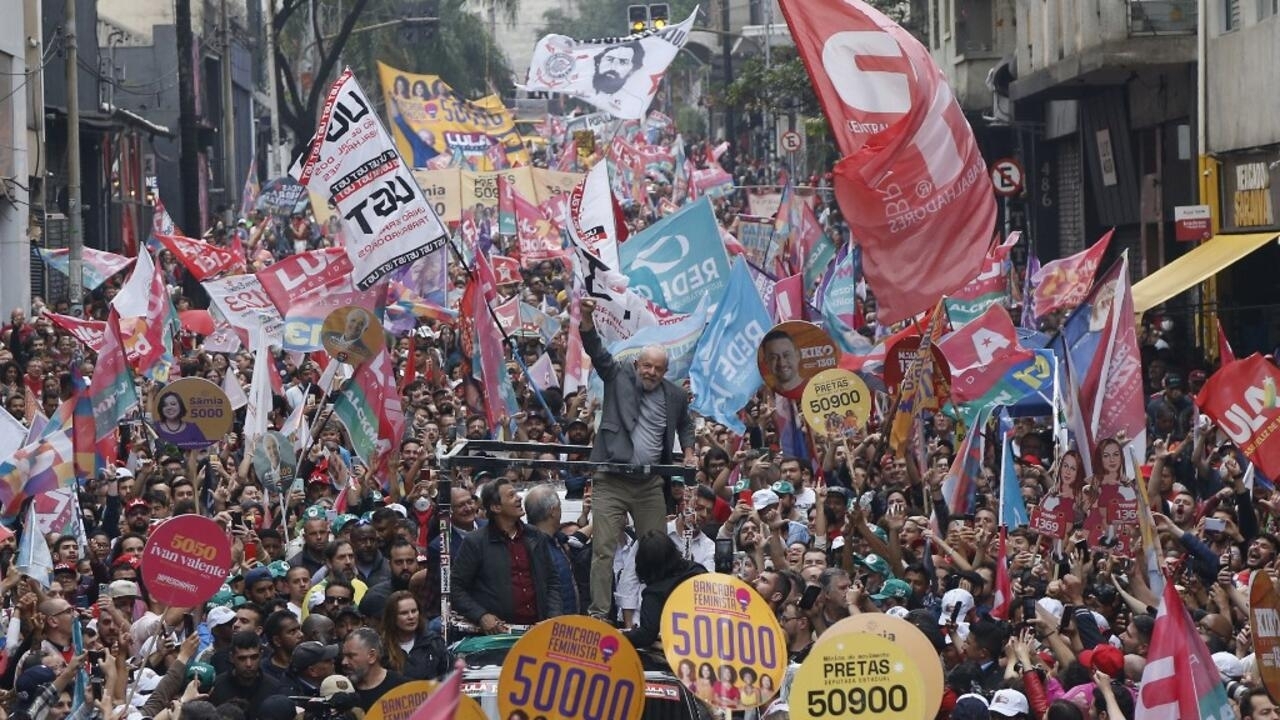 Presidential in Brazil: supporters of Lula gather for a last meeting

Former Brazilian President Lula greets his supporters during a campaign rally the day before the elections, in Sao Paulo, on October 1, 2022. AFP - MIGUEL SCHINCARIOL

This Saturday, October 1 was the last day of the campaign in Brazil.

While Jair Bolsonaro, faithful to his tradition, put himself at the head of a motorcycle procession, Lula walked along Paulista Avenue in the city center, a hotspot for social and political demonstrations, in a good-natured atmosphere. .

With our special correspondent in São Paulo

When Lula gets out of his black car, the crowd acclaims him with joy and fervor: they already see him as President of Brazil.

The only uncertainty for Angela who wears a sticker “

”: will Lula win the ballot in the first round?

I came to reinforce this end of the campaign and to ensure that we win the election in the first round.

It is important, very important because it allows us to end Bolsonaro's putsch aspirations once and for all.

We must quickly bury the four years of terror that we have experienced in the country.

Four years that have deeply divided Brazilian society and created a climate of tension.

So much so that Rafael, a young supporter of Lula, thinks carefully about his outfit when he goes to vote.

I'm very afraid to go and vote with a red shirt, so with the colors that I defend.

The climate is very tense here.

Another fear of PT activists like Rita: will the outgoing president recognize the verdict of the polls or not?

It is sure that he will not recognize the results!

He announced it a long time ago.

In any case, Lula is preparing for a victory in the first round.

He has already reserved part of Paulista Avenue to gather supporters there on Sunday evening.