Yesterday, North Korea launched two ballistic missiles, according to the South Korean military, in the fourth such launch within a week, after Seoul, Tokyo and Washington conducted joint anti-submarine exercises. 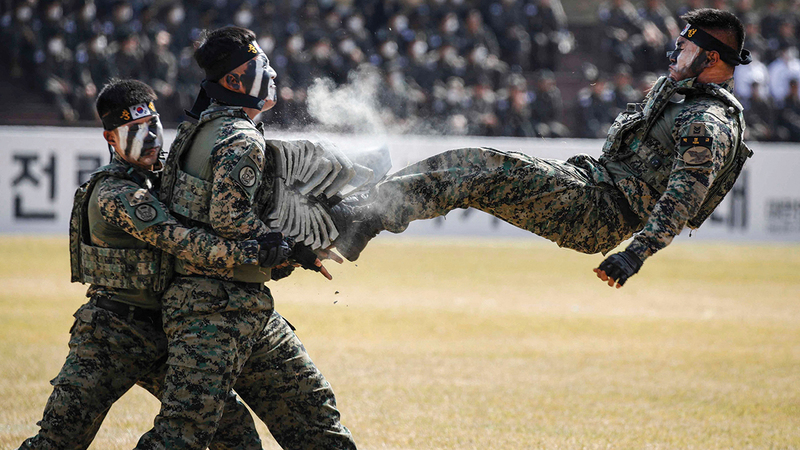 After joint exercises between Washington, Seoul and Tokyo

Yesterday, North Korea launched two ballistic missiles, according to the South Korean military, in the fourth such launch within a week, after Seoul, Tokyo and Washington conducted joint anti-submarine exercises.

The South Korean armed forces announced that they had detected two short-range missiles fired between 6:45 and 7:03 am yesterday from the Sunan area of ​​Pyongyan towards the Sea of ​​Japan.

The South Korean Joint Chiefs of Staff said that the two missiles flew about 350 km at an altitude of 30 km, describing the launch as a "dangerous provocation."

Japan reported the launch of two projectiles, likely to be ballistic missiles, noting that they ended their course outside Japan's exclusive economic zone.

For its part, the US Indo-Pacific Command said, “The missile launches highlight the destabilizing impact of WMD and ballistic missile programs.

The commitments of the United States to defend the Republic of Korea and Japan remain firm.”

The commander of the US fleet in the region, Admiral Sam Paparo, said that no link has been proven between Pyongyang's recent ballistic tests and the possibility of a nuclear test, explaining that if this is proven, it will be very worrying, and there will be a response.

During the celebration of the 74th Armed Forces Day in South Korea, South Korean President Yoon Soon-yeol condemned what he called "the North's recent military provocations" and vowed to enhance joint military exercises with the United States.

US and South Korean officials have repeatedly warned that North Korean leader Kim Jong Un is preparing for a new nuclear test, and South Korean intelligence services have reported that the test may take place between October 16 and November 7.