“To more advantageous frontiers”: the Russian Defense Ministry announced the withdrawal of allied forces from Krasny Liman due to the threat of encirclement

Due to the threat of encirclement, allied forces have been withdrawn from Krasny Liman to more advantageous lines, the Russian Defense Ministry said. The department said that Ukrainian troops lost more than 200 military personnel, five tanks and nine infantry fighting vehicles in just a day of the offensive in this direction. Along with this, the losses of the Armed Forces of Ukraine in the Nikolaev-Krivoy Rog direction exceeded 270 people, five tanks, six infantry fighting vehicles, 23 armored vehicles were destroyed. In addition, Russian Aerospace Forces fighters shot down a Ukrainian MiG-29 in the Nikolaev region. 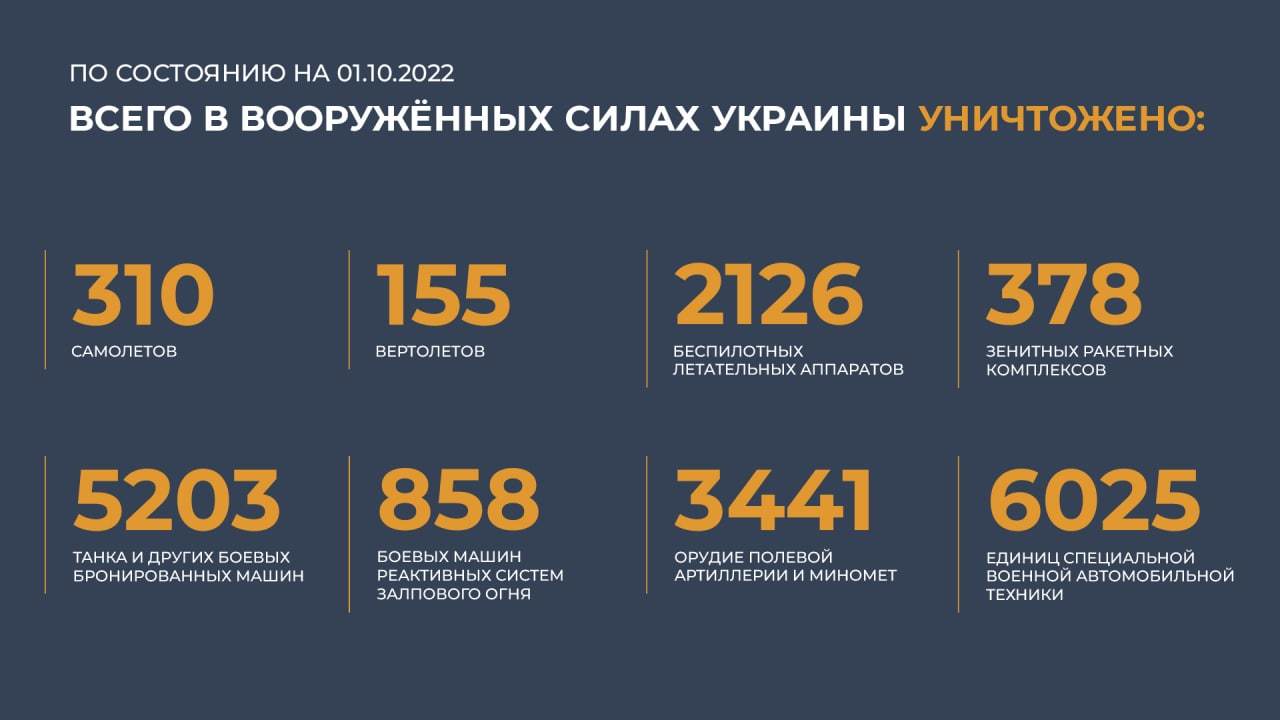 Allied troops have been withdrawn from the settlement of Krasny Liman due to the threat of encirclement by Ukrainian armed formations, Lieutenant General Igor Konashenkov, spokesman for the Russian Defense Ministry, said during a briefing.

“Massed fire strikes on the positions of the 66th and 93rd mechanized brigades of the Armed Forces of Ukraine in the Krasnolimansky direction destroyed more than 200 Ukrainian servicemen, five tanks and nine infantry fighting vehicles per day.

Despite the losses suffered, having a significant superiority in forces and means, the enemy brought in reserves and continued the offensive in this direction.

In connection with the creation of a threat of encirclement, the allied troops were withdrawn from the settlement of Krasny Liman to more advantageous lines, ”Konashenkov said.

Along with this, in the Kupyansk region, a temporary deployment center of a unit of the 14th mechanized brigade of the Armed Forces of Ukraine was destroyed by a missile strike.

According to the defense ministry, more than 50 Ukrainian militants and 12 units of special military equipment have been eliminated.

Konashenkov also said that over 100 nationalists killed and wounded, two tanks and six vehicles were destroyed near Novopol of the Donetsk People's Republic as a result of fire damage from units of the 110th Territorial Defense Brigade.

“The high-precision strikes of the Russian Aerospace Forces on the points of temporary deployment of the 2nd battalion and the rocket-artillery battalion of the 65th mechanized brigade of the Armed Forces of Ukraine near the city of Zaporozhye destroyed up to 60 servicemen and ten pieces of military equipment, as well as two American HIMARS multiple launch rocket systems,” — he added.

As a result of air strikes, missile troops and artillery, six command posts of the Armed Forces of Ukraine in the Donetsk People's Republic, Zaporozhye and Mykolaiv regions, as well as 68 artillery units, manpower and military equipment in 153 districts were hit.

In addition, four depots of rocket and artillery weapons and ammunition were destroyed, as well as a launcher of the Buk-M1 anti-aircraft missile system.

At the same time, a MiG-29 of the Ukrainian Air Force was shot down by fighter aircraft of the Russian Aerospace Forces in the Nikolaev region.

The number of shelling of Energodar in the Zaporozhye region by the Ukrainian military increased sharply after the referenda, said the chairman of the movement "We are with Russia", a member of the main council of the regional administration Vladimir Rogov.

“At the moment, there are already more than 20 arrivals along the coastline and the territory in the city district, where the Zaporozhye NPP is located.

There are also several arrivals in the area of ​​the thermal power plant, ”he wrote in his Telegram channel.

On the eve of the Ministry of Defense of the Russian Federation, it was noted that the Ukrainian army shelled the residential areas of Energodar and the territory adjacent to the Zaporizhzhya Nuclear Power Plant: “The strikes were made from the area of ​​the Nikopol settlement of the Dnepropetrovsk region controlled by the Armed Forces of Ukraine.

The enemy’s firepower was suppressed by the return fire of Russian artillery.”

In addition, on October 1, as a result of shelling of the Kirovsky and Petrovsky districts of Donetsk by Ukrainian armed groups, three people were killed and two more were injured.

In total, since the beginning of the day, the Armed Forces of Ukraine have fired over 130 shells on the territory of the DPR.

In addition to Donetsk, Makeevka, Gorlovka, Yasinovataya and their suburbs came under fire, the Donetsk News Agency reports.