The maxi cloud of gas from Nord Stream also over Italy. 80 thousand tons of methane dispersed

Germany mobilizes all the police forces at sea and the USA, on Biden's orders, deploy underwater means to ascertain the incident 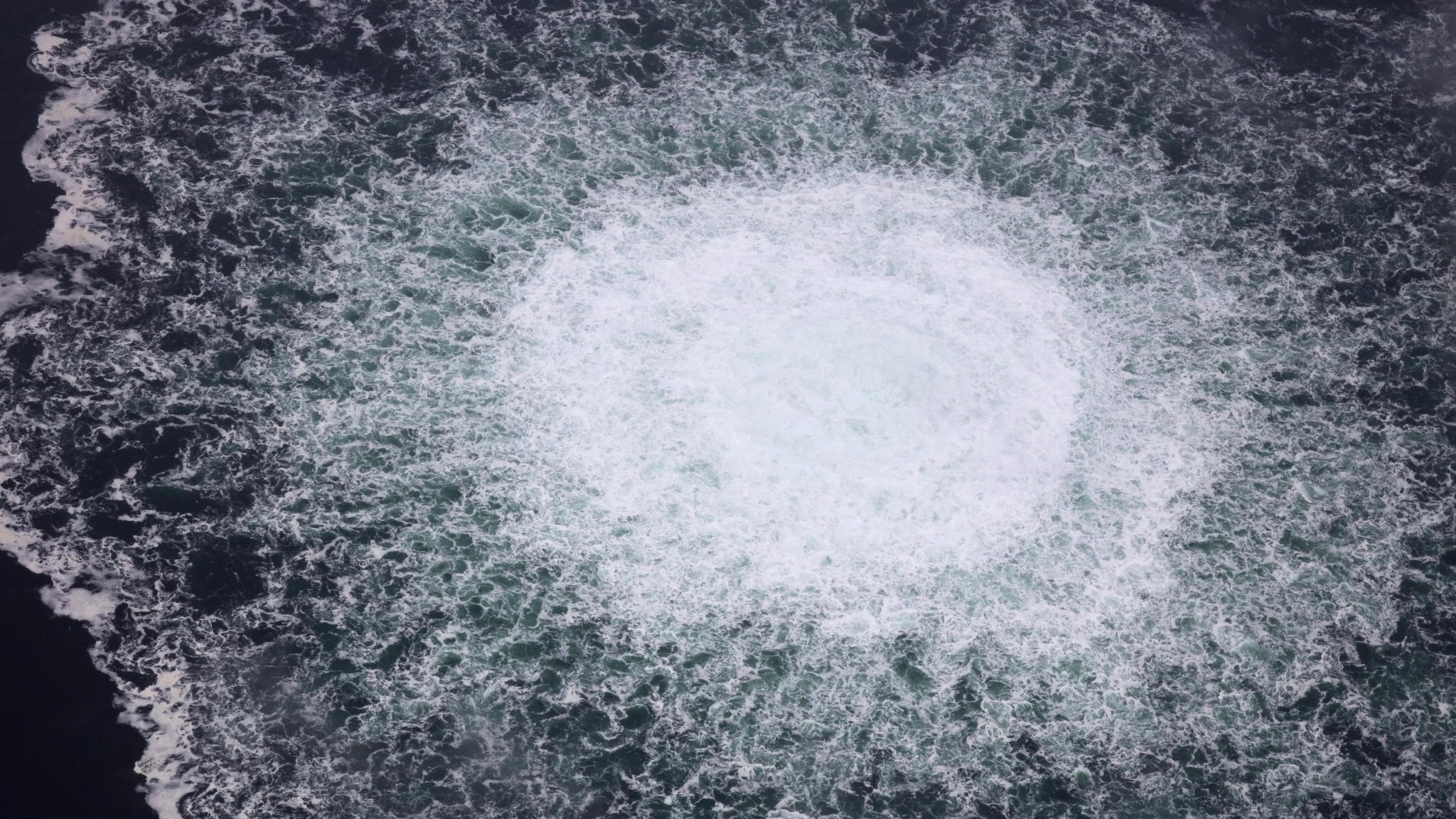 A gigantic cloud of gas flies over Europe.

It is the result of the massive methane spill resulting from the leaks of the two Nord Stream pipelines severely damaged by the explosions recorded by seismologists last Monday in the Baltic Sea.

"A sabotage" whose nature is the subject of international investigations and repeated exchanges of accusations between the West and Russia.

According to a simulation

by the Norwegian research institute Nilu

, the four leaks that have opened in the gas pipelines, about 80 meters deep in the exclusive economic zones of Sweden and Denmark, have so far released 80 thousand tons of methane: first in the sea by boiling the surface of the water, and therefore in the atmosphere, creating a gigantic cloud which, dividing into two sections, also reached Italy, "without risk of pollution and not even for the health of citizens", the experts assure.

Stockholm and Copenhagen had the task of providing the UN Security Council with the information available so far: in a joint letter they stated that the leaks could have been caused by the detonation of "several hundred kilos of explosives".

In the letter, the two countries expressed concern about the possible consequences of gas leaks for the marine environment and climate.

In Moscow, President Vladimir Putin took the opportunity of the ceremony with great fanfare for the annexation of the Ukrainian territories to re-launch the accusation against the "Anglo-Saxons" of having sabotaged the Nord Stream.

"Who benefits?", He asked himself rhetorically.

"Scandalous misinformation" was the reply from US Secretary of State Antony Blinken.

Shortly before the 007 of Moscow had assured that they were already in possession of "some materials that indicate the western trail in the organization and implementation of the terrorist attack".

"In my opinion - said the head of the foreign intelligence service, Sergey Naryshkin - the West is doing everything to hide the real perpetrators".

"Detailed information" will be disclosed "after an investigation of the situation, which at the moment however is not possible given that the gas continues to escape", the Kremlin however specified.

And that is, not before Monday.

According to the operator Nord Stream, in line with reports from Sweden and Denmark,

the gas leaks will continue until Sunday

The Swedish coastguard reported that one of the methane leaks from Nord Stream 2 "has decreased, but is still ongoing", while the other larger one, also in the Swedish area but on Nord Stream 1, showed no signs of weakening. .

a week of increases due to gas pipeline losses

- although one had been stopped since August due to Gazprom's spite and the other never really started - the price of gas in Amsterdam closed the week down: the TTFs lost 7.3% close to € 189 (188.8) per megawatt hour, also in light of the European discussions on the price cap.

But the alarm for European energy infrastructures is now widespread.

Norway, which has become Europe's number one supplier of natural gas

, fears attacks on its hydrocarbon pipelines.

NATO has offered Oslo its "closest cooperation for the protection of critical infrastructures".

Prime Minister Jonas Gahr Store announced that he had begun talks with the allies "to increase the military presence in Norwegian waters" and that he had "accepted the contribution of Germany, France and Great Britain".

German police forces are patrolling the North Sea and the Baltic Sea with "all available resources" following the explosions that caused leaks in the Nord Stream underwater pipelines.

"We take current threats seriously and are protecting ourselves," Faeser said.

US President Joe Biden has promised to send submarines near the Nord Stream pipeline section affected by the explosions "to determine what exactly happened."

"We will work with our allies to shed light," Biden assured, speaking of "deliberate sabotage".

"I have already begun to help our allies strengthen the protection of this crucial infrastructure," he added.