Madelene filmed coming out to her dad - went viral on Tiktok

When Madelene Raghall met her father for lunch, she was asked if she had a boyfriend. Then she decided to tell that she is seeing a girl. She recorded the reaction, and it was viewed over a million times on Tiktok in just one day. 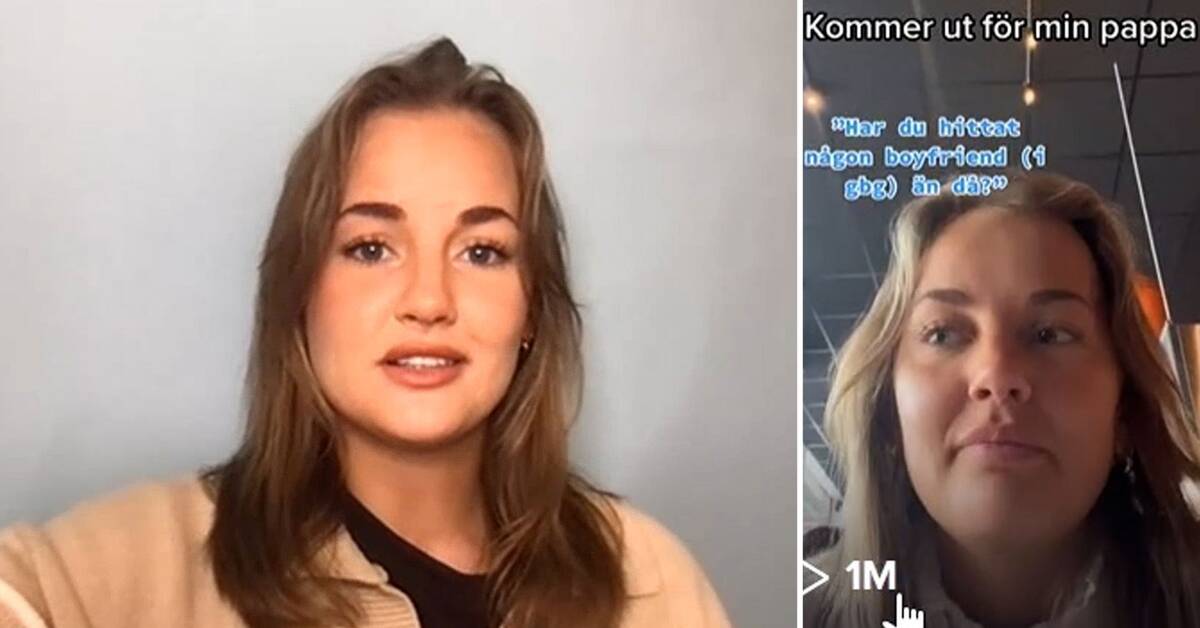 Madelene Raghall lives 50 miles from her father, which means they don't see each other very often.

As they sat talking over lunch, the question came up: has Madelene got a boyfriend.

Then she started filming the conversation.

- I recorded it because it would be fun to have on film and so I knew in my heart that it would go well.

Madelene meets a girl, something she hadn't told her father before.

The video she posted on Tiktok got a million views and over a hundred thousand likes in just one day.

- It is very common to come out these days and it is very accepted.

But it's still a sensitive area for many who either went through it with their own parents or perhaps don't have equally understanding parents, Madelene tells SVT.

Watch the father's reaction in the video that has gone viral, in the clip above.