Bus with passengers fired upon in Sundbyberg

A bus was fired upon with several shots during the night to Friday in Hallonbergen in Sundbyberg north of Stockholm. One person was slightly injured, and a search operation is currently underway in the area for one or more shooters. 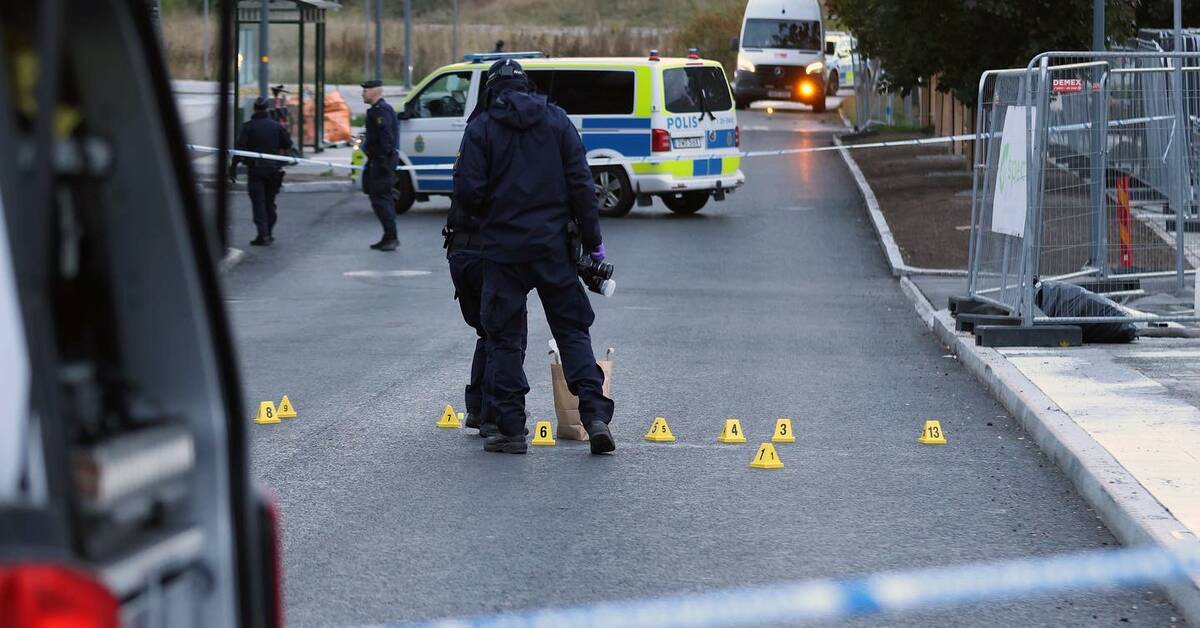 It was just before three o'clock on Friday night that the police received a call that a bus had been shot at while traveling near the center of Hallonbergen.

There were about ten people and a driver on the bus, but none of them were hit by the shots.

One person was slightly injured after being hit by shards of glass from a window pane.

Several empty casings have been found in two different places a stone's throw from the bus.

At half past six on Friday morning, the police are still at the scene to secure technical evidence and traces with the help of forensic technicians and special search dogs.

The witnesses, including the passengers on the bus, have been questioned by the police.

- We are analyzing the testimonies in relation to the camera images that have been received.

We go through what may have appeared in the images, and then of course it must be compared with the technical evidence, says police spokesperson Ola Österling.

According to witnesses, several shots were fired in rapid succession, and then one or more shooters must have fled the scene.

- There is a bit of scattered information about whether there was someone on the bus who saw the shooter or not, but it seems that it is about two shooters, says Mikael Pettersson, officer on duty.

- We have identified everyone on the bus, and will check what they have in their luggage and whether any of them are more wanted by criminals than the others, says Mikael Pettersson.

The bus not the target

- We don't think the bus was the target, but something outside.

It could have been that the bus transported itself and ended up in the direction of the shot of what was initially intended to be shot at, says Ola Österling.

A preliminary investigation into attempted murder has been launched.

Again person has been arrested.