During the Friday evening, a demonstration is held at Stora Torget in Sundsvall. "From dark to light" is the subtitle and organizers Sara Sandgren and Kenny Friberg want to highlight that there is a way to avoid drugs and violence. 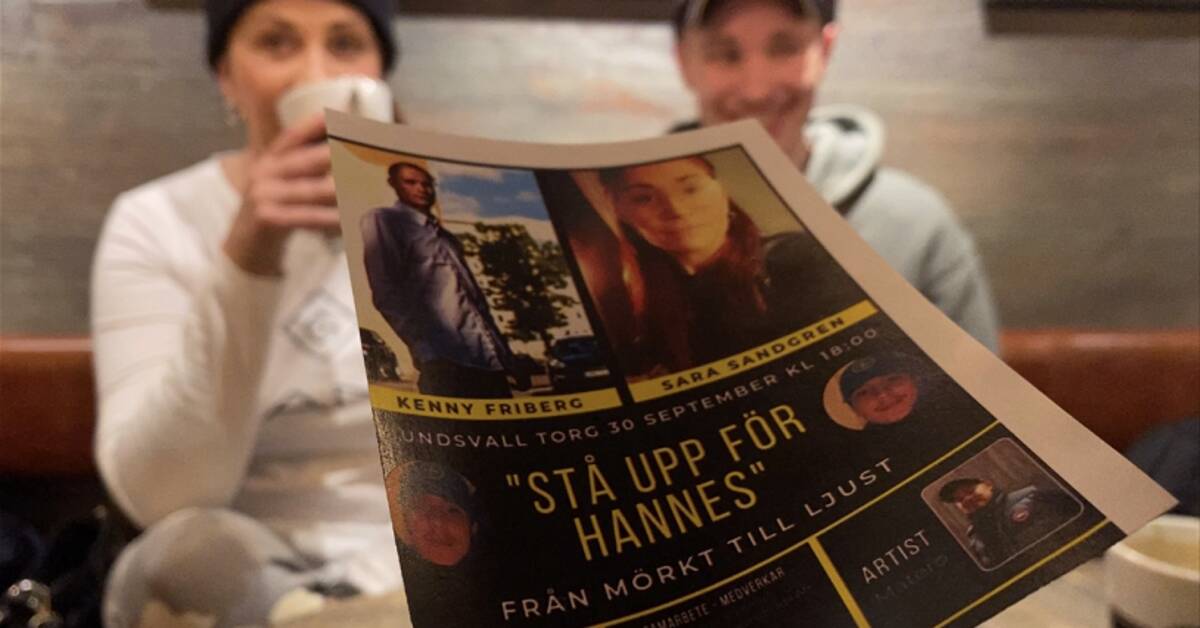 On May 4, 2020, 19-year-old Hannes disappeared after being at Sidsjön in Sundsvall with his mother Sara Sandgren.

Since then, she has searched for her son both on social media and with posters around the country.

In her involvement, she met a young Scanian named Kenny Friberg who, after a life in prison and with drugs, turned his situation around and instead started both lecturing and reaching out to young people via social media.

The two did a podcast episode together a year ago, and decided to continue working.

Most recently, they have had a lecture tour in Norrland in eleven locations and the final will be held at Stora Torget in Sundsvall tonight.

- So much is happening in Sundsvall now, murders, rapes and drugs.

We want to give hope to young people to be able to change their lives, says Sara Sandgren.

"Young people need to be seen and heard"

- I have always been involved in people, I work in crime prevention and lecture.

All young people need to be seen and heard, he says.

In the clip, Sara and Kenny talk about how they met and what will happen now.