“There must be a result”: why the US Senate expressed dissatisfaction with the effect of anti-Russian sanctions

The restrictions imposed by the US administration against Russia do not give the expected effect. This is the conclusion reached by members of the Foreign Affairs Committee of the upper house of the US Congress. Despite this, James O'Brien, coordinator of sanctions policy at the State Department, said that Washington intends to continue to introduce new restrictive measures against Moscow on average every six weeks. According to analysts, restrictions so far remain the only instrument of direct pressure on Russia, the use of which, however, often leads to negative consequences for Washington and Brussels. Nevertheless, according to experts, the United States will not abandon the chosen course, seeking to increase pressure on the Russian Federation. 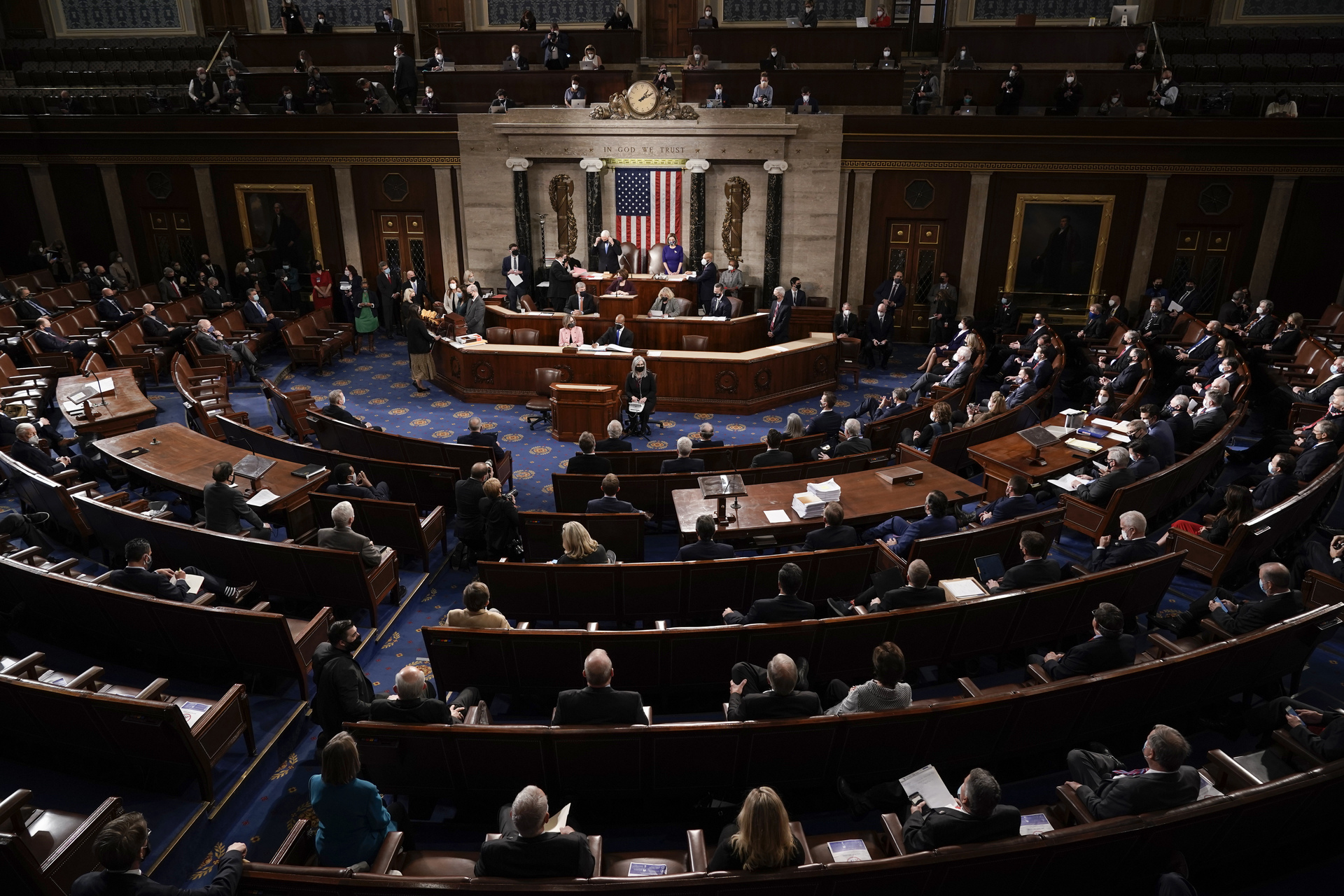 Members of the Foreign Affairs Committee of the Upper House of the US Congress said that the anti-Russian restrictions introduced by the Joe Biden administration do not have the expected effect.

Such a position during the hearings in the committee, which was attended by the coordinator of the American sanctions policy, James O'Brien, was outlined by parliamentarians from both parties.

So, Democratic Senator Jinn Shaheen recalled the promise of the White House that the restrictions imposed against the Russian Federation would lead to an economic recession, a collapse of the national currency and unrest among Russian citizens, but this did not happen.

“We were told that these would be the most severe sanctions ever imposed on any country.

That they will have a certain impact ... But we did not see the full effect that they described to us, ”the politician said.

A similar point of view is shared by Republican Senator Mitt Romney.

“What we are seeing so far suggests that it (the sanctions campaign. -

) was not as crippling for Russia as we thought ... Perhaps this should serve as an important lesson for us when considering sanctions regimes in the future" , Romney said.

In turn, Senator Chris Van Hollen recalled the bill, co-authored by him, which provides for the introduction of secondary sanctions against countries outside the G7 and the EU that will buy oil from Russia.

According to the politician, the absence of such a mechanism to enforce compliance with anti-Russian restrictions will make the restriction on the price of Russian oil, which the West plans to introduce, ineffective.

However, despite criticism from the senators, James O'Brien said that Washington will continue to pursue a policy of restrictions on Moscow.

“The administration comes up with a new package of sanctions every six weeks on average, and I would expect that pace to continue.

In the coming months, we will continue to focus on the bottlenecks in the Russian economy and the Russian military supply chains,” the official stressed.

Earlier, The Wall Street Journal, citing sources in the White House, reported that the Biden administration is preparing a new package of restrictions aimed at increasing pressure on the Russian economy.

The publication writes that the United States is going to introduce restrictive measures against a number of financial and credit organizations that are important for the Russian economy.

Among them are the Deposit Insurance Agency, the National Clearing Center and the National Settlement Depository.

In addition, it is planned to further disconnect Russian banks from the SWIFT system, as well as introduce restrictions against the MIR payment system.

Earlier, due to the threat of possible blocking sanctions from the US Treasury, a number of banks in Turkey, Armenia, Kazakhstan and Vietnam refused to service these cards.

In addition, according to the WSJ, the White House intends to strengthen export controls on a wider range of goods necessary for the functioning of the Russian economy, as well as extend sanctions to more state-owned companies.

At the same time, the sources of the publication said that the final decision on the entire list of organizations and goods that will be subject to restrictions has not yet been made.

Recall that since the beginning of the special operation of the Russian Federation in Ukraine, the United States, the EU, Great Britain, as well as a number of other states, have introduced broad sectoral economic restrictions against Moscow.

According to the estimates of the global database for tracking sanctions Castellum.AI, their number after February 22 is approaching 9.4 thousand.

In particular, restrictions were introduced against Russian state and large private banks, defense and scientific enterprises, and companies from other sectors of the economy.

Bans were imposed on transactions with Russian gold and on the export of certain goods from the Russian Federation.

A number of foreign companies have decided to suspend work or leave the Russian market altogether.

The import of equipment for the oil and gas industry into the Russian Federation was limited, as well as restrictions or a ban on the supply of Russian energy carriers.

At the same time, Russian President Vladimir Putin has repeatedly noted that the West's expectation that sanctions would ruin the country's economy in a short time did not materialize.

“The calculation was clear: to crush the Russian economy with a swoop, with a swoop, due to the destruction of business chains, the forced withdrawal of Western companies from the Russian market, the freezing of domestic assets, to hit industry and finance, and the standard of living of citizens.

Did not work out.

Obviously it didn't work out.

It didn’t take place,” the Russian leader said in June, speaking at SPIEF.

The head of state stressed that the Russian authorities are step by step normalizing the economic situation.

“First, we stabilized the financial markets, the banking system and the trade network, then we began to saturate the economy with liquidity and working capital to keep companies, employment and jobs resilient.

The gloomy forecasts regarding the prospects for the Russian economy, which sounded back in the spring, did not come true, ”Putin stated.

Experts, for their part, note that the Western establishment really counted on a larger-scale destructive effect from anti-Russian restrictions, and such expectations have been circulating in the United States for several years now.

“It started during the administration of Barack Obama, who promised to tear the Russian economy to shreds with the help of sanctions.

That did not happen.

Sanctions did not reach that goal then, and they are not reaching it now.

Neither American nor European restrictions could quickly bankrupt the Russian economy, which demonstrates stability, ”said Konstantin Blokhin, a researcher at the Center for Security Studies of the Russian Academy of Sciences, in a conversation with RT.

According to him, the United States continues to use methods of hybrid influence to contain the Russian Federation, because they do not want to enter into direct confrontation with it.

“Sanctions are the only instrument of direct pressure on Russia.

The United States is waging an open economic war against Moscow, but it does not bring the results they expect.

The only way out here is to try to increase pressure on the Russian Federation.

There are more sanctions on Russia than on Iran and North Korea, but the Russian Federation is not North Korea.

Therefore, it is obvious that anti-Russian restrictive measures have a boomerang effect, which affects both the European economy and the American one, ”Blokhin emphasized.

From his point of view, the disappointment from the sanctions in the American establishment is primarily due to the fact that there was no adequate idea of ​​the stability of the Russian economy.

“They were dominated by certain stereotypes and myths from the 1990s, according to which Russia did not have sovereignty in the economic plane: if you put pressure on it, it will collapse.

And this way of thinking prevailed for a very long time.

However, Americans cannot admit that they are false.

We have to continue the sanctions war,” the expert explained.

At the same time, the United States has largely become hostage to its own expectations from anti-Russian restrictions, analysts say.

“If the State Department says that it is holding back Russia with these sanctions, then there must be a result, which at the moment is not.

Therefore, the State Department must again promise the senators that it will again introduce new draconian restrictions, after which it will definitely appear, ”explained Vladimir Bruter, an expert at the International Institute for Humanitarian and Political Studies, in a conversation with RT.

At the same time, he doubted that the most experienced politicians in the US administration expected that restrictions on Russia would have such a massive effect that the main part of the establishment was counting on.

“It was very naive to believe that the Russian Federation, faced with the very first sanctions, would capitulate.

More sensible representatives of the US administration could only count on the fact that the sanctions would have a certain psychological effect and Russia would make the wrong decision somewhere in this situation, ”the analyst noted.

In his opinion, the United States is unlikely to ease the sanctions pressure on Russia in the foreseeable future.

“The fact is that the United States now cannot limit this pressure - they must either win or show that they did everything possible to win.

Therefore, their actions will be very aggressive, which creates a certain danger.

They will definitely increase sanctions pressure in the future,” Bruter concluded.