Watch as the storm chasers fly straight into the hurricane

Hurricane Ian is one of the strongest to hit the United States, according to the country's National Hurricane Center NHC, and millions of people have been told to evacuate. Meanwhile, storm chaser Nick Underwood and his colleagues fly straight into the hurricane - to collect important data. - When I say that this was the toughest flight in my career so far, I mean it, he writes on Twitter. 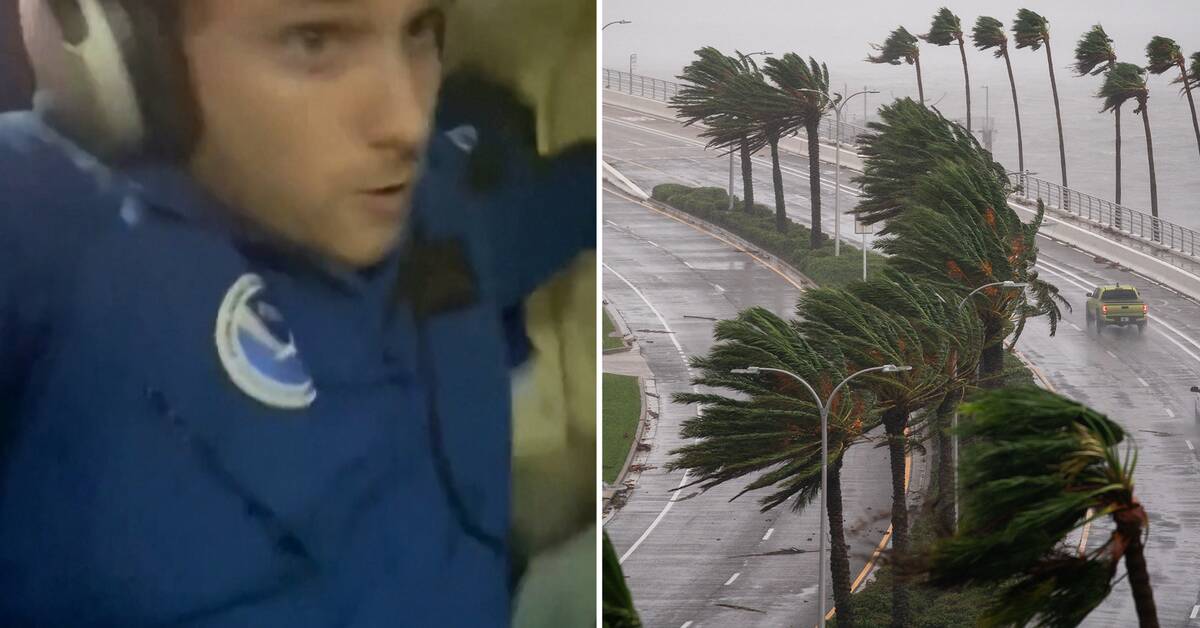 Ian has weakened in strength since it moved in over Florida on Wednesday, but at its peak it was gusting at nearly 70 meters per second, which is twice the speed of Gudrun.

- Right now it's water that causes the most problems, it's not just storm surges, but a lot of rain is falling over Florida, says SVT's meteorologist Deana Bajic.

On Twitter, he shares a picture that appears to have been taken in broad daylight.

- I have never seen so much lightning before.

This is at night, the light comes from the lightning, he writes.

The storm is expected to continue across the east coast of Florida, continue out towards the Atlantic and then turn back to the US east coast.

The governors of South Carolina, North Carolina, Georgia and Virginia have declared states of emergency in advance.

By the time the winds reach the states, however, they are expected to have decreased in strength.

Watch the whirlwind flight in the clip above.