The Ukrainian craftsman who travels Italy by bicycle makes a stop in Rome: "So I say no to war"

"The bicycle is the means that brings you closest to people", says the Ukrainian. "With my trip I want to awaken the attention of Italians to the war and reiterate my 'No' to a prolongation of the conflict" 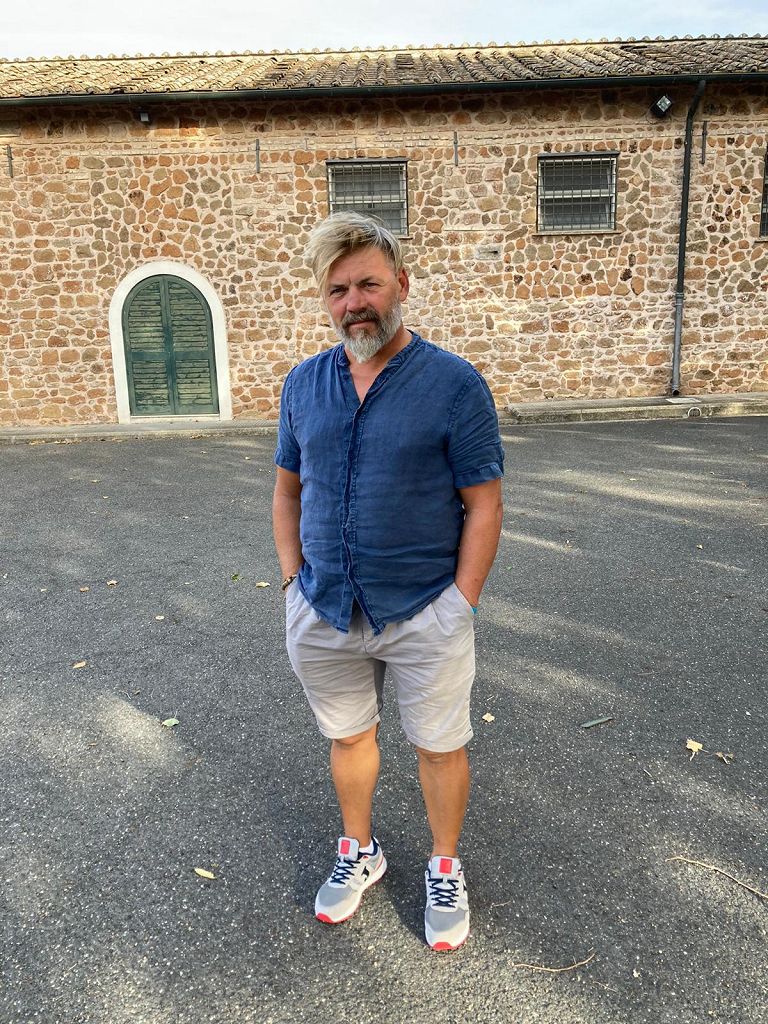 “I never expected so much attention, I don't feel I deserve it”.

Still incredulous is Mykola Zhyryada, the Ukrainian worker who, since the beginning of August, has crossed Italy on his bicycle, starting from Udine, where he has lived for 18 years, and arriving as far as Sicily.

A trip suddenly decided, dictated by the desire to awaken Italy's attention to the war.

"After the initial participation and solidarity, Italy was getting used to the conflict to the daily horrors experienced at a short distance by the Ukrainian population".

A bike ride, “the means that brings you closest to people”, also to reiterate your 'No' to a prolongation of the conflict.

Last night he arrived in Rome, traveling from Frosinone in the dark, without sleeping.

We meet him in the capital in a residence on the Appia Antica, near the Catacombs, where he will be hosted for the night and where we meet him.

“In all the cities they welcomed me with a warmth that moved me, even if I didn't always find a place to sleep.

I often spent nights on the beach, but that's okay.

I met many people who listened to me, wanted to know better what is happening in Ukraine, they understood that in our country they are erasing old age, they are silencing childhood ”.

Arrived in Italy as an illegal immigrant 25 years ago, Mykola, originally from Cherniv, immediately found work and, in a short time, obtained the documents and visa to stay and make a living.

It was the 90s, those at the turn of the declaration of independence by Ukraine.

"There was nothing there - he says - only poverty and corruption, so I decided to leave my brothers and sisters to try my luck in Italy, first in Milan, then in Friuli Venezia Giulia".

At home there are still 5 sisters and a brother who do not want to leave, but who every day tell him about the violence and the oppression of the Russian military that "comes here only in part", he tells us.

In Italy Mykola got married and built a family.

Today the two children are 17 and 15 years old.

And his daughter Gioia, when Mykola wanted to leave to defend her homeland when the conflict broke out, pushed him, with her suffering, to change his mind.

Since then, this 51-year-old construction craftsman has decided to fight his battle for Ukraine in the country that adopted him.

First by making his shed available to the Civil Protection and collecting basic necessities to be sent to those who were at war.

Then deciding to start the bike adventure to bring his message of peace.

"If Ukraine stops defending itself, it stops existing," he tells us as he smokes a cigarette.

“It is now clear that Russia is not as strong as she claimed to be, but it is they who must stop fighting.

What we are witnessing is not a war, it is terror.

At first Putin had 75% of the population on his side, now he is more and more alone.

After the mobilization, most of the people fled ”.

When we ask him what was the welcome of the people during his long journey, which episode that struck him the most, Mykola struggles to answer.

“There are many encounters that struck me, so much the warmth I found, especially in Puglia.

Every night, even if I slept on the beach, there was someone calling me to have dinner together.

Then once a little boy saw that I had laundry and stopped, he asked me if I needed anything.

After a while, he brought me a new tire.

“They also invited me to participate in some parties - he continues - but I never accepted.

Since my country is at war I have no longer been able to celebrate, sing, not even see a movie, in short, to do things that can give me pleasure, because I feel guilty.

People continue to die in Ukraine, there is violence that only comes in part here, I can't do it ”.

The day after tomorrow we leave for Tuscany, then Piedmont and Lombardy.

100 kilometers of pedaling a day await him and many new people to meet to tell and ask not to forget.

"Since my country is at war I have no longer been able to celebrate, sing, not even see a movie because I feel guilty"