After two weeks of procrastination, Emmanuel Macron has decided: the pension reform will be the subject of a three-month consultation between the French government, the oppositions and the partners... 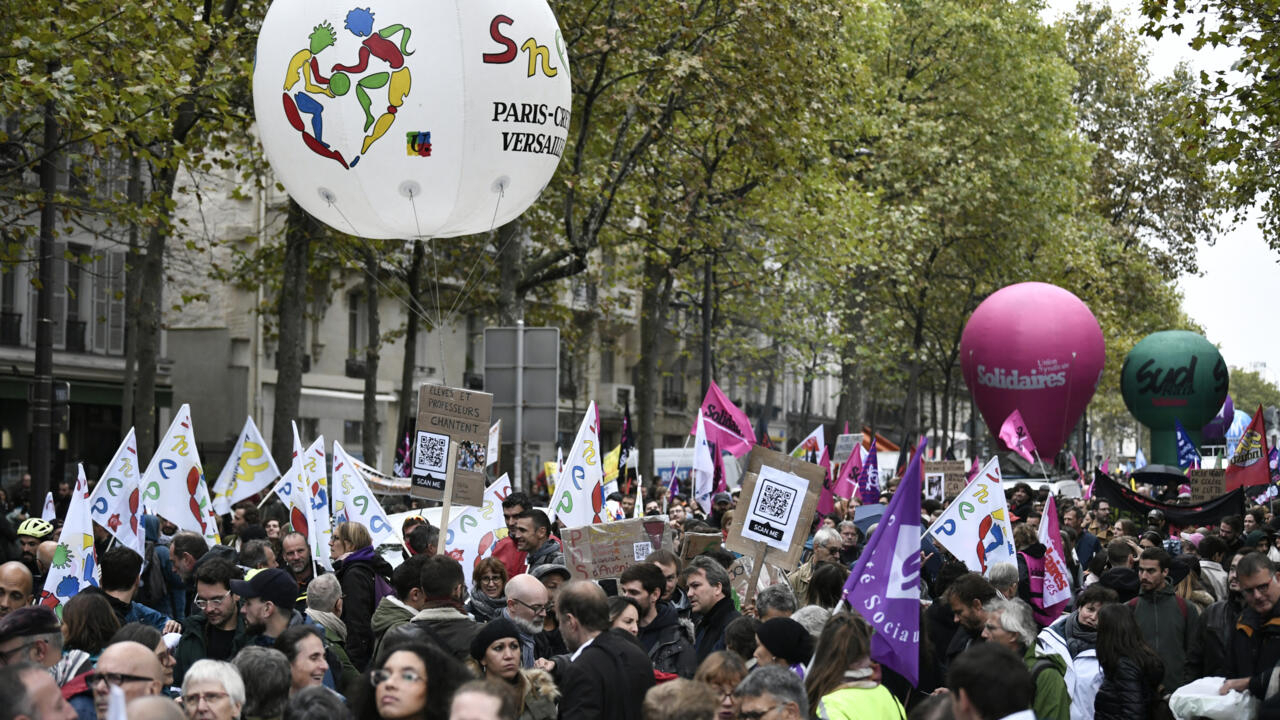 Demonstrators march during a rally as part of a national day of workers' strike to press for wage increases and an end to the planned pension reform, in Paris, on September 29, 2022. AFP - STEPHANE DE SAKUTIN

After two weeks of procrastination, Emmanuel Macron has decided: the pension reform will be the subject of a three-month consultation between the French government, the oppositions and the social partners.

The Head of State was reluctant to force through an amendment to the Social Security budget, but the warnings from some of his allies must have weighed in on his choice.

François Bayrou must have had a good evening on Wednesday.

The head of the Modem had multiplied the rants to call on Emmanuel Macron to choose the path of consultation.

It was his line that won in the evening during a dinner at the Élysée: two months of discussions to lead to a specific bill around Christmas.

Yet several government heavyweights were pushing to act quickly, convinced that opening a new round of talks would only serve to waste time.

The Head of State is procrastinating on the method, but he has set a red line: the reform should come into effect in the summer of 2023. Deadline.

And if the discussions with the unions were cut short, Emmanuel Macron could finally choose to go through an amendment.

Last stroke of pressure: if the Nupes and the RN voted for a motion of censure on pensions, Emmanuel Macron said he was ready to dissolve the Assembly.

A regular tensioning of his troops and the opposition.

For the head of La France insoumise Jean-Luc Mélenchon, present in the Paris demonstration for purchasing power this Thursday, it would rather be macronie which would be really threatened in the event of new legislative elections.

Jean-Luc Mélenchon: “It is especially for the macronists that it is a threat …”