North Korea fired two more short-range ballistic missiles that crashed into the Sea of ​​Japan on Thursday. It happened on the same day that US Vice President Kamala Harris visited South Korea and the demilitarized zone between North and South. - The decisions made in the last month show that North Korea is allowing nuclear weapons to play a more prominent role, says nuclear weapons expert Shannon Kile at the peace research institute Sipri. 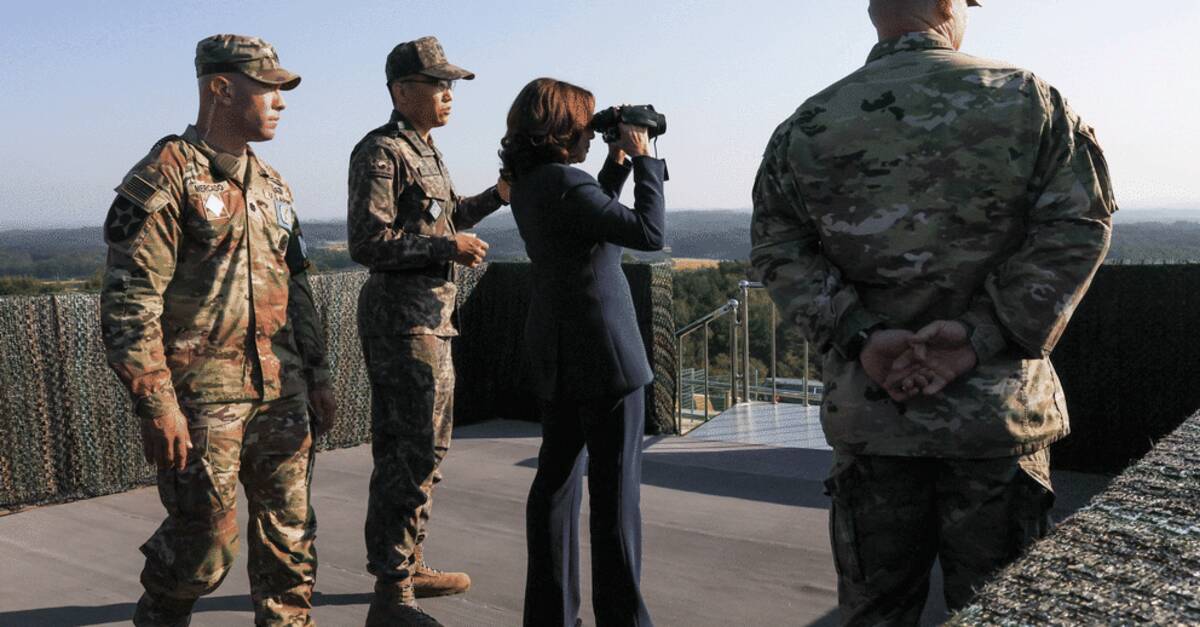 Two robots were launched just before 9 p.m. Thursday night local time, flying 350 kilometers at speeds up to Mach 5 (102 kilometers per minute) and crashing into the Sea of ​​Japan.

Harris had held a meeting with South Korean President Yoon Suk-Yeol and visited the Demilitarized Zone on the Korean Peninsula.

It was the third test conducted by North Korea in a week.

On Sunday they launched a short-range ballistic missile and on Wednesday two more.

- There is probably no doubt that the test took place.

Perhaps more interesting is what kind of robots were tested and what characteristics they have.

Are they new types of robots that we haven't seen before?

Are they modifications of older systems?

US Vice President Kamala Harris in the village of Panmunjom in the Demilitarized Zone on the Korean Peninsula.

This year, North Korea has conducted over 30 robot tests, and they have intensified during the war in Ukraine.

Do you see any connection to the war in Ukraine and Russia's role?

- The world community must, understandably, focus on the threats coming from Russia and President Putin regarding the use of nuclear weapons.

At the same time, we tend not to pay enough attention to the changes taking place in North Korea's nuclear weapons policy.

- The documents that have come out and the decisions that have been made in the last month show that North Korea is allowing nuclear weapons to play a more prominent role.

US Vice President Kamala Harris and South Korean President Yoon Suk-Yeo before a bilateral meeting where they discussed security on the Korean Peninsula Photo: AFP September 29, 2022

In recent weeks, there have been reports that North Korea is preparing to test detonate nuclear weapons.

It could happen within a month, according to South Korea.

- There is a growing perception that North Korea appears to be preparing test explosions of some kind at its nuclear test facilities.

How many would be difficult to say, but they are probably testing new types of warheads, new types of ballistic robots for new types of firing methods, Kile said.

North Korea has carried out a total of six test explosions of nuclear weapons, most recently in 2017.