Its speed reached 240 km.. Terrifying scenes of the effects of Hurricane Ian in Florida, USA

Hurricane Ian caused power outages in nearly two million homes in Florida, and led to catastrophic flooding in areas that were in its path, with winds reaching 240 kilometers per hour. 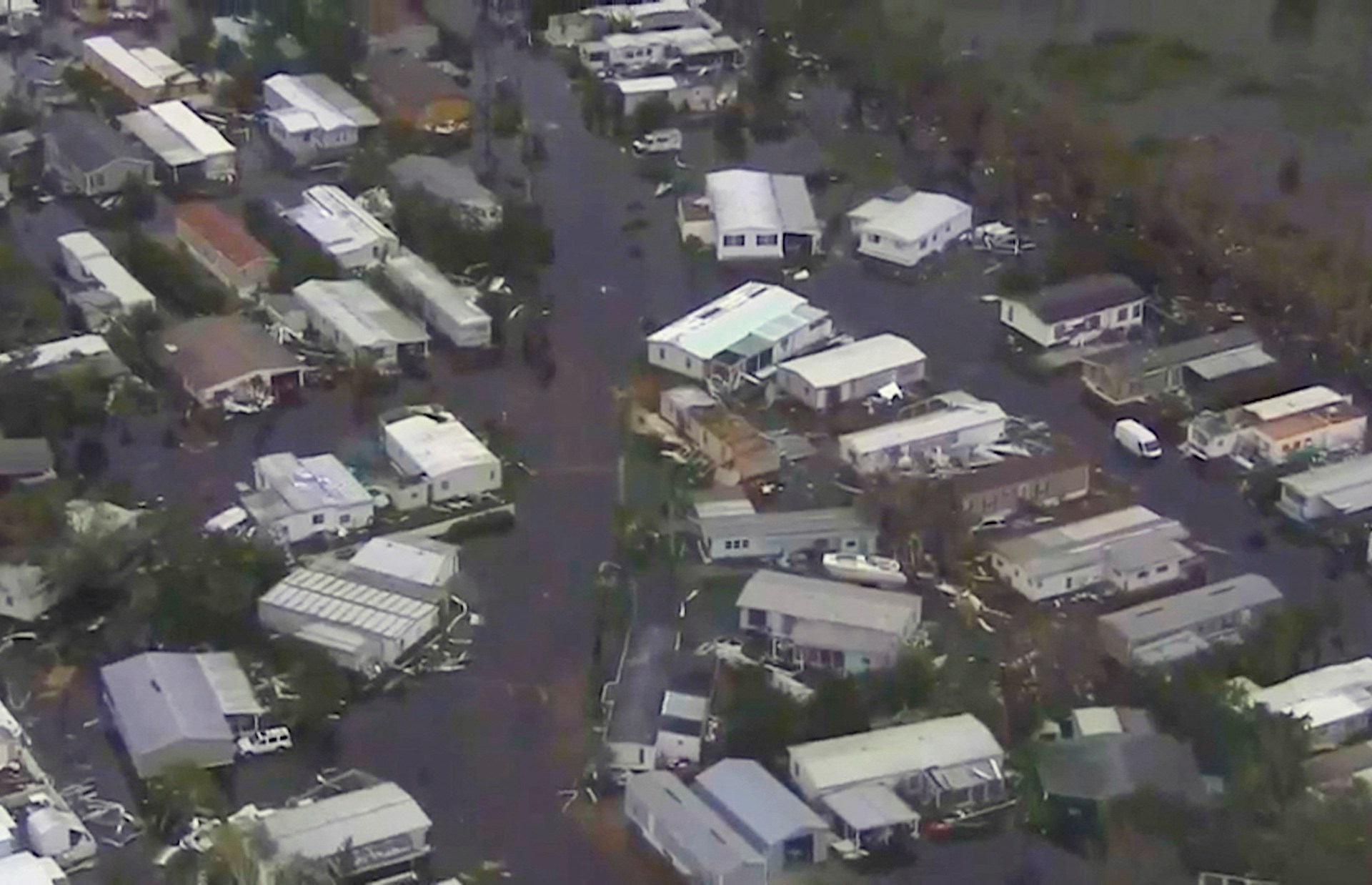 Hurricane Ian began to weaken as it headed toward central Florida, marking the beginning of the end of a powerful storm that hit the American coast with winds of 240 kilometers per hour, and the water level reached 4 meters in some areas.

However, southwest Florida is still experiencing "catastrophic" flooding and high winds and waves, and the coastal areas in the southwest of the state are still engulfed in darkness by the hurricane.

More than two million homes were without power in Florida, out of a total of 11 million, most of them around the path of the hurricane.

Several counties near where Ian made landfall were almost completely without electricity.

This hurricane is expected to affect several million people in Florida, as well as the states of Georgia and South Carolina.

Gulf Shore Boulevard on Vanderbilt beach looks like an ocean.

Cars are slamming up against buildings.

About 2.5 million people have received mandatory eviction orders in 12 coastal Florida counties, and voluntary evictions have been recommended in other counties.

And flooded the entire residential communities on Wednesday afternoon.

Got this from a friend in #Naples – just so sad.

The governor of Florida has confirmed that this hurricane is likely to be "one of the 5 most powerful hurricanes to hit Florida ever."

"This is a storm that will be talked about for many years to come," US National Weather Service Director Ken Graham told a news conference.

In this context, about 3,200 National Guard members have been called up to Florida, according to the Pentagon, while another 1,800 are still on their way to it.

My house in Naples, FL sent from a neighbor #HurricaneIan pic.twitter.com/Q4j64HJp9S

Near the archipelago of the Keys, bad weather caused a boat carrying migrants to capsize, and the Coast Guard was still looking for 20 people, after 3 were rescued, while 4 others managed to swim ashore.

On Wednesday, electricity was restored to some residents of Havana and 11 other provinces, but not in the three worst-affected provinces in the west of the country.