In Conakry, Guineans are satisfied to see the September 28 trial open

The trial of former Guinean dictator Moussa Dadis Camara and a dozen former military and government officials, which opened on Wednesday, has been adjourned. It will resume on Tuesday October 4th but, in the meantime,… 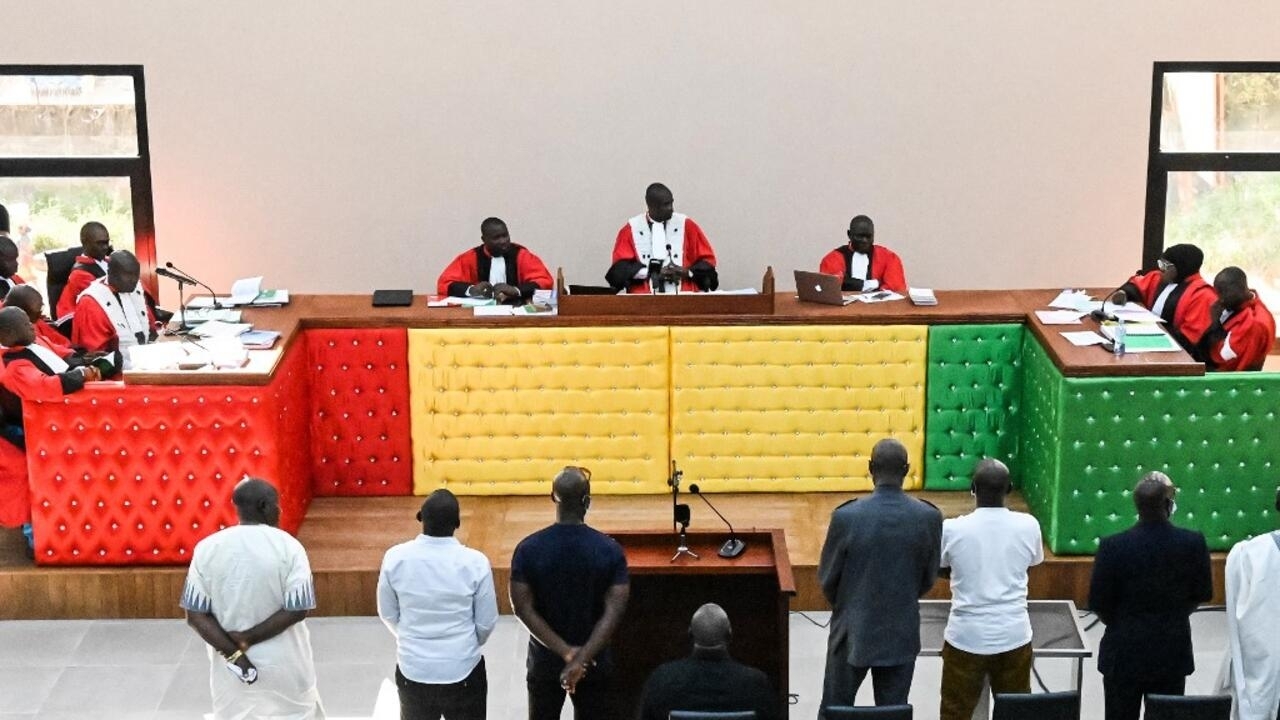 In Conakry, Guineans are satisfied to see the September 28 trial open

The defendants face the judge during the opening of the trial of the September 28 massacre in Conakry, September 28, 2022. AFP - CELLOU BINANI

The trial of former Guinean dictator Moussa Dadis Camara and a dozen former military and government officials, which opened on Wednesday, has been adjourned.

It will resume on Tuesday, October 4, but in the meantime, for many Guineans, the opening of this trial, 13 years after the events, is an unprecedented event.

A positive gesture in the fight against impunity in the country.

Especially for those whose relatives, friends, colleagues were victims of the violence committed at the Conakry stadium on September 28, 2009.

With our special correspondent in Conakry,

Installed in front of his small sanitary equipment shop, Amara Kourouma discusses with his customers the trial on the events of September 28, 2009: Amara Kourouma was not in court on Wednesday, but this seller is very proud to see that new infrastructures have been built and that such a trial can open in Guinea and not abroad.

We are happy with that, because when we manage to judge here, it's a big step for us.

Justice is for everyone.

Ibrahima Minata Diallo runs an NGO in the neighborhood.

For him, this trial is a first step in the fight against impunity.

It is truly a historic day for Guinea.

Guinea is the country that has experienced the most impunity in the sub-region.

We knew the regime of Sékou Touré.

Fifty thousand people lost their lives at Camp Boiro, but it was never brought to trial.

The nose in his furniture orders, Yamoussa Soumah, a young carpenter, believes that this trial will have beneficial effects in the medium term.

Those who are at the helm today are the ones who were leading us yesterday.

Today, it is their turn to be accountable.

And those who will come in the future, we hope that they too will follow an example so as not to commit the same crimes against the people.

Yamoussa is well aware that this trial is set to last several months.

For lack of time, he intends to view the summaries of this trial in the media.

To read also: As soon as it opens, the trial of September 28 in Guinea postponed to October 4