Demonstrations throughout France for wages and pensions

Demonstrations are planned all over France on Thursday, at the call of the CGT, FSU and Solidaires unions and youth organizations, to demand wage increases and give a warning shot... 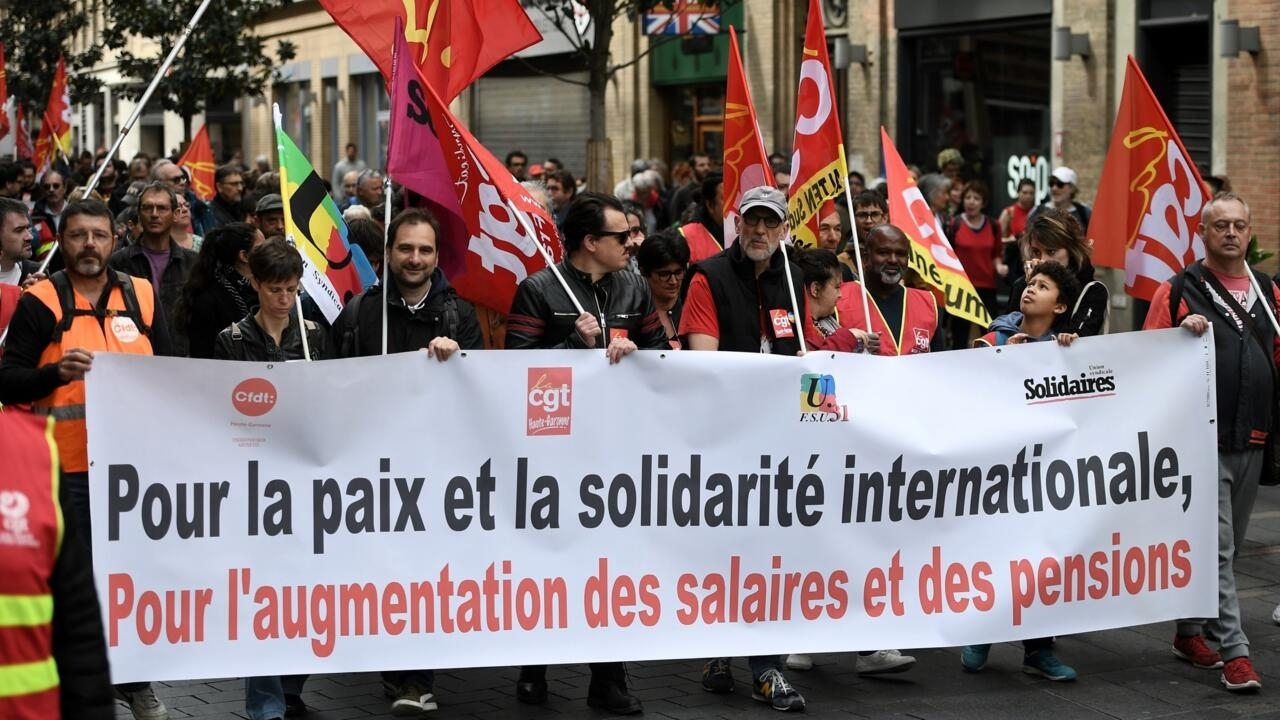 At least 200 gathering places are planned throughout France for this first day of interprofessional mobilization since the start of the school year, according to Céline Verzeletti, confederal secretary of the CGT.

In Paris, the procession will leave at 2:00 p.m. from Place Denfert-Rochereau, in the direction of Bastille.

A police source expects 3 to 6,000 people in the capital.

Among the participants, union representatives but also elected officials, the left-wing parties members of the Nupes and the NPA who supported this day of mobilization, as well as a group of associations.

The secretary general of the second French union, the CGT, Philippe Martinez said Tuesday to expect a mobilization "much higher than those of January and March", noting that there were "strike calls in many professions" .

Three out of four unions, including the CFDT-Cheminots, have called for a strike at the SNCF.

Disruptions are expected on the TER, Transilien in Ile-de-France, Intercités and Ouigo lines, but the TGV Inoui will run almost normally.

On the RATP side, where only the CGT is calling for a strike, the mobilization will be moderate with disruptions in buses, trams and RER B, but not in the metro or RER A.

To the initial slogan calling for an increase in wages, pensions, scholarships and social minima in the face of unprecedented inflation (+5.9% in August), was added the issue of pensions, which the executive is determined to move forward at full speed.

Government spokesman Olivier Véran hammered Wednesday that the pension reform was "necessary" and should come into force "in the summer of 2023", regardless of how it is initiated.

President Emmanuel Macron had promised during his campaign to raise the retirement age to 65.

The CFDT quickly let it be known at the beginning of September that it would not participate in this day of mobilization.

"It is company by company, branch by branch that we must act", declared its secretary general Laurent Berger.

FO, which had associated itself with most of the demonstrations organized by the CGT in recent months, this time decided to stay away.

Ten FO departmental unions, however, call for demonstrations, according to Fabrice Lerestif, of the UD35.

"Everything that the world of work has been able to conquer has always been achieved in the unity of trade union organizations. So we have to work on this issue of unity, it's essential to win things", Mr. Martinez commented last week.

The leader of the CGT does not doubt, however, that all the unions will meet, once the executive has put its pension reform project on the table, as they have succeeded in doing on unemployment insurance.

"All the trade unions in France are against the idea of ​​extending the retirement age. This is a good starting point for us to be able to organize days of mobilization for eight trade union organizations", he said. he says.

All the national trade union organizations (CFDT, CGT, FO, CFTC, CFE-CGC, FSU, Solidaires and Unsa) are to meet at Unsa headquarters on October 3.

"There could be an announcement of a demonstration" at the end of this meeting, according to Ms. Verzeletti.

The left-wing parties plan for their part to organize on October 16 a "big march against the high cost of living and climate inaction", without the support, for a time envisaged, of the CGT.