“There are a lot of questions”: how the situation with incidents on the Nord Stream gas pipelines is developing

Russia expressed its readiness to assist in the investigation of incidents on three strings of the Nord Stream gas pipelines. At the same time, the press secretary of the President of the Russian Federation Dmitry Peskov stated that Gazprom has the right to participate in the process as one of the owners of the highways. Many European politicians agree that the emergency could be the result of sabotage, but some of them were quick to blame Russia. The meeting of the UN Security Council, dedicated to the emergency on the trans-Baltic pipelines, will be held on September 30. 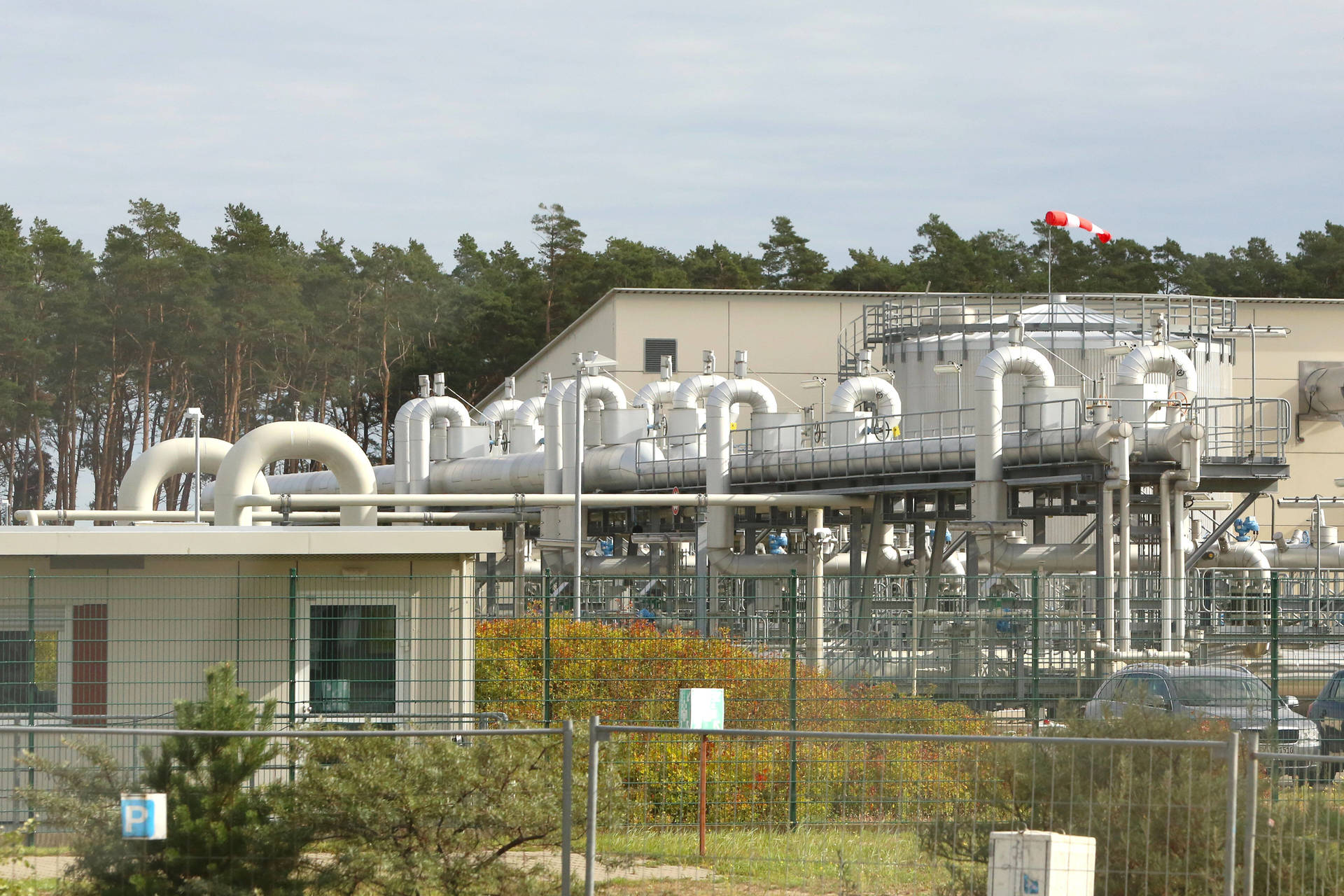 Russia has declared its readiness to contribute to the investigation of incidents on the Nord Stream 1 and Nord Stream 2 gas pipelines.

In particular, the press secretary of the President of the Russian Federation Dmitry Peskov pointed out the need for a dialogue between Moscow and European countries on this issue.

“There are a lot of questions... This is a situation that requires dialogue, which requires prompt interaction of all parties in order to find out as soon as possible what happened, assess the damage, and predict actions to correct this situation.

So far, of course, we see an absolute shortage of such a dialogue,” he said.

Peskov also stressed that Russia intends to seek admission to the investigation of Gazprom, one of the owners of the damaged pipelines.

In turn, Deputy Foreign Minister Alexander Grushko noted that Moscow would study proposals for participation in investigative measures from European countries if it received a corresponding request.

“If there are any appeals, we will consider them, as far as I know, there have not been any,” he stressed.

And the First Deputy Permanent Representative of the Russian Federation to the UN Dmitry Polyansky in his Telegram channel said that the Russian side had requested an urgent meeting of the UN Security Council.

It is set for September 30th.

As SVT TV channel reported with reference to the Swedish National Seismic Center, two underwater explosions were recorded on the routes of both highways.

The Nord Stream AG company called the damage to pipelines unprecedented, finding it difficult to name the time frame in which restoration work could be carried out.

Danish maritime authorities have established a five-mile security zone in the area of ​​the incident.

In turn, the Swedish security service launched a preliminary investigation, qualifying the incident as a "gross sabotage."

As reported in the department on September 28, they do not exclude that foreign forces may be behind the state of emergency.

The Prosecutor General's Office of Russia also began its investigation.

A case has been opened under Part 1 of Art.

361 of the Criminal Code of the Russian Federation (“Act of International Terrorism”).

Meanwhile, the newspaper Der Tagesspiegel, citing sources in the German government, reported that German security services suggest that all three damaged gas pipelines may forever remain unusable if they are not repaired soon.

The reason is excessive ingress of salt water into the pipes, which will cause corrosion.

According to the publication, the federal police will strengthen control over the territorial waters of Germany and will closely monitor the routes of critical infrastructure.

The Nord Stream pipelines running along the bottom of the Baltic Sea make it possible to pump gas directly from Russia to Germany in a total volume of up to 110 billion cubic meters.

A number of European politicians have already reacted to the incident.

Swedish Foreign Minister Ann Linde on her Twitter expressed the opinion that a large-scale gas leak was the result of explosions caused by sabotage.

“We continue to collect information and do not exclude any causes, subjects or motives,” she wrote.

In turn, the head of the European Commission, Ursula von der Leyen, noted the deliberate violation of the European energy infrastructure, threatening to respond accordingly.

“Any deliberate disruption of the functioning of the existing European energy infrastructure is unacceptable and will lead to the strongest response,” she said on Twitter, without specifying to whom her threats are intended.

A similar statement was made by the head of European diplomacy, Josep Borrell, who noted the non-randomness of the incidents.

“All the information at our disposal indicates that these leaks are the result of a deliberate act.

We will support any investigation aimed at obtaining complete clarity regarding the nature and causes of what happened, ”he stressed.

He called the emergency at Nord Stream a sabotage and an attempt to destabilize Europe's energy supply.

“It is also a reminder that we must prioritize our own energy security.

We must choose our energy partners carefully.

Nord Stream is neither reliable nor safe,” the politician noted.

In turn, Latvian Prime Minister Krisjanis Karins called on the EU and NATO to conduct a joint investigation into the circumstances of the incident.

The United States also announced that it was monitoring the situation with Nord Stream.

At the same time, although Washington has so far refrained from speculating about the causes of the emergency, they have already pointed out the relevance of alternative routes for gas supplies to Europe.

“This only highlights the importance of our joint efforts to provide Europe with alternative sources of gas, support efforts to reduce gas consumption and accelerate true energy independence through the transition to a clean energy economy,” said White House Press Secretary Karine Jean-Pierre. .

"Must answer the question"

In Poland, various versions are already being put forward regarding the incidents at Nord Stream: in particular, there are accusations against Russia.

Thus, the country's Prime Minister Mateusz Morawiecki called the alleged act of sabotage on September 27 "a signal from the Russian Federation."

“This clearly demonstrates the means to which the Russians are resorting to further destabilize Europe.

The situation is already very complicated, and the Russians are only adding fuel to the fire, sowing confusion, ”Polish media quoted him as saying.

And the MEP, former Polish Foreign Minister Radoslaw Sikorski, on his Twitter directly thanked the United States, posting a photo from the scene of the incident.

At the same time, he later clarified that he was only putting forward “working hypotheses” about who had the motive and the ability to arrange explosions.

Foreign Ministry spokeswoman Maria Zakharova reacted to Sikorsky's remark, wondering if his words could be considered "an official statement about a terrorist attack."

Later, she recalled statements made in January and February of this year by US President Joe Biden and Deputy Secretary of State Victoria Nuland regarding Nord Stream, unequivocally threatening to decommission them.

“U.S. President Joe Biden is obliged to answer the question of whether the United States of America realized its threat on September 25 and 26, 2022, when an emergency occurred on the three lines SP-1 and SP-2, which is tentatively qualified as a pipeline rupture, speculating about their undermining," Zakharova stressed.

In turn, Dmitry Peskov noted: “There are a lot of questions.

Do you remember the statements of the President of the United States, which were made back in early February, who then promised to get rid of Nord Stream 2.

What the President of the United States had in mind, we do not know.

We see ... the hysterical-euphoric reaction of the Poles bordering on insanity, who thank the United States for this.

Meanwhile, Senator Konstantin Dolgov, in an interview with RT, called the questionable situation in which European countries are in no hurry to invite Russia to participate in the investigation, which has every right to do so.

“These gas pipelines have owners, first of all we are talking about Gazprom.

Since he is directly related to this, then we are talking about obstruction in the performance of relevant contractual obligations.

Europe must understand that an objective investigation of incidents is impossible without the participation of Russia.

Otherwise, either someone is not interested in him, or the perpetrators are already known to someone, ”Dolgov said.

The senator also emphasized the ridiculousness of attempts by some European politicians to lay responsibility for the incident on Russia and pointed to the US interest in breaking energy ties between the Russian Federation and Europe.

“We all perfectly understand the politicization of Europe's energy supply by Washington.

This is a topic that directly works against the interests of the population of the EU countries.

I hope that the logic of inclusiveness will still prevail in this investigation.

However, so far there is a clear lack of contacts between the EU and the Russian side on this topic.

Although a prompt and comprehensive investigation should be a priority for European countries if they consider themselves sovereign states,” Dolgov concluded.