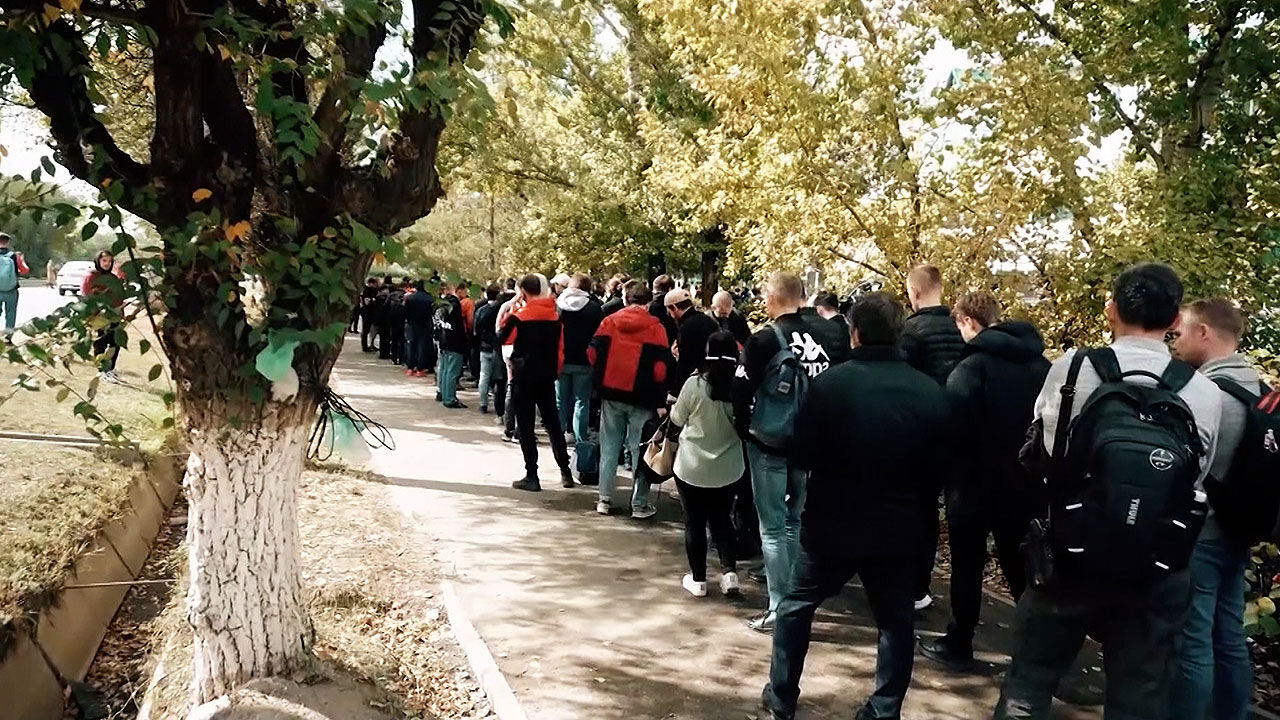 On the 21st, President Putin issued a partial mobilization order for reservists to replenish soldiers to be sent to the battlefield in Ukraine.

In a video uploaded to SNS, vehicles lined up in long lines at border checkpoints in Mongolia, Kazakhstan, Georgia (Russian name Georgia) and Finland, which border Russia, were captured.

However, it is difficult to accurately estimate the number of Russian migrants as not all Russian border countries regularly publish arrival statistics.

The Central Asian Kazakhstan government, which released statistics on inbound travelers, said on the 27th that 98,000 Russians entered the country in about a week.

Georgia's Interior Ministry in the Caucasus reported that 53,000 Russians have entered the country since Russia's mobilization order was issued, and the number of daily arrivals has increased from 5,000 to 6,000 to 10,000.

Frontex, in charge of border defense operations in EU member states, announced that 66,000 Russians had entered the EU in the week to the 25th, an increase of more than 30% compared to the previous week.

There are also claims that more Russians have gone abroad.

Novaya Gazeta Europe, an independent Russian newspaper with an editorial office in Latvia, claimed that 261,000 people had left Russia by the 25th, citing data from the Russian security authorities it had obtained.

"I left because of dissatisfaction with the current government," said Aleksandr Oleinikov, a bus driver who crossed overland from Moscow to Georgia. "A lot of people I know are against the war."

"There are a lot of people at the border, weeping and screaming," said Aleksandr Kamisenchev, who fled to Georgia from the southern city of Saratov.

"The (Russia) government wants to close the border, but on the other hand it seems to be allowing people to leave as protests could follow," he said.

The New York Times also introduced that Russian authorities are trying to crack down on the escape procession of their own citizens.

The head of the Autonomous Republic of North Ossetia, Sergei Menjailo, who borders Georgia in the southwestern region of Russia, said in a telegram that he ordered "restricting vehicles from entering North Ossetia and issued a warning to the region."

Russian state media reported that Russians waiting to depart from the Georgian border had received a summons warrant.

The New York Times predicted that the Russian government's plan to mobilize 300,000 people is unlikely to be disrupted, as many Russians have no means of evading a call and leaving the country, although the mass evacuation of Russians is unusual.