The Revolutionary Guards threatened more.. Dozens of dead and wounded in Iranian bombing of Iraqi Kurdistan, and Baghdad summons Tehran's ambassador to protest

9 people were killed and at least 32 others were wounded in an Iranian bombing that targeted several sites of Iranian Kurdish opposition parties in the Kurdistan region of Iraq today, while Baghdad intends to summon the Iranian ambassador to protest. 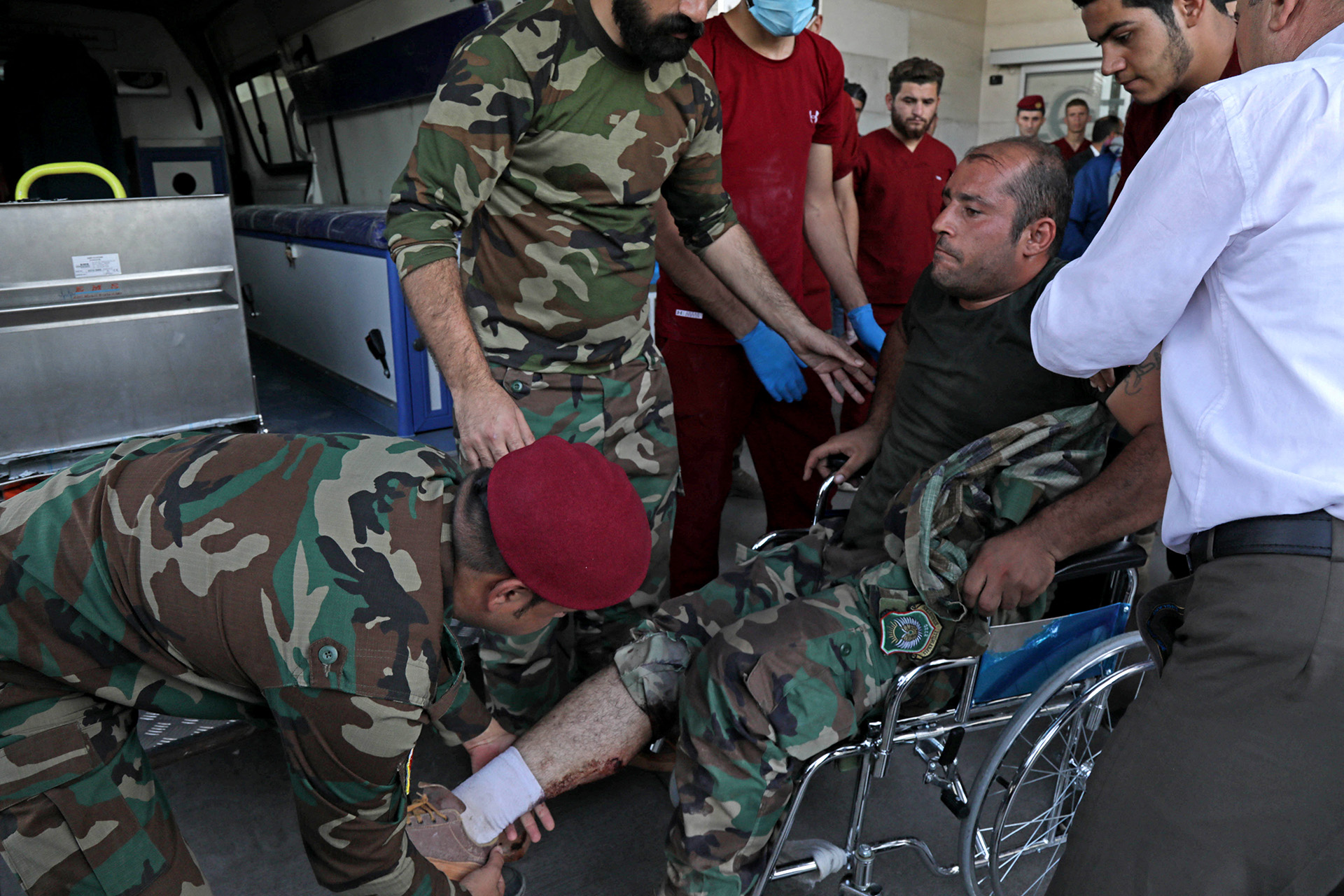 9 people were killed and at least 32 others were wounded in an Iranian bombardment targeting several sites of Iranian Kurdish opposition parties in the Kurdistan region of Iraq today, Wednesday, at a time when Baghdad intends to summon the Iranian ambassador to protest.

And the Ministry of Health of the Kurdistan Regional Government announced in a statement that "9 people were killed and 32 others were wounded."

A senior official in the KRG indicated that "there are civilians among the victims," ​​adding that at least one civilian was among the dead.

The Kurdistan government condemned the Iranian bombing, noting "repeated breaches and violations of the sovereignty of the territory of the Kurdistan region."

And she said in a press statement today, Wednesday, that the bombing "inflicted a number of dead and wounded, in a dangerous development that threatens the security and sovereignty of Iraq, and multiplies the effects of fear and terror on the safe civilians."

She added that what she described as "unilateral, provocative actions complicate the security scene and cast a shadow over the region and will only contribute to more tension."

The Iranian bombing came after Iranian authorities accused armed Iranian Kurdish opponents of being involved in the ongoing unrest in the country, especially in the northwest of the country where most of Iran's 10 million Kurds live.

Iraqi Kurdish sources said that the drone attacks targeted at least 10 bases of Iranian Kurds near Sulaymaniyah in Iraqi Kurdistan this morning, Wednesday, but without giving details of possible casualties.

The Iranian Revolutionary Guard said today, Wednesday, that it had bombed with missiles and drones military targets in the Kurdish region in northern Iraq.

The Iranian Revolutionary Guard stated that it will continue to target those it describes as terrorists in the region.

"This operation will continue with our full resolve until the threat is effectively eliminated and the bases of terrorist groups are dismantled, and the Kurdish region's authorities assume their obligations and responsibilities," he said in a statement broadcast on state television.

In response, the Iraqi Foreign Ministry announced in a statement issued by its spokesperson today, Wednesday, that Baghdad intends to summon the Iranian ambassador to Iraq, as an expression of protest against the bombing of several areas in the Kurdistan region in the north of the country.

The statement stated that "the Iranian ambassador in Baghdad will be summoned urgently to hand him a strongly worded protest note due to the ongoing bombing operations" on the region.

For its part, the United Nations mission in Iraq considered that the Iranian military bombing of areas in the Kurdistan region is a "reckless act that has serious consequences, and these attacks must stop immediately."

The mission said in a press statement today that "Iraq, including the Kurdistan region, rejects the idea that it can be treated as a backyard area where neighbors routinely and impunity violate it."

On the other hand, official Iraqi media reported that 3 Katyusha rockets fell inside the Green Zone in the heart of the Iraqi capital, Baghdad, today, Wednesday, during a session of Parliament.

It added, quoting a statement by the Security Media Cell, that the bombing caused the injury of 4 security men, including an officer, as well as damage to a number of cars and a building in the area.