The island crisis.. A meeting of the Turkish Security Council and Erdogan to Washington: Your support for Greece will open the door to an arms race

The Turkish National Security Council called on “the parties that encourage Greece” in the issue of arming islands in the Aegean Sea to “adhere to the side of wisdom,” while President Recep Tayyip Erdogan warned the United States that its support for Athens would lead to an arms race. 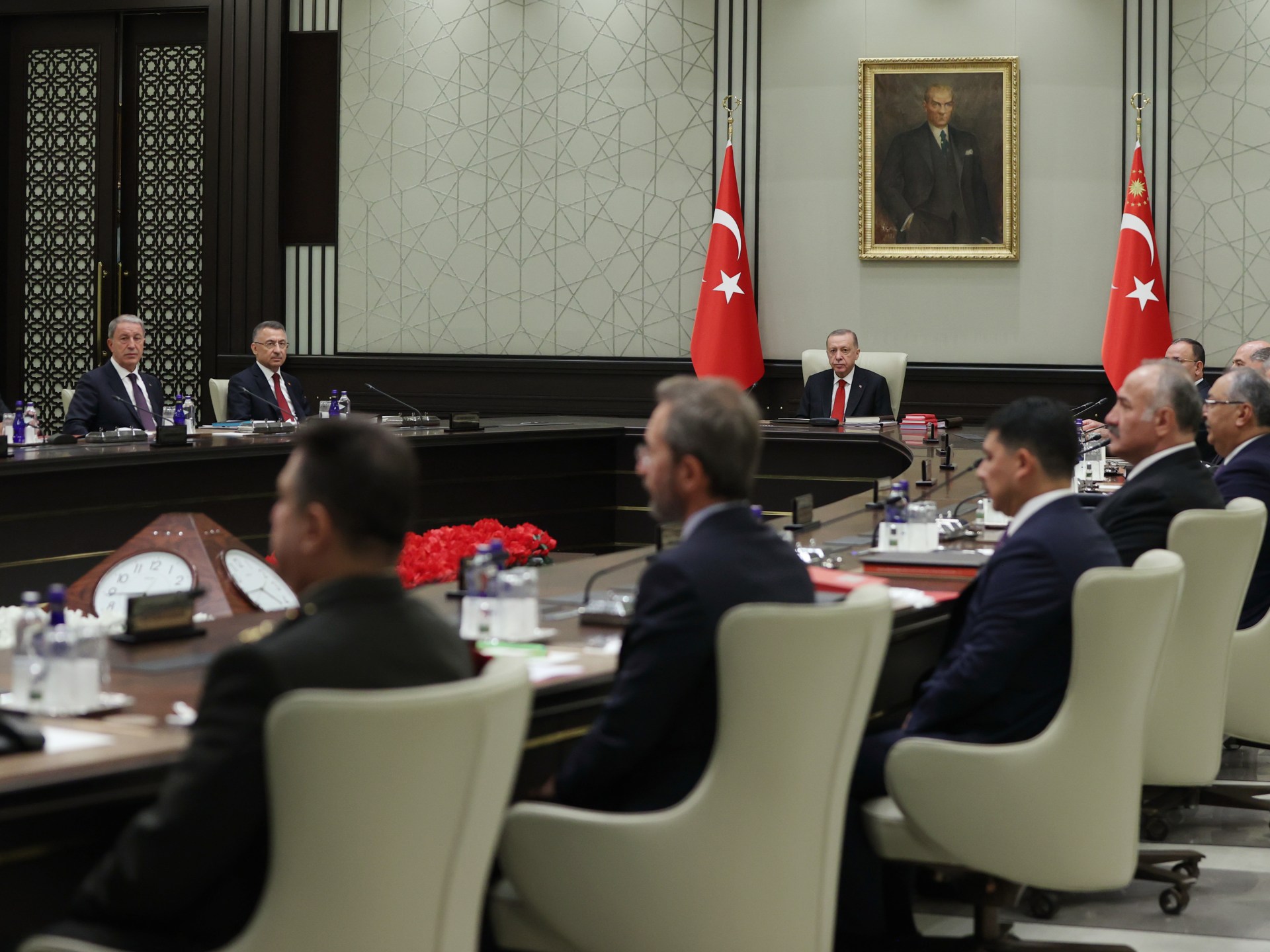 Turkey's National Security Council called on what it described as "the parties that encourage Greece" in the issue of arming islands in the Aegean Sea to "adhere to the side of wisdom", at a time when President Recep Tayyip Erdogan warned the United States that its support for Athens in arming the islands would open the door to an arms race in the region .

The council said - in a statement after its meeting today, Wednesday, chaired by Erdogan - that Turkey will not refrain from using "all legitimate methods and tools" to protect the interests of its people against Greece's efforts, which he described as "absurd."

After the meeting, the Turkish president said that his country is waiting for the United States not to push Greece into miscalculation, and not to allow international public opinion to be manipulated.

Turkey and Greece exchanged warnings about their dispute over the islands, while Washington called on the two countries for dialogue and de-escalation, stressing their importance in the North Atlantic Treaty Organization (NATO).

Erdogan said earlier that his country is ready to take "non-diplomatic" ways if Greece continues to plot conspiracies against his country.

On Monday, he denounced Greece's "provocations" in the Aegean, stressing that Turkey "follows with astonishment the policies of its neighbor Greece, which smells of provocation... and it is a dangerous game for it."

On the other hand, Athens rejected what it described as "Ankara's objections," noting that they were "unfounded and contrary to international law," according to a Greek diplomatic source.

Greek Prime Minister Kyriakos Mitsotakis said that Greece will remain calm and confident of positions backed by international law, and not follow the path chosen by its neighbor Turkey, and warned Ankara that it is facing not only Athens, but Europe and NATO allies.

The United States urged both sides to maintain peace and security in the Aegean, and to resolve differences diplomatically.

On Tuesday, the US Department of Defense (the Pentagon) called them for dialogue and de-escalation, stressing their importance in NATO.

"In terms of our bilateral relations, Turkey is a very important NATO ally," Pentagon spokesman Patrick Ryder said. "We will continue to work closely with our allies in the alliance, including Turkey."

The US State Department spokesman also indicated in previous press statements that the time was not appropriate to escalate tensions between NATO partners, after Greece armed the demilitarized islands of Mudallali and Sisa in the Aegean Sea.