The gas leaks in the Baltic Sea - this has happened

Since Monday, gas has been leaking from the Russian gas pipelines Nord Stream 1 and 2. The Swedish government has confirmed that two explosions took place in the Baltic Sea, and Säpo is now investigating whether it is suspected serious sabotage. This is what has happened so far. 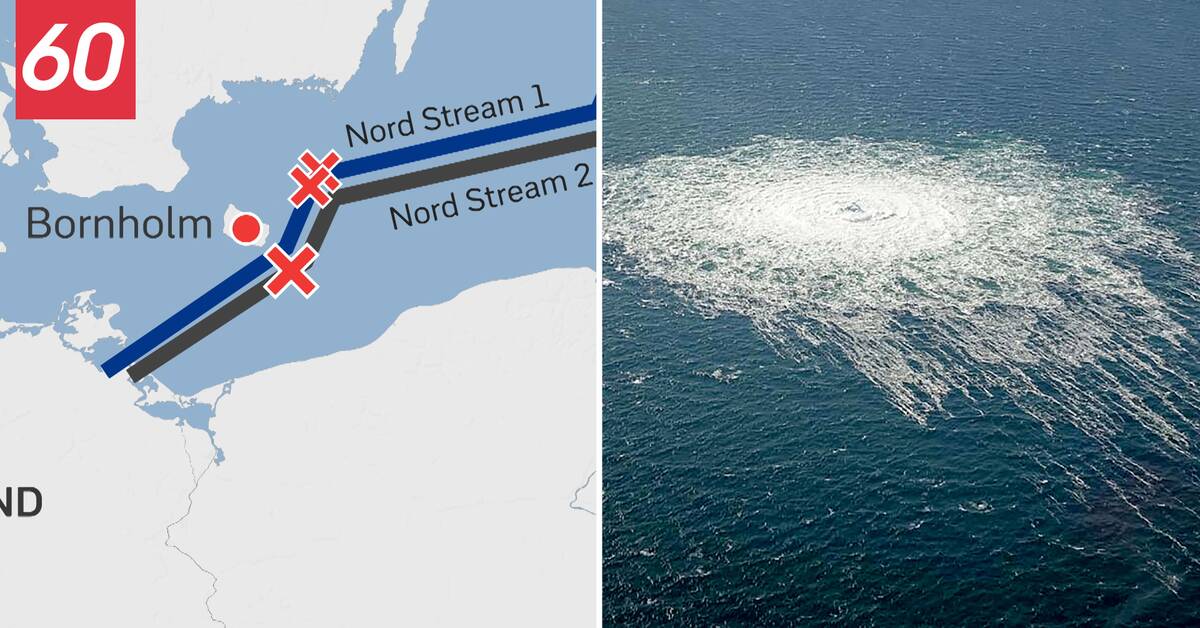 • At 2 pm on Monday, the Danish Maritime Authority alerts that a gas leak has occurred in a Nord Stream 2 pipeline in the waters off Bornholm.

At 20:00 it is confirmed that Nord Stream 1 is also leaking.

The Swedish Maritime Administration receives warnings at about the same time.

Ships were prohibited from operating near the sites.

• The leaks are in Sweden's and Denmark's economic zones, which is not the same as the suspected sabotage taking place in territorial waters.

There is also no Swedish or Danish ownership in the gas pipelines.

Therefore, it is not an attack that took place on Swedish or Danish territory, said Prime Minister Magdalena Andersson (S) on Tuesday evening.

Several authorities and assessors in many countries note the same.

The Danish Energy Agency stated on Wednesday afternoon that half of all gas is gone from the pipes.

- On Sunday, everything is gone, said the head of the Swedish Energy Agency, Kristoffer Böttzauw, at a press conference in Copenhagen.

• During Wednesday, it is confirmed that Säpo will take over the investigation.

"The security police are taking over the investigation because it may be a serious crime that may at least partially be directed against Swedish interests.

It is also not possible to rule out that a foreign power is behind it," writes Säpo in a press release.

During it, it emerged that the Swedish government has been in contact with a number of European countries.

Many have offered their help if needed, said Foreign Minister Ann Linde (S).