Power cuts across Cuba due to Ian's damage

Cuba plunged into darkness the night before last, after Hurricane Ian severely damaged the electrical grid, resulting in a power outage on the entire island, according to the state electricity company, Union Electrica, and the company said in a tweet on Twitter that the country «without k 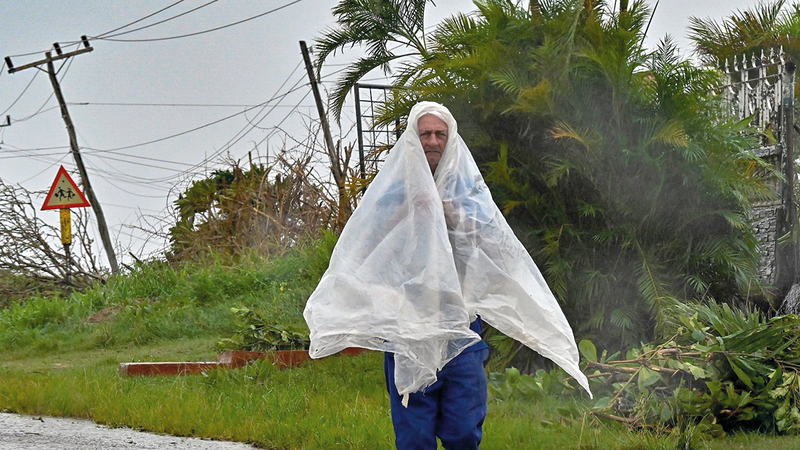 Power cuts across Cuba due to Ian's damage

The company said in a tweet on Twitter that the country is "without electricity service," noting that this power outage was caused by the damage caused by the passage of "Ian", a category three hurricane that swept the west of the island without claiming lives there. He continued on his way to Florida, USA.

The hurricane left extensive destruction on the island, especially in its west, as it took more than five hours to pass the day before yesterday morning.

Then the hurricane completed its path over the Gulf of Mexico, heading to the United States.

Florida is preparing to receive a direct hit from "Ian", the "extremely dangerous" hurricane, whose arrival in the southern United States was preceded by strong winds.

In Cuba, about 40,000 people were evacuated from their homes in the hurricane-hit Pinar del Rio province, according to the authorities.

In the city of Pinar del Rio, video footage taken by Agence France-Presse showed power lines cut by the storm and to the ground, and rooftops scattered on the flooded streets.

In a video clip posted on social media, a 70-year-old resident of the city said: "It is ruin and destruction. These are terrifying hours. There is nothing left here."

According to the US National Hurricane Center, "Ian" is expected to gain more strength before it hits the west coast of Florida, at which time it will be classified as a major and "extremely dangerous" hurricane.

On the other hand, Hurricane "Ian" forced "NASA" and "SpaceX" to set a new launch date for the agency's mission, "Crow-5" to the International Space Station.

The launch, which was originally planned for October 3, will now take place at least a day later.

Mission teams will continue to monitor the effects of Hurricane Ian on the Space Coast and NASA's Kennedy Space Center in Florida, and can adjust the launch date again if necessary.

"The safety of the crew, ground teams, and equipment is of utmost importance to NASA and SpaceX," NASA said in a statement.

Ian made landfall in Cuba yesterday morning, with maximum winds of 195 kilometers per hour, according to the National Hurricane Center.

"(Ian) is expected to approach the west coast of Florida as a very large and dangerous hurricane," the center said.

Ian is expected to approach the west coast of Florida as a very large and dangerous hurricane.