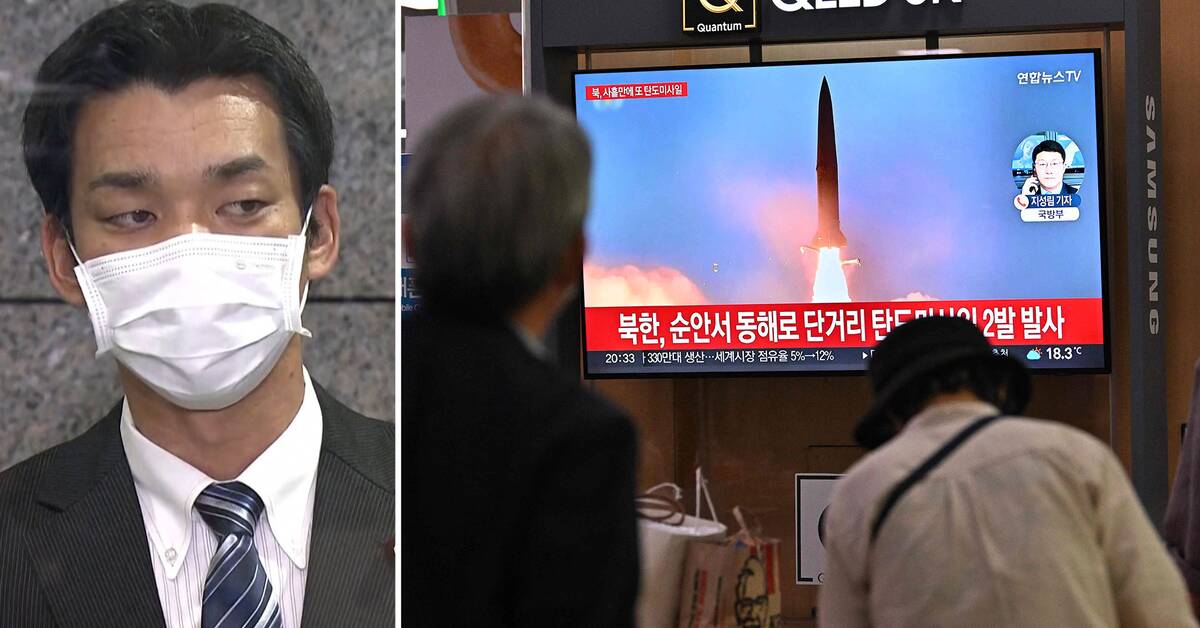 Since the beginning of 2022, North Korea has conducted over 30 robotic tests.

They have intensified during the war in Ukraine.

Today's robotic firings are said to have taken place from the Sunan area of ​​Pyongyang at 6pm on Wednesday evening local time.

The short-range robots on Wednesday flew about 360 kilometers at a maximum altitude of 30 kilometers and at top speeds of about Mach 6 (122.5 kilometers per minute), according to South Korea's military command.

This is North Korea's second robot test in a week.

It too crashed into the Sea of ​​Japan.

US nuclear-powered aircraft carrier Ronald Reagan at a naval base in South Korea.

On Wednesday, US Vice President Kamala Harris was aboard the USS Howard at the Yokosuka naval base south of Tokyo.

At the same time, a large naval exercise is taking place in the Sea of ​​Japan in which both South Korea and the United States participate.

It began on Monday and is the first allied exercise in five years near the Korean Peninsula, according to Yonhap.

The United States participates, among other things, with the Ronald Reagan aircraft carrier group, a group with a central role in the US Navy.

The exercise began Monday and is the first allied exercise in five years near the Korean Peninsula, according to Yonhap.

North Korean dictator Kim Jong-Un in Pyongyang as the communist state celebrates 74 years since its founding.

The Sea of ​​Japan between the Korean Peninsula and Japan Photo: Map Google

In recent weeks, there have been reports that North Korea is preparing a test explosion of nuclear weapons.

A nuclear test could take place within a month, according to South Korea.

North Korea has carried out six test explosions of nuclear weapons, most recently in 2017.