The European Union threatened a strong response to what it described as the deliberate sabotage of two pipelines, "Nord Stream" to transport Russian gas to Europe via the Baltic Sea, while Moscow denied its involvement and offered to conduct a joint investigation. 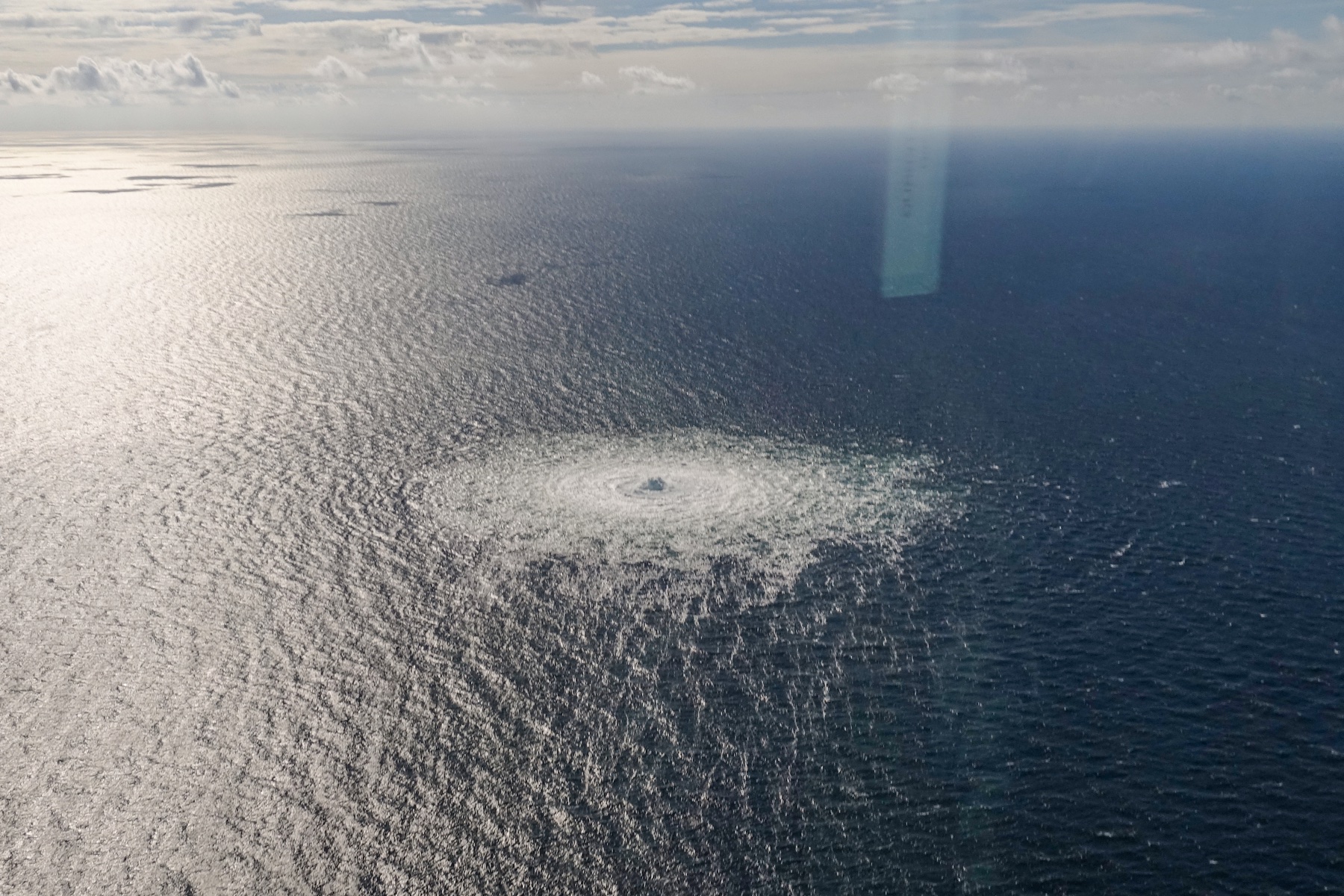 The European Union threatened, today, Wednesday, a strong response to what it described as the deliberate sabotage of the two pipelines "Nord Stream" transporting Russian gas to Europe via the Baltic Sea, while Moscow denied its involvement and offered to conduct a joint investigation.

"Any deliberate tampering with European energy facilities is totally unacceptable and will be met with a strong and united response," Josep Borrell, the EU's foreign policy coordinator, said in a statement on behalf of the 27 member states.

Borrell added that all available information indicates that the gas leakage from the Nord Stream 1 and 2 pipelines in the Baltic Sea was caused by a deliberate act.

For his part, the President of the European Council, Charles Michel, today expressed his grave concern over the damage caused to the Nord Stream pipelines.

Michel said that all information indicates that the accident was fabricated, and that those responsible for sabotaging the pipeline will bear the responsibility and pay the price, noting that the European Union's efforts to diversify energy sources away from Russian gas are continuing.

In turn, Danish Foreign Minister Jeppe Kofod stressed that any sabotage of European energy infrastructure would be met with a strong and coordinated response.

European Commission President Ursula von der Leyen and Danish Prime Minister Mette Frederiksen announced yesterday that the gas leaks - which were monitored in the two Nord Stream pipelines - were the result of a sabotage act.

The spill occurred to the northeast of the Danish island of Bornholm, and was large, with a diameter of one kilometer.

The development came amid a heated row between the European Union and Russia over the war in Ukraine, which has sparked an energy crisis in Europe, which is largely dependent on Russian gas.

Investigations are underway, with the participation of Denmark, Sweden and Germany, to determine the cause of what are believed to be explosions in the Nord Stream lines under the Baltic waters.

In this context, Danish seismic stations said that the vibrations recorded last Monday are more similar to those caused by explosions than earthquakes.

Swedish Foreign Minister Anne Linde said that her country does not consider the incident an attack targeting it because it took place outside its territorial waters, and added that it was not possible to guess the identity of who was behind the incident, noting that her American counterpart Anthony Blinken promised her support to discover the circumstances of what happened.

For his part, Blinken said that the gas leak from the Nord Stream pipelines would not serve anyone if it was proven that it was caused by an attack or sabotage, adding that the leak would not have any impact on the energy resilience of the European continent.

NATO Secretary General Jens Stoltenberg said today that the gas leak was due to an act of sabotage, adding that he had discussed the protection of critical infrastructure in the alliance countries with the Danish Defense Minister.

In Norway, the Minister of Energy announced today raising the level of security preparedness in all oil facilities after the recent leakage of gas from pipelines carrying Russian gas under the Baltic Sea.

In Russia, the Kremlin said today that assumptions about involvement in the Nord Stream accident are "predictable, stupid and absurd."

He added that Russia was determined to participate in the investigation into the incident, and that it was awaiting further information from Denmark and Sweden about what happened.

Before that, Kremlin spokesman Dmitry Peskov said that what happened in the two pipelines is unprecedented and requires investigation, adding that no hypothesis about damage to the pipelines, including sabotage, can be ruled out.

The Russian Foreign Ministry also said that Moscow is ready to consider requests from European Union countries, regarding a joint investigation into the gas leak from the Nord Stream pipelines.

The Russian statements came after officials in Poland and Ukraine made statements pointing to Moscow's possible involvement in sabotaging Nord Stream lines.

While the Polish Foreign Ministry suggested that what happened might be a provocative act on the part of Moscow, Deputy Foreign Minister Marcin Przydach said, "Russia always pursues an aggressive policy," stressing that Moscow cannot rule out any such provocations.

In turn, Polish Prime Minister Mateusz Morawiecki considered that the gas leak from the Nord Stream pipelines is an act of sabotage that may indicate a new stage of escalation of the situation in Ukraine.

In the same context, Mikhail Podalak (adviser to the head of the Ukrainian President's office) accused Russia of carrying out an attack that led to a large-scale leak of gas from the two Nord Stream pipelines.

Budaliak said - in a tweet on Twitter - that the best response to this should be providing Ukraine with tanks, especially German ones.

On the other hand, the German newspaper "Der Spiegel" reported that US intelligence had warned the German government of planned attacks on Nord Stream pipelines in the Baltic Sea.