Mexico City, world capital of culture and its political stakes

Promoting cultural diversity on Netflix, Spotify or YouTube, fighting against the trafficking of Mayan or Yoruba heritage: these are two of the issues on the table of a world summit for the culture of… 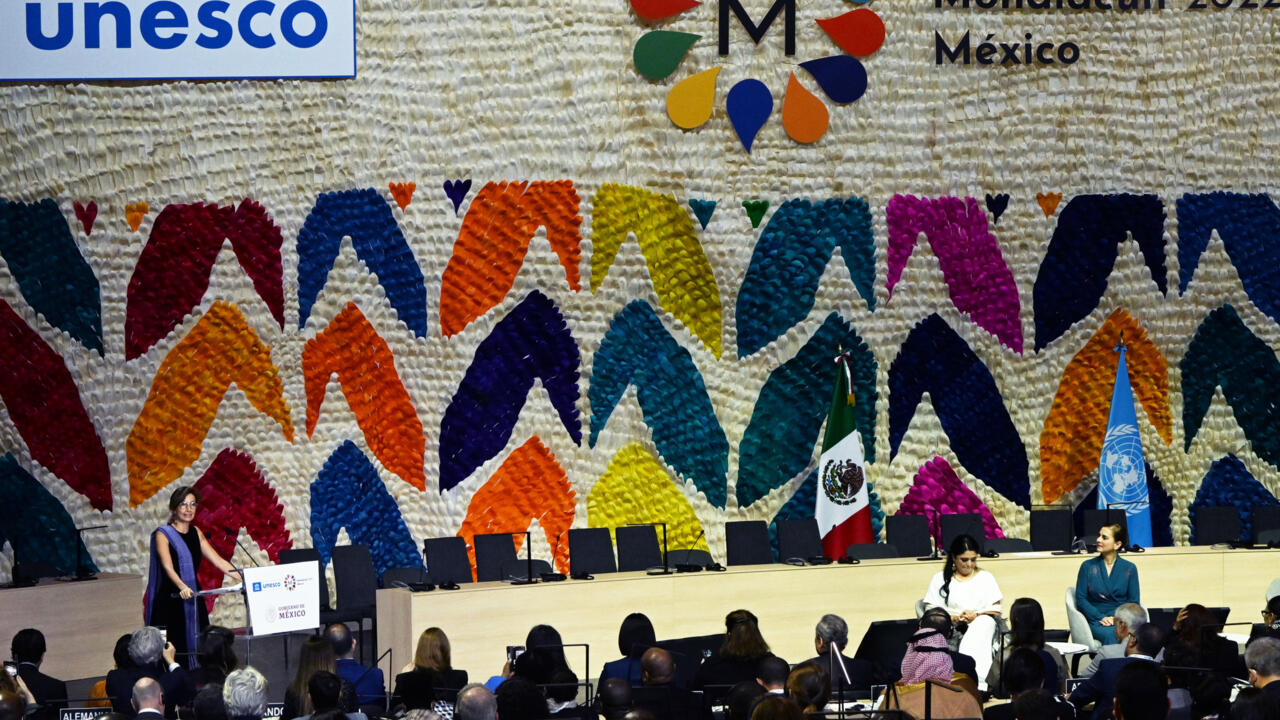 Representatives of 160 countries, including around 100 ministers, are due to adopt on Friday a declaration negotiated for a year at the end of this "Mondiacult" meeting organized by Unesco (United Nations Educational, Scientific and culture).

The challenge: to fight against "the impoverishment of cultural and linguistic diversity online", according to the experts who worked on the declaration.

"It was a very long fight to have a European directive," notes Ms. Azoulay to AFP, according to whom the United States, the country of origin of many platforms, are represented "as observers".

Unesco wants "all artists to have access to the online market, that diversity be accepted, and intellectual property respected", indicates a source from the organization.

"My heritage does not sell"

In the real world and the universe of objects, the Mexico Declaration claims to reinforce "the ethical code of art dealers".

Unesco is considering a "certificate of origin" guaranteeing that the works they sell "have been obtained legally".

What happiness for the organizing country: Mexico continues to demand the return to the country of its immense Meso-American heritage scattered in Europe and the United States.

"My heritage does not sell", insists the Mexican Minister of Culture, Alejandra Frausto, at each auction in Paris or elsewhere of a Tehotihuacan mask or the statue of a Mayan goddess.

The African Union, for its part, announced the organization of a round table on the nagging question of "the restitution of cultural heritage" to sub-Saharan countries.

Unesco is considering in the same vein for 2025 "a virtual museum of stolen cultural property", on the eve of this unprecedented meeting for 40 years.

"Public opinion has evolved on the question of the provenance of works of art, whether it is the art market or museums," says Ms. Azoulay.

In its most political aspects, the Mexico Declaration intends to define culture as a "global public good" by including it "in the next United Nations Sustainable Development Goals, as was the case with education in 2015". .

Finally, the Mondiacult meeting wants to lead to "a definition of a global corpus of cultural rights".

It is the "right of artists" but also the "right of indigenous communities to the transmission of their traditions", specifies a spokesperson for Unesco.

"Indigenous languages ​​are essential to save cultural diversity", details the director general.

"In the grand challenge of tackling climate change, indigenous knowledge is fundamental."

The final declaration intends to mobilize culture "in international discussions on climate change (...) notably through traditional and indigenous knowledge systems".

"Our cultural heritage is threatened very directly by global warming or biodiversity", according to Ms. Azoulay, citing the example of Pakistan or the coral reef in Australia.

The countries will meet by workshop.

Ukraine will participate via video in a round table on "heritage and cultural diversity in crisis".

With Iran and China, Russia will host another meeting on the theme of "renewed and strengthened cultural policies".

"We have managed to bring in those who even have conflicts, with culture allowing reconciliation and peace", welcomed Mexican President Andres Manuel Lopez Obrador, initially announced but who sent his wife "because she works in cultural inquiry".