Irene Escolar: "The women of my generation are rethinking their relationships with men"

Madrid, 1988. Until October 23, the actress Irene Escolar occupies, together with Israel Elejalde, the stage of the Teatro de la Abadía in Madrid with 'Finlandia', a play by... 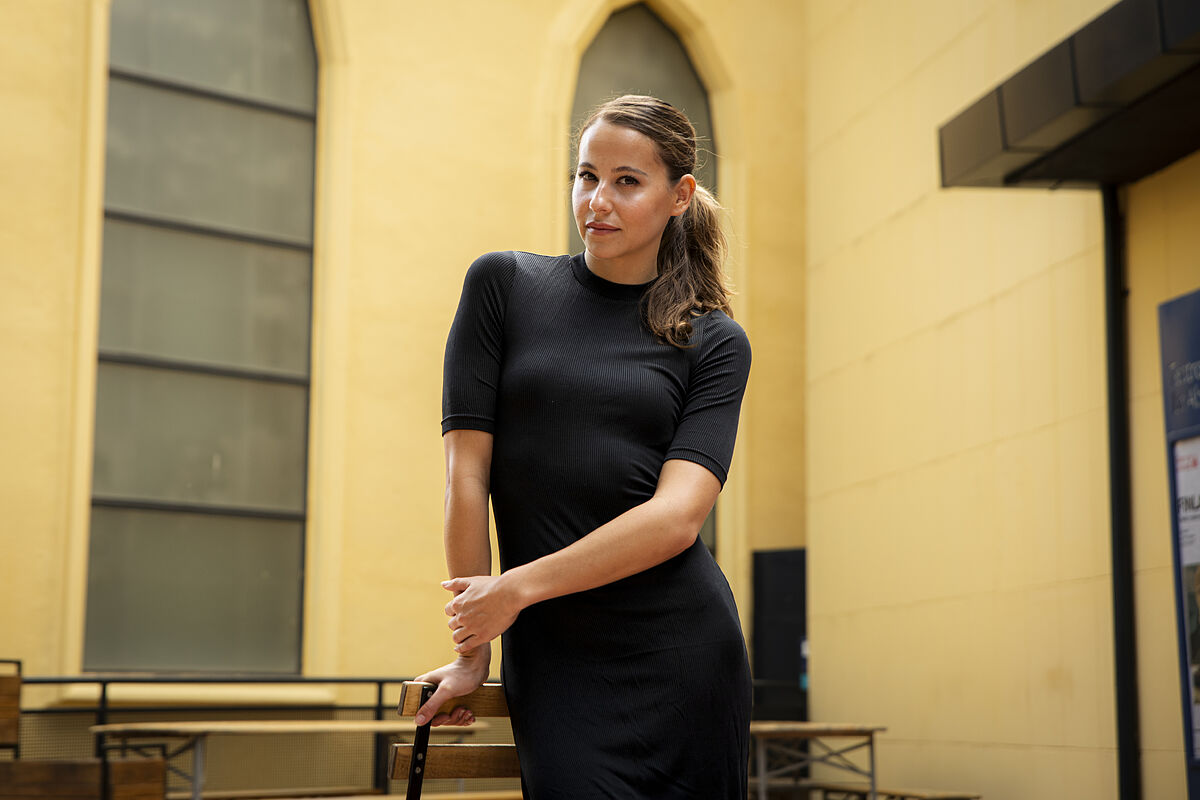 with 'Finlandia', a play by Pascal Rambert about the end of love and the annihilation of the couple.

Why do we love the end of love?

Love is a great vital engine.

And the end of love is something that marks a lot when you live it.

But, in addition, seeing it is something that always attracts attention.

Or it strikes me because I find the sacredness of pain very interesting.

When you have the opportunity to enter someone's intimacy, which is what I think happens in this show or in the cinema, you can see to what extent this is the most complex thing about being human.

I am very interested in how it is possible that someone can do so much damage to someone they claim to love very much or after having loved so much.

How is it possible that they are two such opposite poles, people who have shared so much.

It's very interesting because it's everything that moves when you care about someone and when someone has mobilized you and it's huge.

And I really like sneaking into that intimacy because I think it has no end.

There is a verbal combat between a world that is ending -which is perhaps what the character of Isra represents, the old masculinities- and a world that is not new but has a new perspective, which is what I represent with my character.

In other words, it is not only a function about the end of a relationship and about the violence that is exerted on children, even on our own child.

In the play they say that "love is political."

What is happening in society is sneaking into our intimacies.

I notice it a lot in my friends and women of my generation, that suddenly there is like a change of skin where certain things that were accepted before are no longer accepted and where everything is being rethought at a very deep level.

Yes: the social enters into the intimate in a very strong way and in this function it is clearly seen.

How is working with Pascal Rambert?

Working with Pascal is one of the most pleasant things I have ever experienced.

With all the harshness that he has in his texts, all the violence that is in them and how complicated it is emotionally and technically.

They could not be done if he were not a person who, in addition to trusting the actors with whom he works a lot, gives them wings everywhere, although he maintains a very high level of demand.

And what does that translate into?

Making 'Sisters' it already happened to me that sometimes I felt that we were musical instruments, that there comes a time when it's all sensation, and there is very little head and with words it is very difficult because there is also a very great technique and when you really enter in that and you are in a state where your head is not thinking, but you are there.

It is brutally terrifying.

They are not realistic functions, because Pascal does not work from realism.

And at the same time it is theater of conflict.

Theater in its most absolute essence.

It is a combination of something very poetic and at the same time very true.

And very philosophical too.

We say a lot of things, we talk a lot.

And communicate the message with a level of emotion, that it arrives and things happen and, above all, that it is alive, that it is not a dead theater, where it is words and that's it... all that is complicated.

But the truth is that it is a super challenge.

How dangerous is it to enter these territories?

Danger is breathed throughout the performance.

A therapist explained to us that during the performance we are generating adrenaline and cortisol.

We are deceiving the body, which does not know if it is true or not.

Because the level of violence and tear that there is in this type of proposal is very different from that of others that I have made.

So, of course, then that has to be removed in some way, by playing sports or drinking a lot of water.

It stays with you, it's like you go through a breakup every night for five weeks.

And the excitement is so powerful, the adrenaline is so strong, that it is a very big hit like any other type of drug.

It is a great verbal combat about two people who are each defending their territory.

And it is a positioning of an inherited culture, behaviors that have to do with education, culture, social norms.

We are in a time of profound transformation.

The women of my generation are rethinking their relationships, their bonds with men.

There are patterns that are repeated and there has come a time when all that has exploded.

And from the masculine?

It's also a difficult transition for men like the one pictured here.

The interesting thing about this function is that there is neither a good nor a bad.

They are two people absolutely full of their own contradictions.

He is a monster, but she ends up becoming a monster too.

There is a madness on the part of the one who invades her space and that he does not want to accept that things are changing, that this is over, that he is not doing well.

It is a function that is going to generate a debate, because this is a sensitive material right now.

And what does the theater contribute, compared to other media, to resolve this issue?

The theater is the place where one can establish an identification with something that is happening in front of it and that is real.

And that goes to a very deep level.

But does it make sense to do it in the age of streaming platforms?

In Pascal's performances I have lived like never before the question of energy, the one we give, the one that the public returns, the one that they give each other.... The other day someone told me: "But this beating you hit for 300 people to see you. Now millions have to see you."

And I thought that you still have to be radical.

And someone who leaves his house, pays a ticket and sits down to watch a theater performance can be counted.

But I have no idea how many people watch the shows I do and I'll never really know.

But this is true.

And when people go out and have a drink with their friends, their partner, their family and discuss it... that whole experience is becoming a ritual that has to be protected.

That something exists that seems very important to me on a human level, in a very hostile social moment, so dehumanized, and where one can feel very pierced by loneliness.

And what I like about the theater or the cinema or what happens in the community is that in that state of feeling half dead, something can give you a kick and make you feel alive, even for a while.

At a time of so much apathy, of, as I say in the show, "immobile bodies", constantly immersed in horrible images, of so much sick information... something that makes you vibrate is revolutionary and important.

Is that what motivates you?

What I like the most is generating desire in people, especially in young people.

So that she comes to see something where she can feel mobilized, where many things can happen to them.

Instead of theater as something dead, old, dandruff, all that I don't like and I'm not interested in at all, there is a certain type of theater that can take you to very unexpected places and leave an important residue.

I have always believed it, but more so in this moment of so much technology and so much dehumanization, as we talked about before, that the theater is a fragile place that must be taken care

of. And what about the purely physical, now that virtuality is mentioned?

Pascal talks a lot about the 'law of the skin', which is precious: There is nothing above what happens to you physically on your skin.

And yes, nothing can change it.

When something has been felt at the skin level, whatever it is, you want to return to that, which is the real thing.

What makes your skin crawl.

In the end it is a question of what makes us human, even if the answer is not pleasant?

If pain was not exerted on the other and if there was no conflict, the theater would disappear.

Because it is based on that.

But the most fascinating of all is that the human being is inexhaustible.

It's fascinating how we are behind the scenes, not facing the gallery.

In that deep intimacy that one only experiences with the family, with the couple, with the children.

Because there is always something of appearance constantly in everything we do.

And here one can sneak in to see how we work, see the horror, the worst of human beings.