At least nine people were killed on Wednesday in Iraqi Kurdistan in Iranian strikes which also injured around 30 people. Tehran targeted armed groups of the Iranian Kurdish opposition, very critical of the repression of demonstrations in the Islamic Republic. 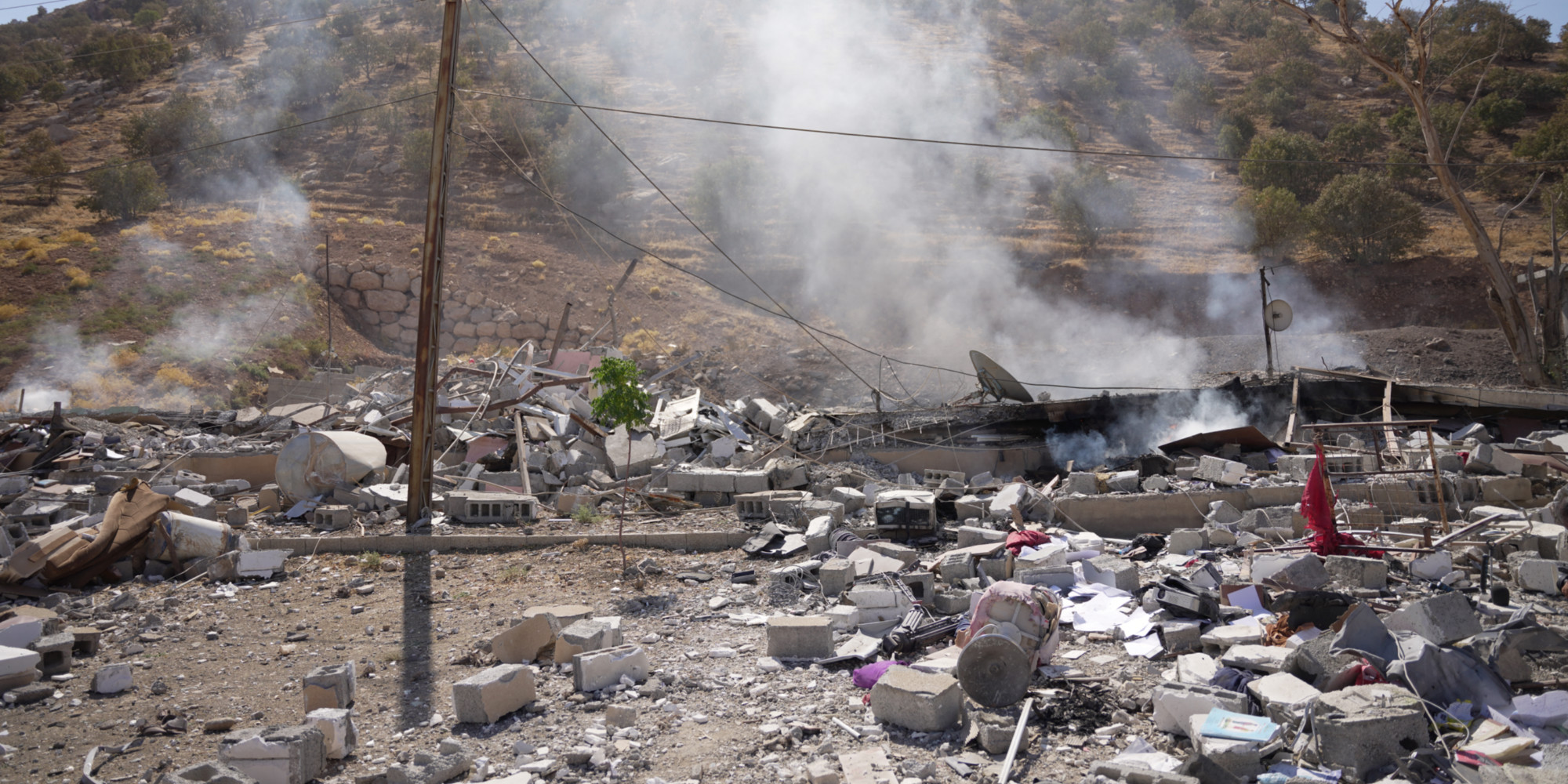 At least nine people were killed on Wednesday in Iraqi Kurdistan in Iranian strikes which also injured around 30 people.

Tehran targeted armed groups of the Iranian Kurdish opposition, very critical of the repression of demonstrations in the Islamic Republic.

At least nine people were killed and around 30 injured on Wednesday in Iraqi Kurdistan in Iranian strikes against armed groups of the Iranian Kurdish opposition, which denounces the repression of demonstrations in the Islamic Republic.

The Iraqi federal government and the regional power of autonomous Kurdistan, in the north of the country, condemned missile strikes and others carried out according to Baghdad by "20 drones loaded with explosives" which targeted four sectors.

Baghdad announced the "urgent" summoning of the Iranian ambassador to protest against the attacks, with Iraqi diplomacy castigating "unilateral and provocative actions".

Claimed by Tehran, these bombardments left a total of nine dead and 32 wounded, announced the Minister of Health of Kurdistan, Saman al-Barzanji, at the bedside of the victims in a hospital in Erbil, capital of the autonomous region.

"There are civilians among the victims," ​​a senior official in autonomous Kurdistan told AFP.

But the authorities did not immediately provide more details on the human toll of these attacks.

- Bella Ciao, the anthem of revolt in Iran

In a hospital in Erbil, an AFP photographer saw men, most often in fatigues, transported on stretchers, out of bloodstained ambulances, their bodies bandaged on wheelchairs.

Iraqi Kurdistan hosts several Iranian Kurdish opposition groups that historically have waged an armed insurrection against Tehran, although in recent years their military activities have been on the decline.

However, they remain very critical on social networks of the situation in Iran, sharing videos on the protest movement which broke out in mid-September in the Islamic Republic after the death of Mahsa Amini, a 22-year-old young woman arrested by the police. mores.

The Democratic Party of Kurdistan of Iran (PDKI), one of the groups targeted by the bombardments in the region of Koysinjaq, east of Erbil, reported two deaths in its ranks.

On Twitter, the PDKI castigated "cowardly attacks", carried out at a time when the Iranian regime "is unable (...) to silence the civil resistance" of the Kurdish and Iranian population.

London and Berlin speak out

These events did not fail to make the international community react.

The United Kingdom has called on Iran to "stop its bombardments".

"These attacks are a violation of Iraq's sovereignty and territorial integrity and are completely unacceptable," the Foreign Ministry said in a statement, accusing Iran of "destabilizing" the region.

"The Iranian escalation, which has reportedly already killed nine people and injured many others, is unacceptable," a Foreign Ministry spokesman said in a statement.

“We clearly reject attempts to attribute the causes of the protests in Iran to the neighboring country,” adds German diplomacy.