As soon as it opens, the September 28 trial in Guinea postponed to October 4

Thirteen years after the violence committed on September 28, 2009 at the Conakry stadium, the trial of Moussa Dadis Camara and 10 other former political and military leaders opened on Wednesday… 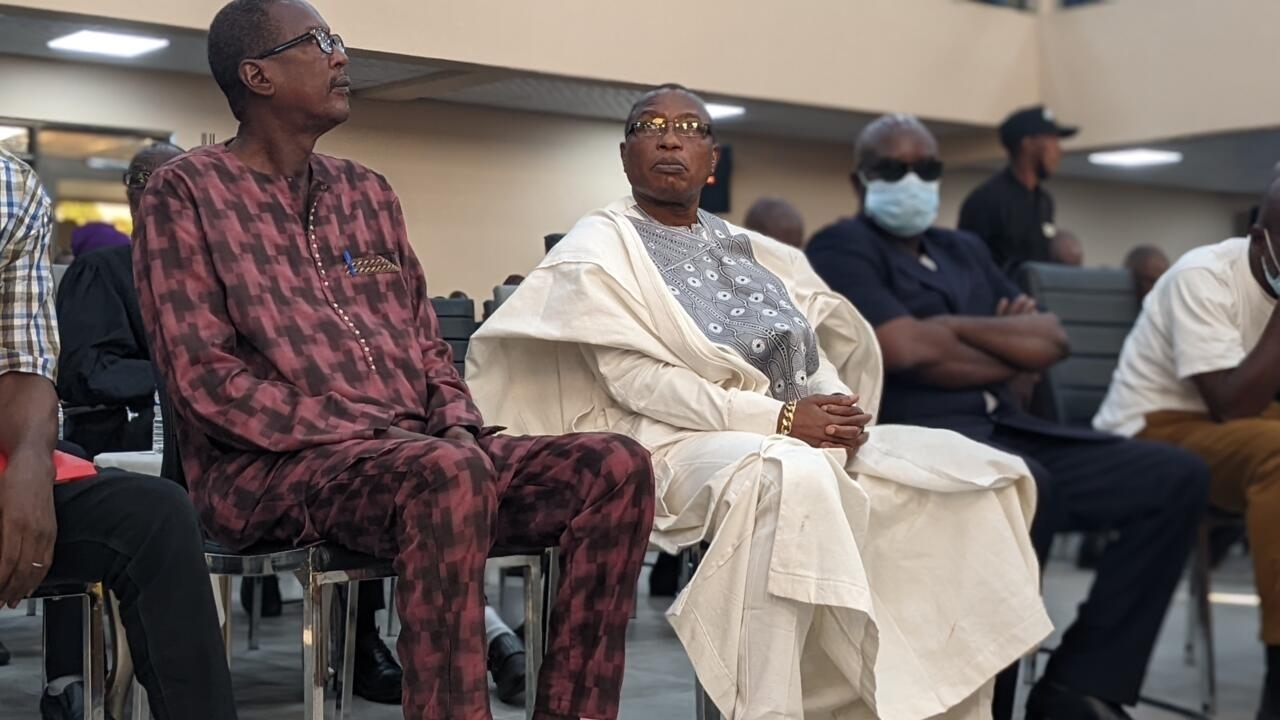 As soon as it opens, the September 28 trial in Guinea postponed to October 4

Dadis Camara in the center of the photo during the reading of the indictment at the opening of the trial of the massacre of September 28, 2009. © Matthias Raynal/RFI

Thirteen years after the violence committed on September 28, 2009 at the Conakry stadium, the trial of Moussa Dadis Camara and 10 other former political and military leaders opened on Wednesday in Guinea.

It is 3:15 p.m. this Wednesday when the September 28 trial opens in a packed room.

The public turned out in droves to attend this historic trial, 13 years after the events.

The eleven defendants, all remanded in custody, are all there.

Alongside the main of them, Moussa Dadis Camara, are several strong men of his regime: his former camp leader Toumba, the former head of presidential security Claude Pivi, the former Minister of Health Abdoulaye Cherif Diaby, or Moussa Tiegboro Camara who was in charge of the fight against drug trafficking.

The court first reads the order for reference, which recalls in detail the violence committed on September 28, 2009. In the room, the silence is heavy, the atmosphere heavy, describes our special correspondent,

As the events unfold, the audience sinks into the horror of the day: the shooting and stabbing killings of peaceful protesters, the rapes, the kidnappings, the torture, the refusal to grant caring for the wounded...

In front of the civil parties and the dozens of television cameras, the defendants are then called one after the other to the bar to decline their identity, tells our correspondent,

When Moussa Dadis Camara's turn comes, several dozen people in the audience stand up spontaneously as one man to observe him.

Dressed in a white boubou, the accused gets up and walks slowly towards the varnished wooden desk.

He answers in a small voice to give his identity, his address, his profession...

The president reminds him of the facts with which he is charged: blows, wounds and intentional violence at the stadium, looting of goods, burning of stores, kidnapping, torture, kidnapping of demonstrators... The former leader remains imperturbable.

The defense and the civil party face each other.

On each side, about twenty lawyers in black robes.

They are unanimous for once and collectively ask for more time to prepare the file.

The trial is due to resume Tuesday, October 4.