A threatening man in his 20s was arrested at a gas station in Luleå during Saturday morning. The police fired shots that injured the man in connection with the intervention - now he is being held on probable cause on suspicion of three counts of aggravated unlawful threats, aggravated threats against an official and robbery. 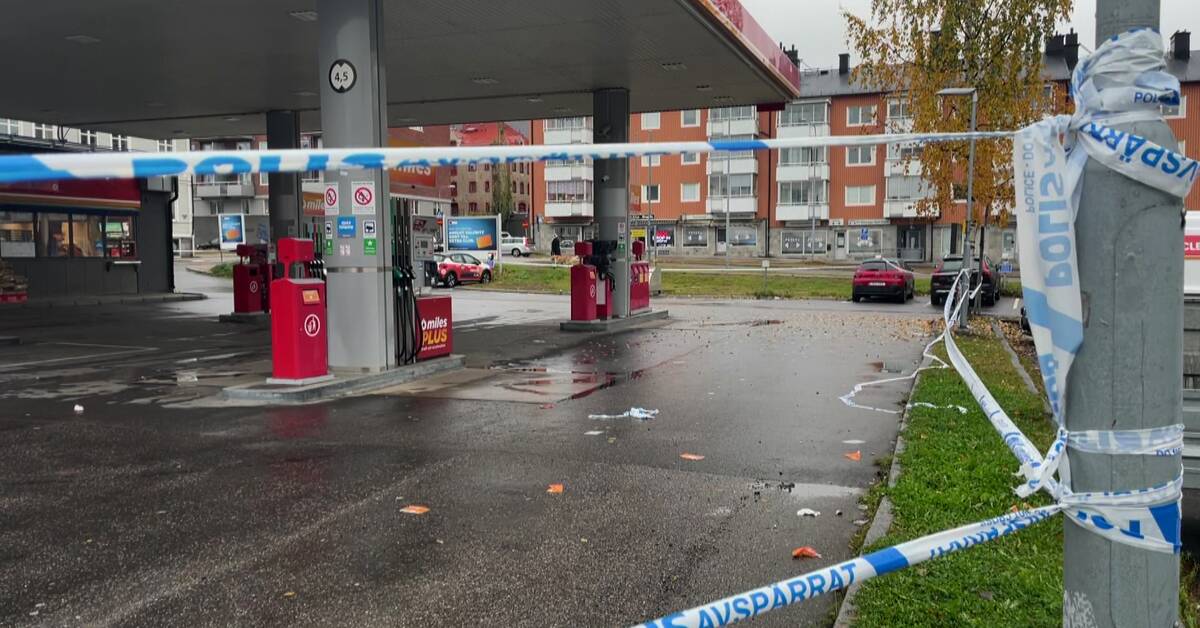 The arrest of the menacing man was dramatic.

Jakob Björnfot, who lives nearby, woke up early on Saturday morning to a police helicopter hovering.

- One of the guys in the unpainted police car jumped out with his weapon drawn and ran into the pub.

Then more police cars and dog patrols and two ambulances appeared and then it was full force, Joakim Björnfot told SVT on Saturday.

The man, who allegedly had a weapon-like object, was shot in the leg by the police in connection with the intervention.

The man is also suspected of having threatened a reporter from Norr Media a while before the events at the gas station.

The reporter is said to have met the man who had a robber's hat and was traveling in a black car by chance.

He then allegedly pointed a weapon-like object at the reporter.

The investigation against the police officer who fired his service weapon is done by the prosecutor at the Special Prosecutor's Chamber, according to the procedures.