Members of the royal family in Britain and their families began returning to the performance of their official duties after the period of royal mourning for the death of Queen Elizabeth II ended. And the British children's agency "PA Media" stated that the flags were at half-mast until 8 am (0700 GMT), today. 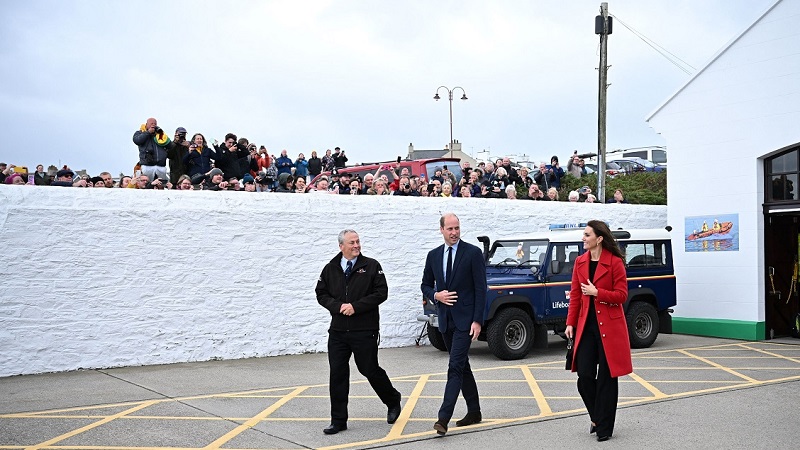 Members of Britain's royal family and their families have begun to return to their official duties after the period of royal mourning for the death of Queen Elizabeth II ended.

The British children's agency, PA Media, reported that the flags were at half-mast until 8 am (0700 GMT), today, Tuesday.

Meanwhile, the new Prince of Wales, William, and his wife, Kate, Princess of Wales, will visit the country for the first time since receiving their titles.

After the Queen's death on September 8, members of the royal family carried out official duties only when necessary.

William and Kate will spend the day across Wales.

They will start with a visit to Holyhead on the island of Anglesey in north Wales, and then to Swansea, in southwest Wales.

King Charles III carried out one official task, during the mourning period, which was to make a phone call with Chancellor Kwasi Quarting, Chancellor of the Exchequer in the new British government, last Thursday evening, that is, on the eve of the announcement of a new budget that includes a tax cut.

The king traveled to Scotland shortly after the Queen's funeral, on Monday, and may stay at his home in Birkhall until early October, according to tradition established by the late queen.

The Queen would normally spend about 10 weeks in her castle in Scotland during the summer, then return to London shortly before Parliament begins in the fall, with planning likely underway for Charles' coronation.

The Lavender Hill court in south London has heard a motion to set a date for the national event, expected next year.