Breakups and rumors of infidelity between famous couples are on everyone's lips lately, and more so in Spain, where the 'soap opera' between Tamara Falcó and Íñigo... 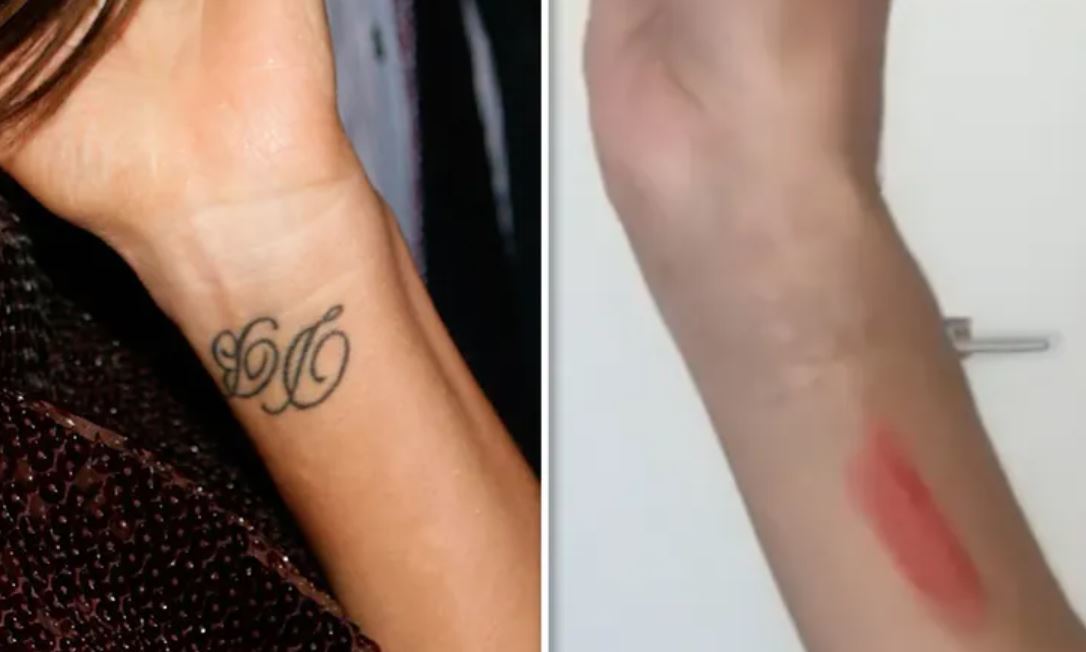 Breakups and rumors of infidelities between famous couples are on everyone's lips lately, and more so in

, where the 'serial soap opera' between Tamara Falcó and Íñigo Onieva does not stop making headlines.

But beyond our borders, another well-known couple,

, are also seeing how the continuity of a marriage that has lasted 23 years is questioned.

And all because of a missing tattoo.

The rumor began to spread like wildfire after a publication on the TMZ portal that reported the disappearance of a tattoo on Victoria's arm, which could be seen in a video posted on social networks by the former member of the

The tattoo in question is made up of two letters, written in cursive, 'D' and 'B', initials of her husband David Beckham.

A tattoo that Victoria had embossed on her wrist in celebration of her tenth wedding anniversary with the former soccer player.

The controversy has jumped when, during a tutorial on the use of lipsticks that Victoria uploaded to Instagram, it is seen that

her wrist does not show the aforementioned tattoo

and instead there is a mark that indicates that the engraving has been erased.

Despite the rumors, a source close to the couple told TMZ that there are no marital problems between the two, and that Victoria has recently had several tattoos removed from her body.

The story is reminiscent of the one recently starred by

and his ex-wife Jennifer

The actor did not hesitate to replace a tattoo in honor of his wife with another of her dog when Flavin filed for divorce after 25 years of marriage.

Despite the gossip, the truth is that in recent days the Beckhams have been seen happy, smiling and holding hands in some photographs published by various media.