Patrick Zaki and Christmas as a free man: "Best wishes to my dear Bologna, my adopted land"

"May love reign on this holy day in our hearts and enlighten our lives and that of my colleagues, my friends" 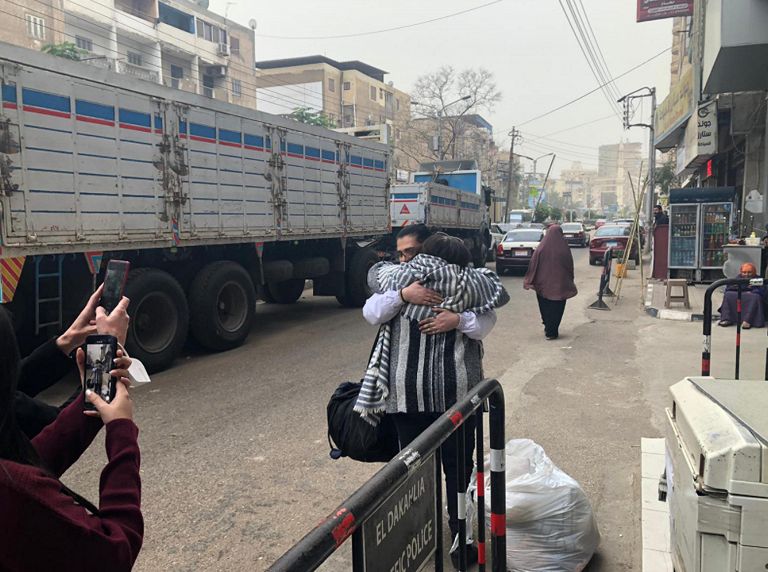 "May peace, serenity, love reign on this holy day in our hearts and enlighten our lives and that of my colleagues, my friends and my dear Bologna, my adopted land. Merry Christmas greetings to the whole 'Italy!".

This is the message of good wishes from

, tweeted on the evening of

, his first holidays in freedom after spending almost two years in prison in Egypt.

The student from the University of

was released from prison on December 8, pending a hearing scheduled for February 1.

His family is of Coptic religion and will celebrate Christmas on January 7th.

The stages of Zaki's story begin on February 7, 2020, when he returns to Cairo for a short family vacation, with the idea of ​​returning to Bologna and continuing his studies in the European master.

The young man is stopped at the airport and, according to complaints from activists and lawyers, is subjected to torture during an interrogation on issues related to his work and his activism for LGBT rights.

The formalization of the arrest in Egypt comes the day after, on February 8, when the researcher appears in Mansoura, his hometown, under arrest for an arrest warrant issued in 2019. 15 days of pre-trial detention are established for him. , while with a petition on

the international mobilization begins to ask for his release.

Among the formalized accusations against the student from Egypt are: incitement to violence, protests, terrorism and management of a social account that aims to undermine public safety.

"Freedom for Patrick" is organized in Piazza Maggiore in Bologna

and the Farnesina begins to monitor the case.

On February 12, in addition to Italy, Europe also moves.

calls for the activist's immediate release.

The postponement is postponed to September 2021.

considers the affair a full-blown case of

against the Egyptian student accused of subversive propaganda.

On 23 August, he was sentenced to another 45 days in custody in prison.

court , which ends with a stalemate: Zaki remains in prison and the trial must be updated.

On 7 December 2021 the third hearing, during which the

release of the boy

is ordered who, however, is not acquitted, and a new hearing is set for 1 February.

On 8 December Patrick Zaki was released from prison in Mansura.

As soon as he left, the boy hugged his mother.

were the first words pronounced in Italian as soon as he returned free, even though he is still on trial, with the next hearing set for February 1st.

Patrick Zaki hugs his mother outside the police station in Mansura