League of Nations: Spain joins the final four after their victory in Portugal (1-0)

Spain qualified for the final four of the League of Nations by winning 1-0 in their Iberian duel against Portugal on a goal from Alvaro Morata on Tuesday in Braga. 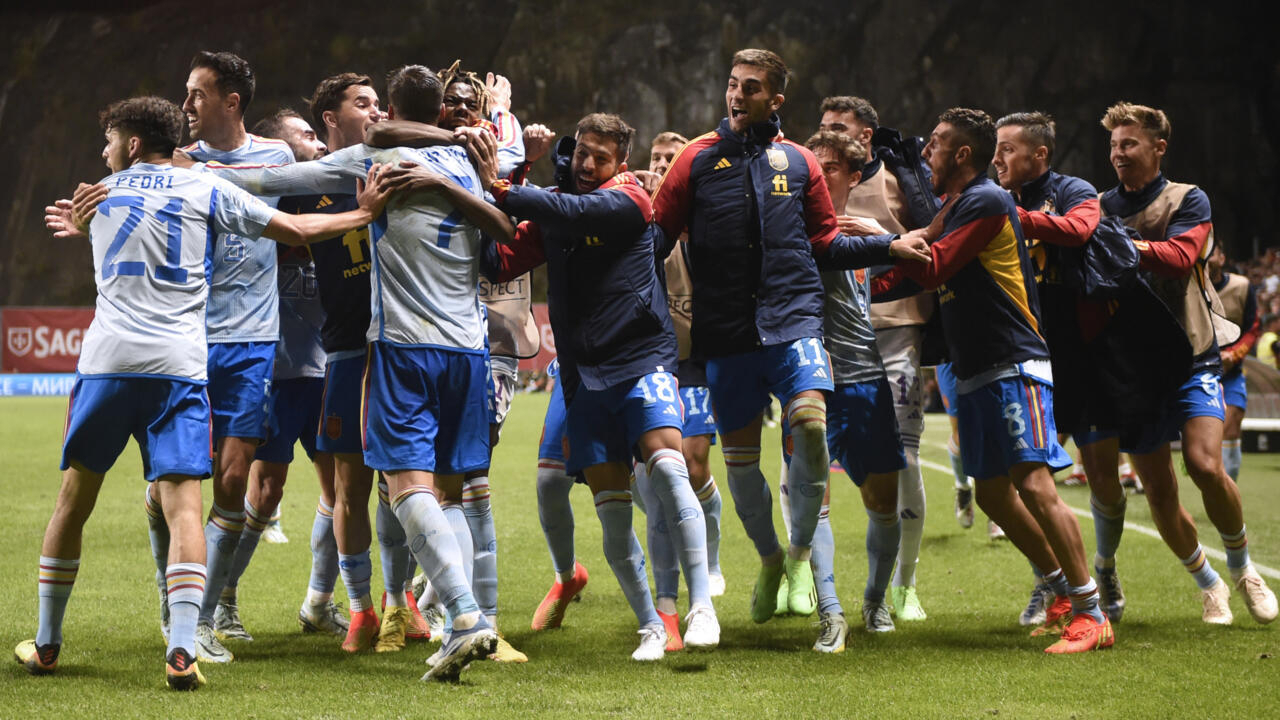 The Spaniards finish top (11 points) of group A2 ahead of Portugal (10), Switzerland (9) and the Czech Republic (4), relegated to League B. La Roja, unfortunate finalist of the last edition of the "Final 4 ", will play the final phase of the competition scheduled from June 14 to 18, 2023.

A goal from Alvaro Morata in the last minutes of the match (1-0, 88th) allowed Spain to join the Netherlands, Italy and Croatia, other qualified in the final four to succeed the prize list to France, which did not qualify.

During the first period, the Spaniards monopolized the ball, as expected, but without getting the slightest chance.

At a very slow pace in traffic, Luis Enrique's men did not create any gaps and the Portuguese were able to defend calmly without ever putting themselves in danger.

Only a strike from Pablo Sarabia, easily countered by Danilo Pereira, left a half shiver in the Lusitanian camp (22nd).

Conversely, the 2016 European champions were dangerous and sharp as soon as they had the opportunity.

Ruben Neves lit the first wick of a heavy strike from a corner, forcing Spanish goalkeeper Unai Simon to work to repel his attempt with both fists (23rd).

A few minutes later, on a Portuguese counter-attack, the Athletic Bilbao goalkeeper still had to work to slam a shot from Diogo Jota, well alerted by a long pass from Bruno Fernandes in the area of ​​La Roja (33rd ).

He was then reassured to see a powerful mid-range strike from Fernandes crashing into his small outside net, while the whole Braga stadium had believed in the goal (38th).

Upon returning from the locker room, the scenario initially seemed unchanged.

Spain continued their pass to ten while still being ineffective offensively.

Morata as a hero

And Luis Enrique's men almost got punished at the start of the second act.

Well launched in the La Roja area, Cristiano Ronaldo lost his duel against Unai Simon when he saw his left shot deflected by the Spanish goalkeeper (47th).

But the combined entries of Pedri, Gavi and Yeremi Pino (62nd) gave dynamism to the Spanish offensives.

However, neither the strike from Alvaro Morata (71st) nor the shot from Nico Williams (74th) really worried Portuguese goalkeeper Diogo Costa.

Meanwhile, Cristiano Ronaldo was abnormally slow to fire his shot when the fivefold Golden Ball had been perfectly served by Bruno Fernandes at the penalty spot (72nd).

The last quarter of an hour was clearly to the advantage of Spain who besieged the Portuguese surface.

Alvaro Morata issued a first warning with a curled shot repelled by Diogo Costa with a beautiful horizontal (77th).

Dulled physically, the men of Fernando Santos were content to repel the attacks of their Iberian neighbor as best they could and no longer existed in attack.

They were logically punished when Dani Carvajal crossed at the far post for Nico Williams, the Athletic Bilbao winger headed the ball into the feet of Alvaro Morata who just had to push the ball into the back of the net. to offer qualification to Spain (88th).

Cristiano Ronaldo tried to equalize with a shot from the right in the middle of the box (90th + 1) but Unai Simon perfectly stopped the 37-year-old striker's attempt, preserving the first Spanish victory on Portuguese soil since 2003.