League of Nations: Iberian shock for the "Final 4" and the pre-World Cup

Cristiano Ronaldo's Portugal and Spain face each other on Tuesday in Braga (8:45 p.m.) for a tantalizing Iberian duel with double stakes: a ticket for the "Final 4" of the League of Nations and a final test before... 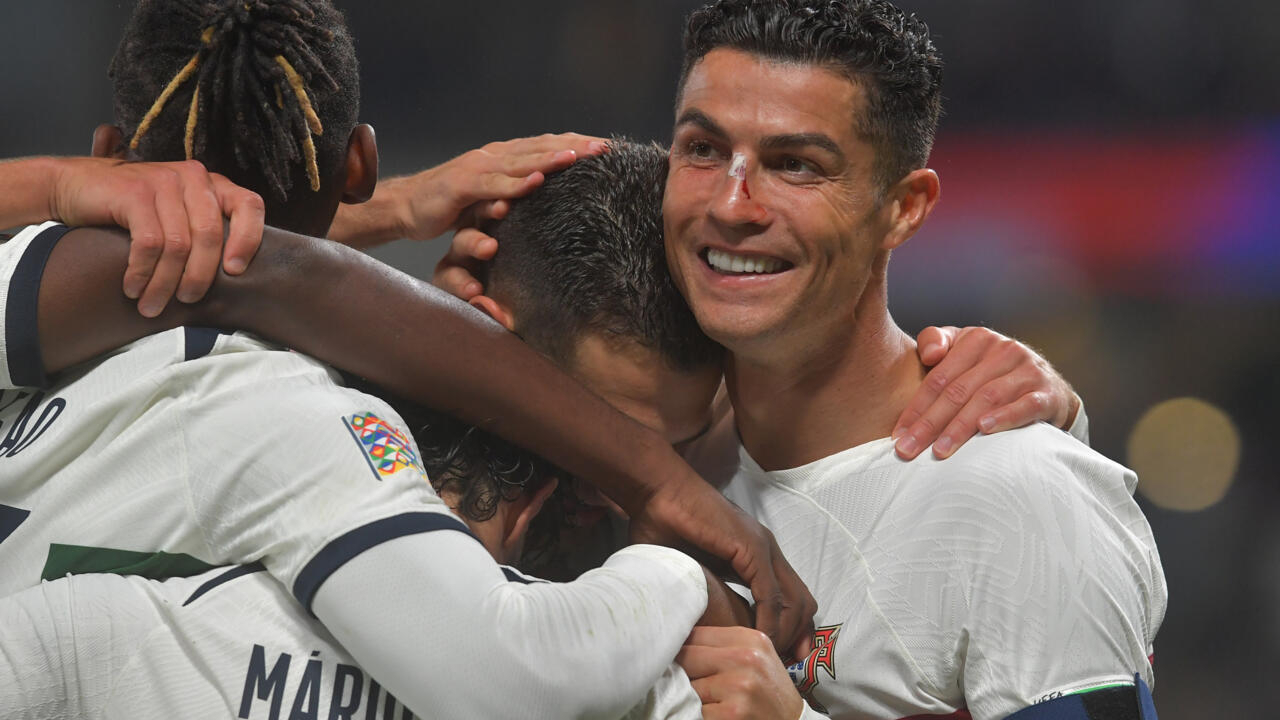 Before this clash of the last day, the Portuguese have taken the lead in group B thanks to their great success in the Czech Republic (4-0), overtaking Spain, defeated at home by a surprising Switzerland (2-1).

With a two-point lead, Ronaldo and his teammates can therefore settle for a draw to see the "Final 4" next June, while Spain must absolutely win on Portuguese soil, where they no longer imposed since 2003. In the first leg, three months ago, the two teams left with a score of parity in Seville (1-1).

"I'm going to tell my players that we're going to play like we always do, that we're not going to play any other way just because two outcomes are possible," Portugal coach Fernando Santos told the conference. pre-match press conference, Monday at the municipal stadium of Braga.

The meeting will oppose two natural candidates for the final victory, because if the Seleçao has already won this competition in 2019, during a first edition whose final phase was organized in Portugal, the Roja reached the final of the last edition ( 2-1 defeat against France).

"The best is yet to come"

But this Iberian derby also represents a perfect opportunity for two of the best nations in world football to gauge themselves within two months of the World Cup in Qatar (November 20-December 18).

After a surprise setback in June against Switzerland (1-0), in the absence of five-time Golden Ball winner Cristiano Ronaldo, Portugal regained confidence against the Czechs.

To the point that Fernando Santos, crowned at Euro-2016 and in the League of Nations 2019, dreams of completing his record with a planetary coronation.

"I'm missing a title, the best is yet to come this year. I can't be more concrete," Santos said.

Despite his new status as a substitute this season at Manchester United, Ronaldo has made a remarkable return to the national team.

But his performance did not really convince observers, and the Portuguese press on Monday analyzed his "loss of influence" on the statistics of the national team.

The 37-year-old idol certainly signed an assist, but he also missed big chances and caused a penalty not converted by the Czechs.

Monday in training, he still had a cockade in his right eye following a blow to the nose.

For its part, Spain is still in reconstruction after the departure of the golden generation which had achieved an extraordinary Euro-World-Euro treble between 2008 and 2012.

Following the setback against Switzerland, the first in 11 months, Luis Enrique acknowledged that Spain had achieved "the most messy first period" since taking charge of La Roja in 2018.

The trip to Portugal will test his work of generational renewal, marked all the same by some encouraging results such as a semi-final of the Euro in 2021 or the final of the last League of Nations.

"We are going to approach it as if it were the quarter-finals in Qatar, we have to play a game and we only have to win (...). A final is beautiful, the motivation is there, and I'm sure that we will be up to it", declared Luis Enrique in a press conference.

"We have precedents against Portugal, I think we played three good games, we couldn't beat them, they couldn't beat us either. They don't need a lot of chances to score, we will try to bring the game to our field, the one who has control of the ball", assured the 52-year-old coach.