With a double from Raphinha and a penalty from Neymar, Brazil outclassed Tunisia reduced to ten on Tuesday in Paris 5-1 in a preparation match for the 2022 World Cup, nursing their confidence and offensive virtuosity… 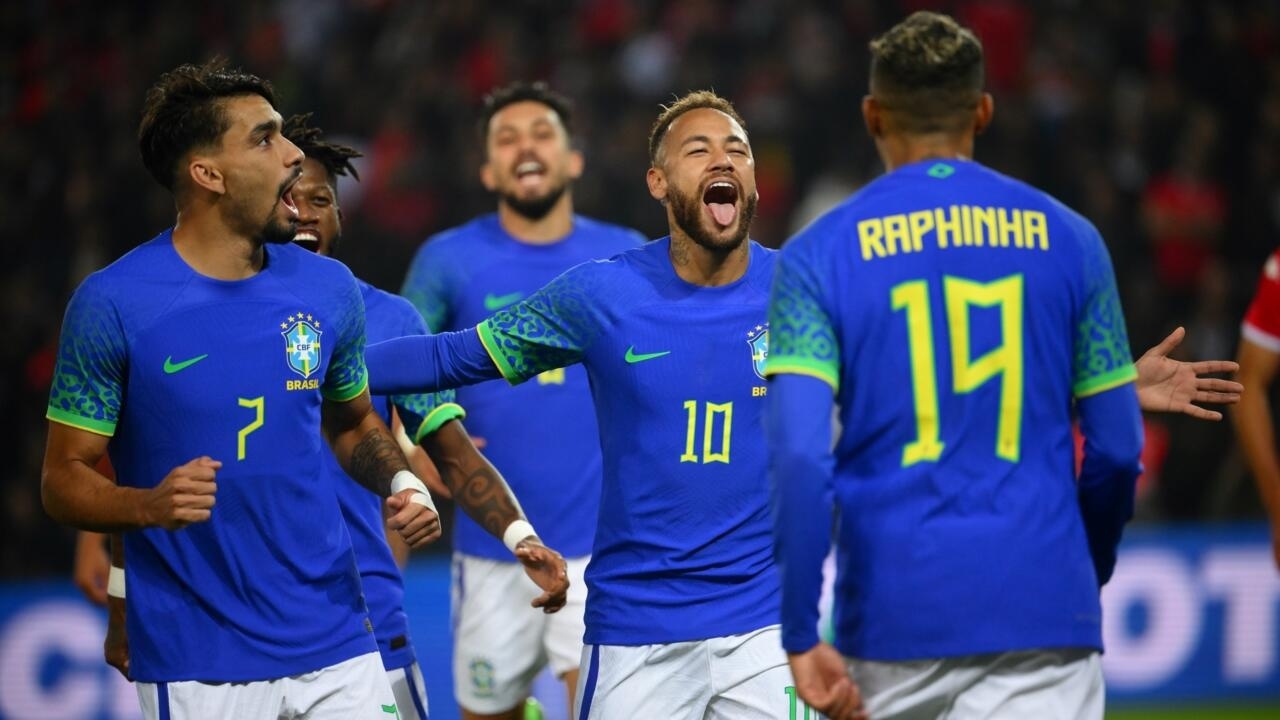 At the Parc des Princes, goals from Raphinha (11th, 40th), Richarlison (19th), Neymar from the penalty spot (28th) and Pedro (74th) were enough for the Brazilians to win.

The Carthage Eagles had briefly equalized by Motassar Omar Talbi (18th) but were too quickly weighed down by the exclusion of Dylan Bronn (42nd).

With this last pre-tournament match, the Seleçao has won a seventh victory in a row in 2022 and, like every four years, is one of the big favorites for the World Cup in Qatar (November 20-18 december).

And Neymar, like his team, is in great shape.

Accustomed to shining in front of the stands of the Parc des Princes, the superstar of Paris SG this time had to do without the support of "his" stadium, largely acquired in Tunisia.

The meeting was also disrupted by two incidents in the stands, a banana throw aimed at Richarlison and laser pointers targeting the players on the lawn, which prompted the referee to interrupt the match for a few moments for a recall. speaker's order.

But like the elusive "Ney", this did not disturb the Seleçao, sure of its strength two months before the World Cup.

Raphinha symbolizes the impressive attacking pool available to coach Tite: while stars like Roberto Firmino and Vinicius were on the bench at kick-off, the FC Barcelona winger scored points to invite himself into the eleven Brazilian starter in Qatar with a fitting brace and an assist.

His lobed header, at the end of the race, on an opening from Casemiro, allowed him to open the scoring (11th), before doubling the bet with the help of the post (40th).

And it was he who launched Richarlison on the goal of 2-1 (19th), while Tunisia had just equalized against the course of the game on a header from Talbi (18th).

The Eagles of Carthage, future adversaries of France World Champion in Group D of the World Cup, did not deserve in this match, between defensive solidity and counter opportunism.

But the exclusion of Dylan Bronn for a foul on Neymar (42nd) further unbalanced the debates and allowed Brazil to spin at the break.

Vinicius and Pedro entered and the latter, idol of Flamengo, increased the score with a half-volley at the start of the last quarter of an hour (74th).

In short, barring injuries or malforms, this Brazil seems ready to aim for a sixth planetary crown in Qatar, where the auriverde team will start on November 24 against Serbia, before challenging Switzerland then Cameroon in group G.

As for Neymar, twirling since the start of the season with PSG as with Brazil, he hopes to maintain his current form to aim for the world title, but also the record of goals in the selection of "King" Pelé: with his 75th goal on Tuesday evening, he is only two lengths away from the Brazilian legend.