The first results of referendums in the Donetsk and Luhansk People's Republics, Kherson and Zaporozhye regions have been published. The first data are presented from sites located on the territory of Russia. 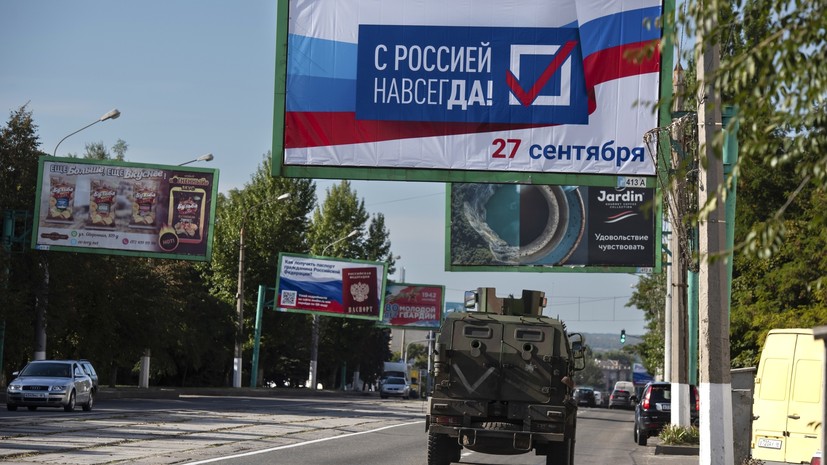 According to RIA Novosti, the preliminary results were announced in the Russian capital.

After processing 14.22% of the votes, 97.91% of voters in Russia voted in favor of joining the DPR to the Russian Federation.

As part of the referendum on the accession of the LPR to Russia, according to the results of processing 12.56% of the protocols, 97.82% of voters in Russia spoke positively.

After counting 18% of the votes in Russian polling stations, 98.19% of voters cast their votes for the entry of the Zaporozhye region into Russia.

At the same time, according to the results of counting 14% of votes at polling stations in Russia in the framework of a referendum in the Kherson region, 96.97% of voters voted for joining Russia.

Earlier it was reported that the referendum on joining Russia was held in the liberated part of the Nikolaev region, included in the Kherson region.

Also, the head of the LPR office in Moscow, Rodion Miroshnik, said that the counting of votes in the referendum began in the republic.