Erdogan to the Greeks: US and European support will not save you

The Turkish president criticized the support that Athens receives from the United States and Europe over the conflict with Ankara, and said, addressing the Greeks, "American and European support will not save you, but will stop you." 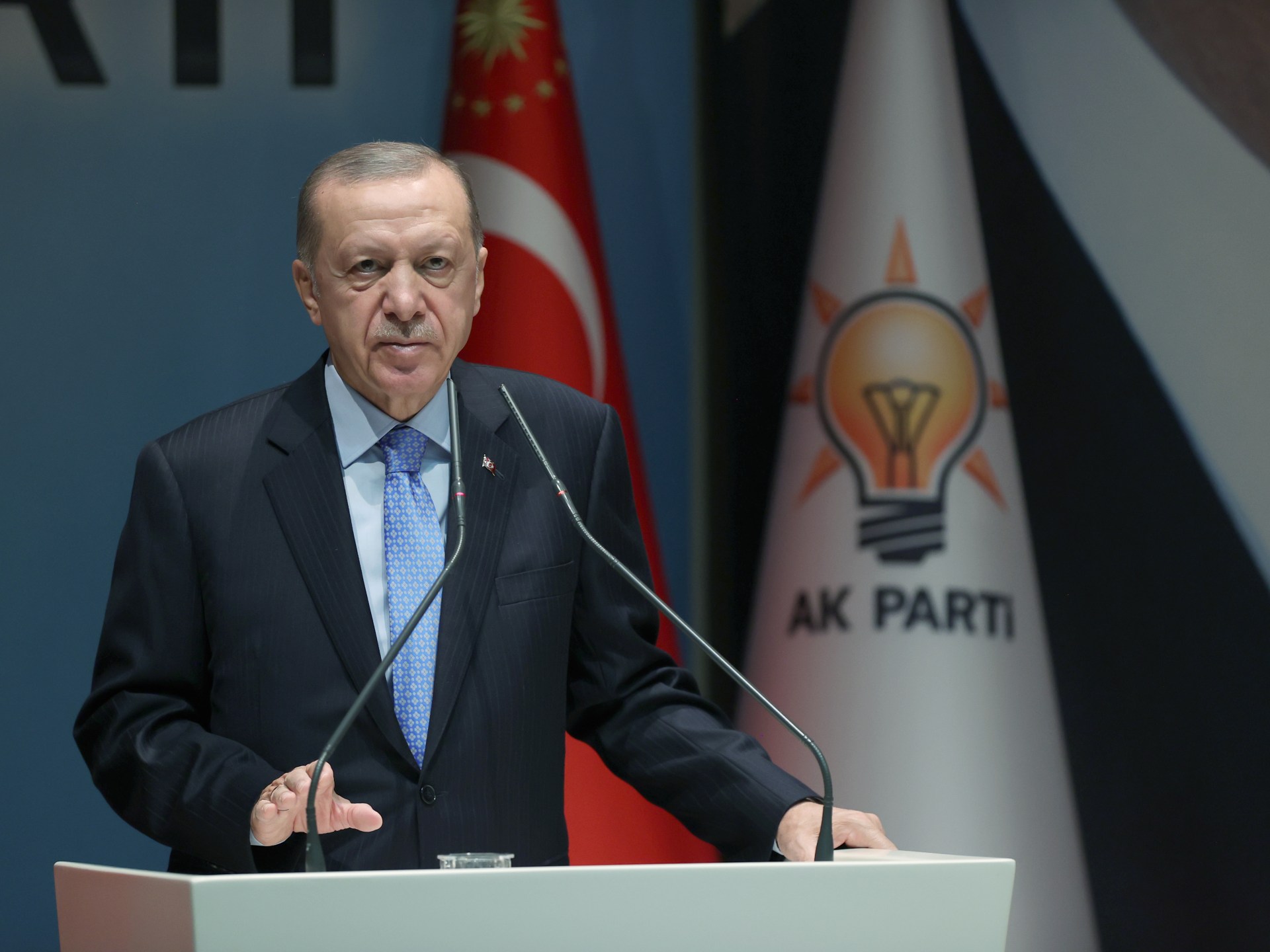 Turkish President Recep Tayyip Erdogan criticized the support Athens receives from the United States and Europe over the conflict with Ankara, and told the Greeks, "American and European support will not save you, but will stop you," in light of the escalation of tension between Ankara and Athens.

Erdogan said during his participation in the meeting of heads of branches of the ruling Justice and Development Party that "the accumulation of weapons in the western Thrace region (northeast of Greece) and the islands does not mean anything to Turkey because its power is much greater."

"But we would like to remind (Greece) that this step (accumulating weapons on the islands) is a hidden occupation," he added.

Turkey has stepped up its criticism of what it describes as the increasing Greek military buildup on the Aegean islands, known as the Dodkanis islands near the Turkish coast. Ankara also criticizes Western military support for Athens in the tension between it and Ankara.

Erdogan's statement came a day after he warned Greece that it would "pay a heavy price for its role in what he called plotting against Turkey."

The Turkish president stressed that his country will not hesitate to defend its rights and interests by all available means, and that what he described as the foreign military crowds with an occupier appearance spread throughout Greece are all dangerous to the Greeks and may turn it into a quagmire, as he put it.

Turkey summoned the Greek ambassador in Ankara to protest, and also asked Greece to stop what it said were Greece's violations in the islands and return them to a non-military situation, according to a statement by the Turkish Foreign Ministry after summoning the Greek ambassador to it.

#Turkey protests against #Greece's deployment of US armored vehicles on the islands of Mudallali and Saqqaz, in the eastern Aegean Sea pic.twitter.com/FaRBg4Hwan

The statement stated that Turkey had sent a protest note to the United States, demanding that the status of the eastern Aegean islands be taken into account, and that measures should be taken not to use weapons in violation of its status as demilitarized islands.

The Turkish protest came against the backdrop of Athens' deployment of US-made armored vehicles on the Greek islands of Lesbos (Medilli) and Chios (Sakis).

In turn, the Greek authorities denied the Turkish accusations, saying that Ankara threatens stability and peace in the eastern Mediterranean region, and Greek Prime Minister Kyriakos Mitsotakis said that his country is ready to confront any threat to its sovereignty.

In a related context, the United States urged Turkey and Greece to work together to maintain peace and security in the Aegean region and resolve any differences between them through diplomacy. It would raise tension between the two NATO countries."

Cyprus Foreign Minister Ioannis Kasoulides said yesterday that his country is concerned about being drawn into a possible conflict between Greece and Turkey, in light of the escalating tension between the two countries.