Dart probe against the asteroid: here are the first photos sent by the Italian nanosatellite LiciaCube

LiciaCube "has successfully accomplished its objectives," writes the Italian Space Agency on its website 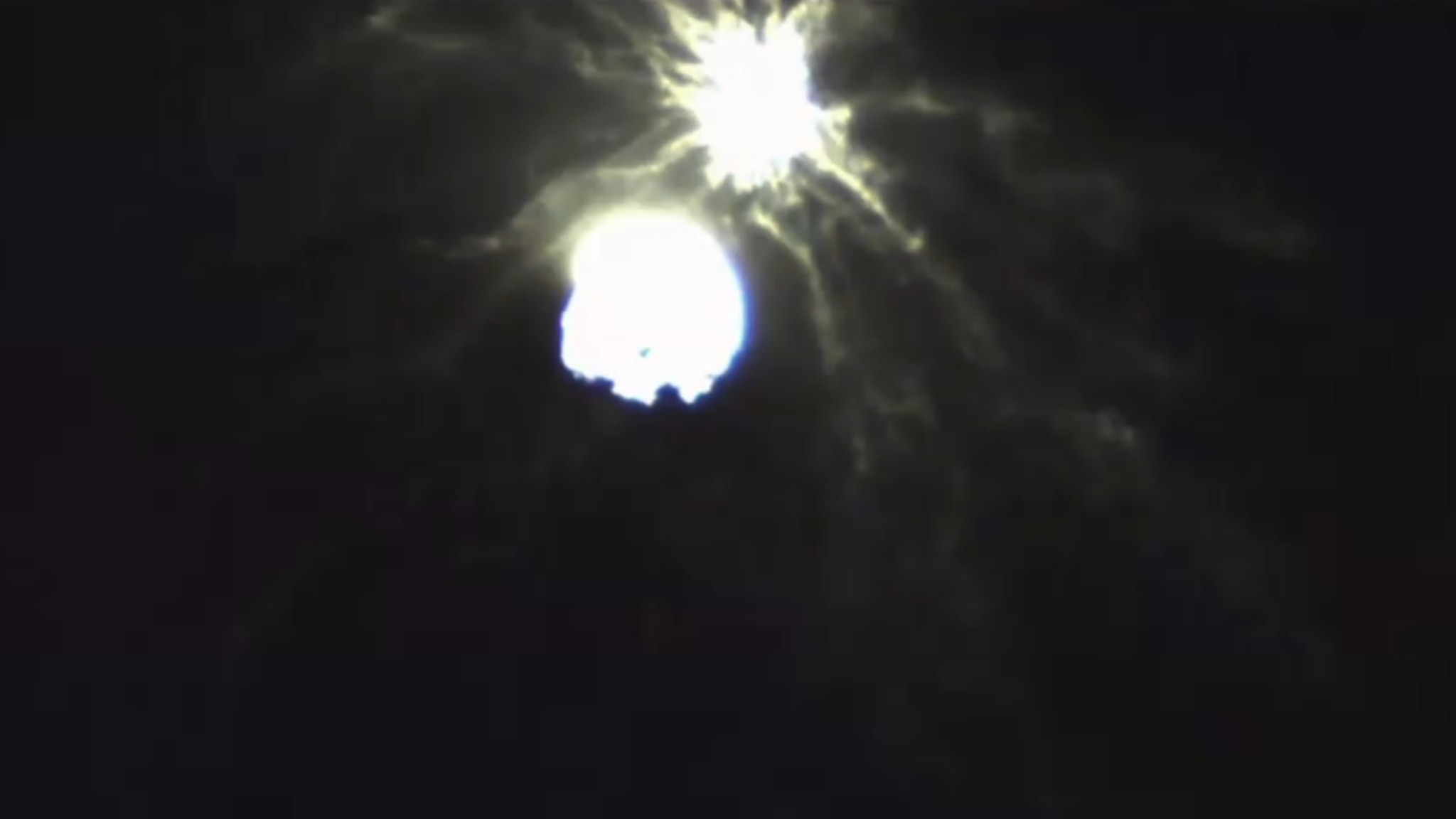 The small asteroid Dimorphos wrapped in a cloud of debris, from which, like rays, trails of dust made luminous by the illumination of the Sun depart: this is what can be seen in one of the first spectacular images, of the 620 taken by the Italian mini-satellite

, immediately after the impact of NASA's Dart probe

asteroid, which occurred during the night.

The images taken by

, a satellite managed and coordinated by the Italian Space Agency (

) and created by the

company of Turin, were presented in the press conference organized at

and are the very first to arrive on Earth.

of NASA and our satellite

was a great success and we thank

for having wanted us as a partner", commented the president of

This is "a golden moment for Italian space activities and the results can be seen, in terms of scientific results, of international dialogue, first of all with NASA and ESA".

During the press conference, the scientist

, leader of the scientific team of the National Institute of Astrophysics (

), underlines that it is "the first time that a binary system of asteroids has been observed on site, we will have many other images and we will conduct many analyzes. The work that awaits us now will be surprising and already promises to be a great success, this mission is a technological and scientific challenge and we thank all the partners ”.

, Associate Administrator for the Science Mission Directorate of NASA, who spoke at the opening of the press conference: "We woke up this morning with enormous success, and enormous success was also of LiciaCube ", the Italian satellite that worked in NASA's Dart mission, the first planetary defense mission and which saw the Dart probe collide with the asteroid Dimorphos.