Cycling: Evenepoel welcomed as a hero in Brussels, before other festivities 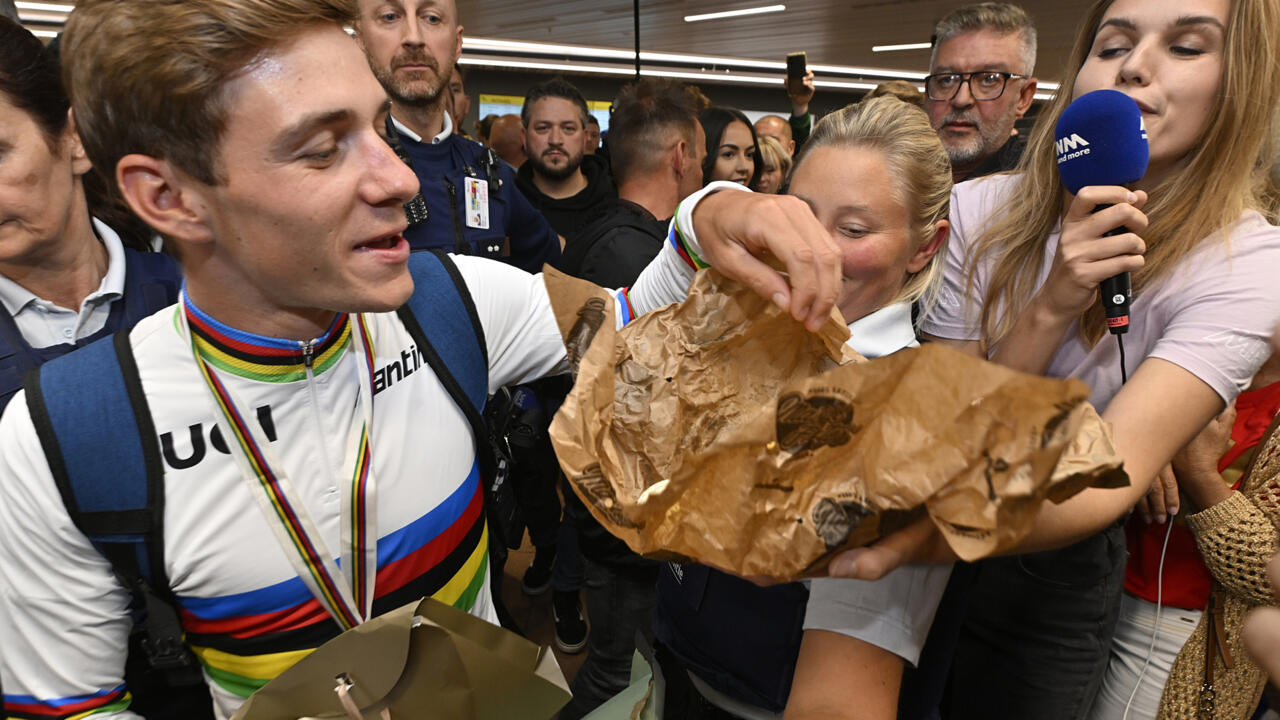 To the sound of "Thank you Remco!"

and the sounds of drums, the Belgian who won the world title in the road race on Sunday in Wollongong in Australia, appeared moved at the start of the afternoon in the arrival hall of the airport, accompanied by the national coach Sven Vanthourenhout and vice-world champion Lotte Kopecky.

"It's great to come back like that to Belgium after two months. It's really great, I expected something but not that," said the man who, before winning the rainbow jersey, had won the Tour of Spain, his first Grand Tour, two weeks ago.

New celebrations are scheduled for Tuesday to celebrate the return of the new world champion.

On Sunday, the young runner (22 years old) will have a glimpse of his popularity by becoming an honorary citizen of his hometown (Schepdaal in the entity of Dilbeek north of Brussels) before joining the Belgian capital by bike, accompanied by a procession of his supporters.

In Brussels, Evenepoel will have the honors of the balcony of the town hall on the Grand-Place where the local authorities expect a large crowd to celebrate the one who is considered a new national hero.

Evenepoel will then wear his rainbow jersey for the first time in competition, at Binche-Chimay-Binche next Tuesday, the last race in Belgium for his compatriots, Philippe Gilbert and Iljo Keisse, who are ending their careers this season.

Remco Evenepoel will not be done with the festivities since he will marry this fall with his fiancée, Oumi.