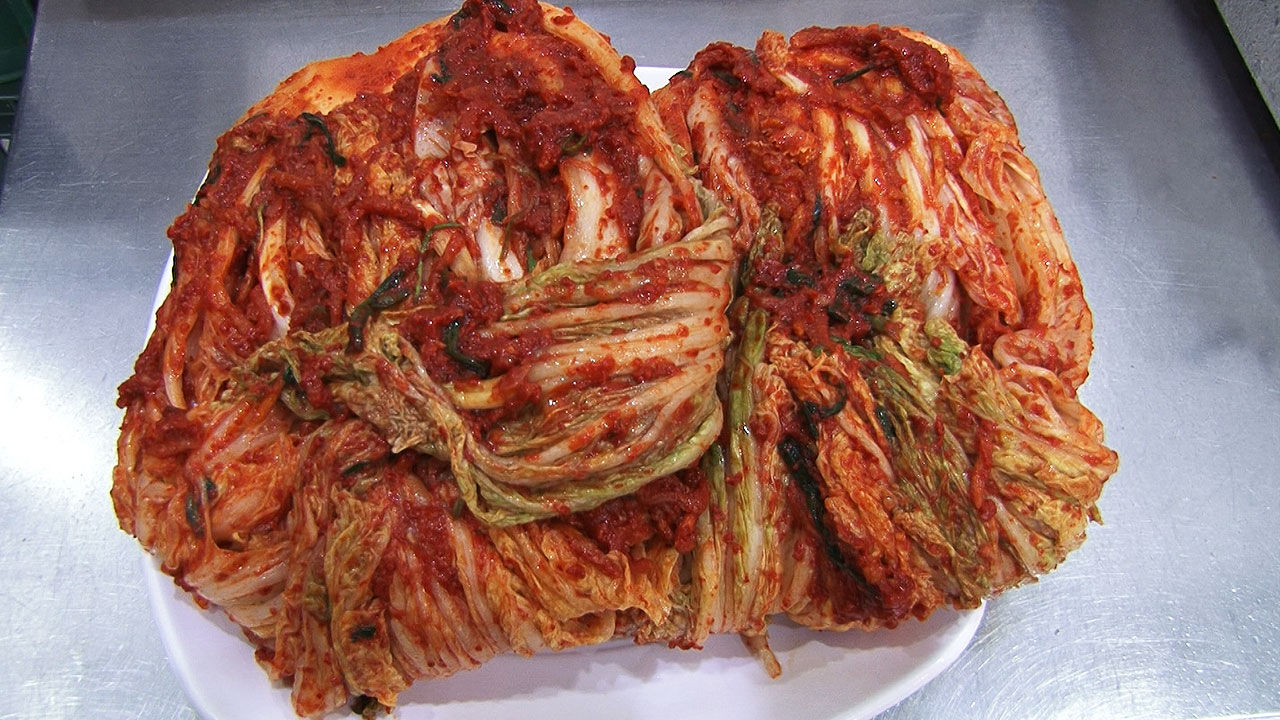 Chinese state media reported on the 27th that "Chinese kimchi is welcomed in Korea."

The Global Times, the English sister newspaper of China's state-run Global Times, published an article saying, "Chinese kimchi is of great help to Korea because of bad weather in Korea, which is bad for cabbage crops."

The media introduced the status of kimchi exports in Renjiao County, Pingdu City, Shandong Province, China, saying, "Since the beginning of this year, China's export of kimchi to Korea has been at a high level."

Citing a local cabbage supplier, he said, "The average amount of Chinese kimchi exports to Korea is about 10 containers a week."

“About 80% of the kimchi that Korea imports is produced in Renjiao County,” he added.

This isn't the first time the Global Times has reported something like this.

In December 2020, two years ago, the media also reported that “about 90% of kimchi imported by Korea is from China,” and “A small town in Shandong Province is leading 80% of kimchi exports.”

It was a nuance that small towns in China were controlling the supply and demand of kimchi in Korea.

It is true that the price of cabbage in Korea has risen significantly.

This summer, the heat wave and heavy rain overlapped, and the price skyrocketed as a typhoon landed.

According to the agricultural distribution information of the Korea Agro-Fisheries and Food Trade Corporation (aT), the wholesale price of Chinese cabbage as of the 27th was 27,760 won per 10 kg, more than double that of last year (12,995 won).

It is also true that imports of kimchi from China have increased.

According to trade statistics from the Korea Customs Service, imports of kimchi from China from January to August this year amounted to $19.86 million (156.8 billion won), up 27.6% from $86.09 million (122.9 billion won) in the same period last year.

In August alone, it increased by 41.1% from last year, but it is questionable whether it is "welcomed" as the Chinese media claim.

The price of cabbage started to decline 20 days ago, but the Agricultural Observation Center of the Korea Rural Economic Research Institute predicted that the price of cabbage will turn down in earnest from the end of this month, when the second-generation Chinese cabbages in the semi-highland regions are shipped in earnest.

From the beginning of next month, it will drop to the normal level, and autumn cabbage will also be shipped from the middle of next month.

Above all, the hygiene controversy over Chinese kimchi has not subsided.

Another standout among the reports of the Global Times is that the word kimchi was written with 'paocai', which means pickled vegetables in China.

The media did not say that kimchi was Chinese, but wrote, "Kimchi is also called pao chai, which means pickled cabbage in China."

This passage can be read as meaning that kimchi and pao chai are the same food.

The Global Times has always added the phrase, "In China, it is called pao chai" when delivering articles about kimchi.

If so, how does kimchi appear in the encyclopedia of Baidu, the largest portal in China?

First, I searched for 'Shinchi (辛奇)', the official Chinese word for kimchi, and it came up as 'Korean pao chai'.

Previously, the Ministry of Culture, Sports and Tourism revised the 'Guidelines for Foreign Language Translation and Writing of Public Terms' in July last year and specified the correct Chinese spelling for kimchi as 'Shinchi'.

The Baidu Encyclopedia described, "'Korean pao chai' is a fermented food made from vegetables in the Korean Peninsula and added with various fruits, seafood, meat, and fish sauce."

He wrote, "It is an inaccurate expression to call Korean pao chai, or Shinchi, 'pao chai'."

He continued, "True pao chai is a lactic acid bacteria fermented food prevalent in southwestern China, and the production process is significantly different from that of Korean pao chai."

"The two foods must be distinguished," he wrote.

Chinese pao chai originating from Sichuan Province is a pickle-like food made by fermenting vegetables in salt and is known to have almost no lactic acid bacteria.

The problem is the next point.

Baidu Encyclopedia created an entry titled 'The Origin of Pao Chai' in the middle of explaining Shinchi, and wrote, "There are deep traces of Chinese Confucianism in Korea's Pao Chai culture."

Although it is written on the back of "Chinese pepper was introduced to Korea and replaced the traditional method of pickling that has been passed down from China," he insists on claiming that the origin of kimchi is China.

Next, I searched 'pao chai' in the Baidu encyclopedia.

On the screen, I put a picture close to Korean kimchi, not a picture of Chinese pao chai similar to pickle.

It is enough to give the nuance that Korean kimchi is a type of 'pao chai'.

In the column explaining Korean pao chai, as shown above, I wrote the content to the effect that it 'origins from China'.

In November 2020, China enacted the Chinese pao chai recipe in line with the standards of the International Organization for Standardization (ISO), an international standard organization, and caused controversy as the origin of kimchi.

At the time, the Global Times argued that "China has become the standard in the international kimchi market," and that "Korea, the homeland of kimchi, was humiliated."

The end of the kimchi controversy is still not pleasant.