Cameroon: opening of the great Bamoun festival, a year after the death of Sultan Mbombo Njoya

The Nguon festival, a traditional and ancestral meeting of the Bamoun people founded in the 14th century, started on Tuesday September 27 and is due to last until October 9. 300,000 visitors are expected according to… 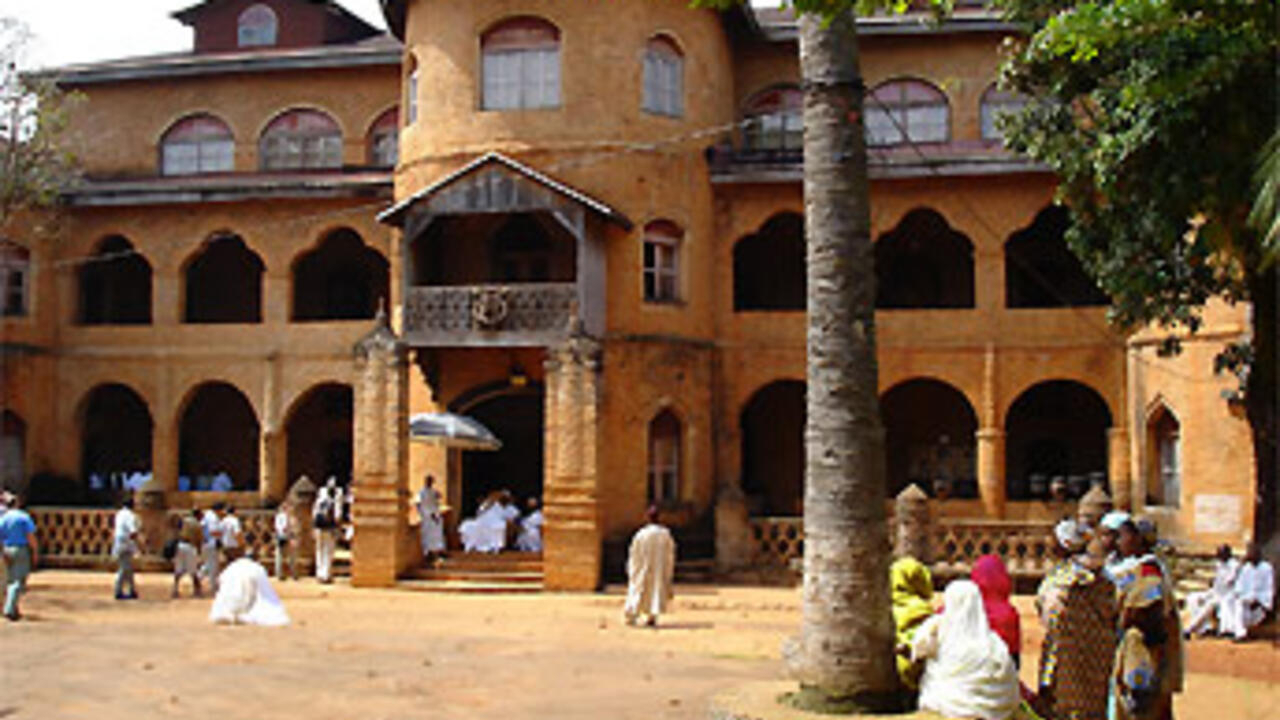 Cameroon: opening of the great Bamoun festival, a year after the death of Sultan Mbombo Njoya

The Nguon festival, a traditional and ancestral meeting of the Bamoun people founded in the 14th century, started on Tuesday September 27 and is due to last until October 9.

300,000 visitors are expected according to the organizers in Foumban, capital of the department of Noun in the western region.

The Nguon takes on a special symbolism this year.

It takes place a year after the death of Sultan Ibrahim Mbombo Njoya: a key figure in Cameroonian political life, 29 years of reign, and a long friendship with President Paul Biya.

It is also the first anniversary of the accession to the throne of his successor, his son, the new sultan-king of the Bamouns, Nabil Mbombo Njoya.

Thirteen days of cultural, spiritual, festive, gastronomic and economic encounters that have their origins in the 14th century.

Nji Oumarou Nchare is one of the memories of the Bamoun culture.

Director of administration and culture to the new sultan, Nabil Mbombo Njoya, he was also the collaborator of his father, the late Ibrahim Mbombo Njoya, and his grandfather, Seidou Njimoluh Njoya.

is the largest traditional and cultural body of the Bamoun people, established by King Nchare Yen in 1394. The Nguon was called at the time during the harvest period.

It was an opportunity for the Bamoun people who came from all parts of the kingdom to exhibit the best products of their labor at the palace.

Denounce everything in front of the standing king

Corn, tomatoes, fish... The king redistributes the food so that everyone has enough to eat.

He stores surpluses in his attics in anticipation of periods of scarcity.

This unifying and regulating function of the Nguon is expressed in another highlight of the gathering, “the king's judgment”.

On this occasion, the Mfonanguon, the representatives of the people who have traveled throughout the kingdom to collect the grievances of the inhabitants, have the exceptional right to tell the king what his subjects think of him.

the Minister of Justice of the kingdom comes to plant in front of the king the spear of justice which lifts the royal immunity and which allows the members of the assembly to say what they think.

When the king's immunity is lifted, the king stands up to listen to the people represented by the Assembly.

They pass one after the other in front of the king, take the floor to tell the king what the people think of him.

Everything is denounced in front of the standing king.

For Moussa Njoya, political scientist, jurist and biographer of the late Sultan Ibrahim Mbombo Njoya, it is also necessary to understand the Nguon as a means of overcoming the divisions within the Bamoun people.

Ontologically, the Nguon was conceived in 1394 as a moment of reconciliation.

Because you have to know that the Bamoun people, basically, are several peoples who were vassalized by Nchare Yen and his companions during territorial conquests and annexations.

Bringing the Bamouns together, beyond parties

In 1924, the Nguon was banned by the French colonial administration, which found that the gathering gave too much weight to the sultan.

It was not until the early 1990s that the Nguon was really revived by Sultan Ibrahim Mbombo Njoya.

He then organized this gathering to commemorate the first anniversary of the death of his father, but it is also a particular context, that of the years of embers,

When Sultan Ibrahim Mbombo Njoya ascends the throne, he is a minister in the government of President Paul Biya, he is a member of the political bureau of the CPDM

he is a cacique of the regime.

Bamoun society was then deeply divided between pro-RDPC and supporters of the opposition party UDC.

The sultan-king will have this inspiration to relaunch the Nguon in order to find a cross-partisan, cross-religious framework that can bring together all the Bamouns without distinction.

However, Nguon's popularity does not always rhyme with political success.

The Bamouns distinguish between traditional domain and republican domain

There were very popular editions of Nguon like that of 1994, that did not prevent the sultan from winning the victory in the 1996 legislative elections.

Organized every two years, because expensive, the Nguon is at the same time a cultural, spiritual, traditional, economic meeting.

A file was submitted this year by Cameroon for the Nguon to be listed as an intangible heritage of humanity by Unesco.