For six days, the moose cow with her two calves has been staying at the edge of the forest facing the Bäverstigen in Köping. When SVT reaches Patrik Lilja, who lives with his family in one of the nearby villas, he is at home for lunch. - I see them up there in the grove now, only 20 meters away. They usually stand there and then they come down to the gardens and eat apples. 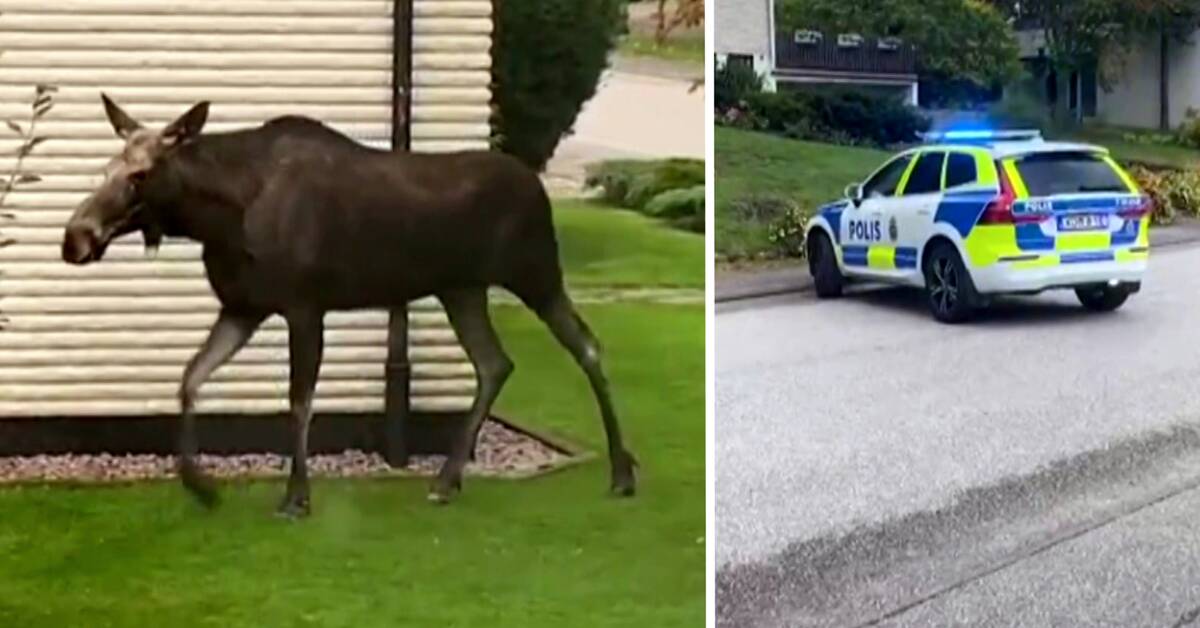 But what initially felt like a nice and somewhat exciting visit begins to feel different after six days.

- They are very fearless and they are becoming an annoyance.

And you think about safety, you don't want them to attack or for anyone to get hurt.

Most recently on Monday, the police were on site and tried to scare them away with blue lights and the siren.

But the next day they are still there.

- The police say that moose have to lunge at someone before it can be relevant to shoot them away.

Unusual for that to happen

When SVT talks to the county administrative board, they confirm that information, but are not aware of this case.

- The responsibility lies with the landowner, and if the moose pose a danger, it is the police's decision to shoot them, says Sofia Sollenberg, wildlife officer at the Västmanland County Administrative Board.

- It is absolutely the right method to try to scare them away, but it takes several repeated attempts.

And as long as the desire for the apples is greater than the proportion of the intimidation, they will stay, she says and explains that it is not particularly common for situations like this to arise with moose in particular.

In the clip, moose cows run across the garden and the police try to scare them away - even the family dog ​​does his best.