The killing of Mahsa Amini .. Canada imposes sanctions on Iranian individuals and entities .. and a human rights organization: At least 76 people were killed in the demonstrations

Human Rights Watch said that the security crackdown carried out by the Iranian authorities against those protesting the death of the young woman, Mahsa Amini, after she was arrested by the morality police, has so far killed at least 76 people. 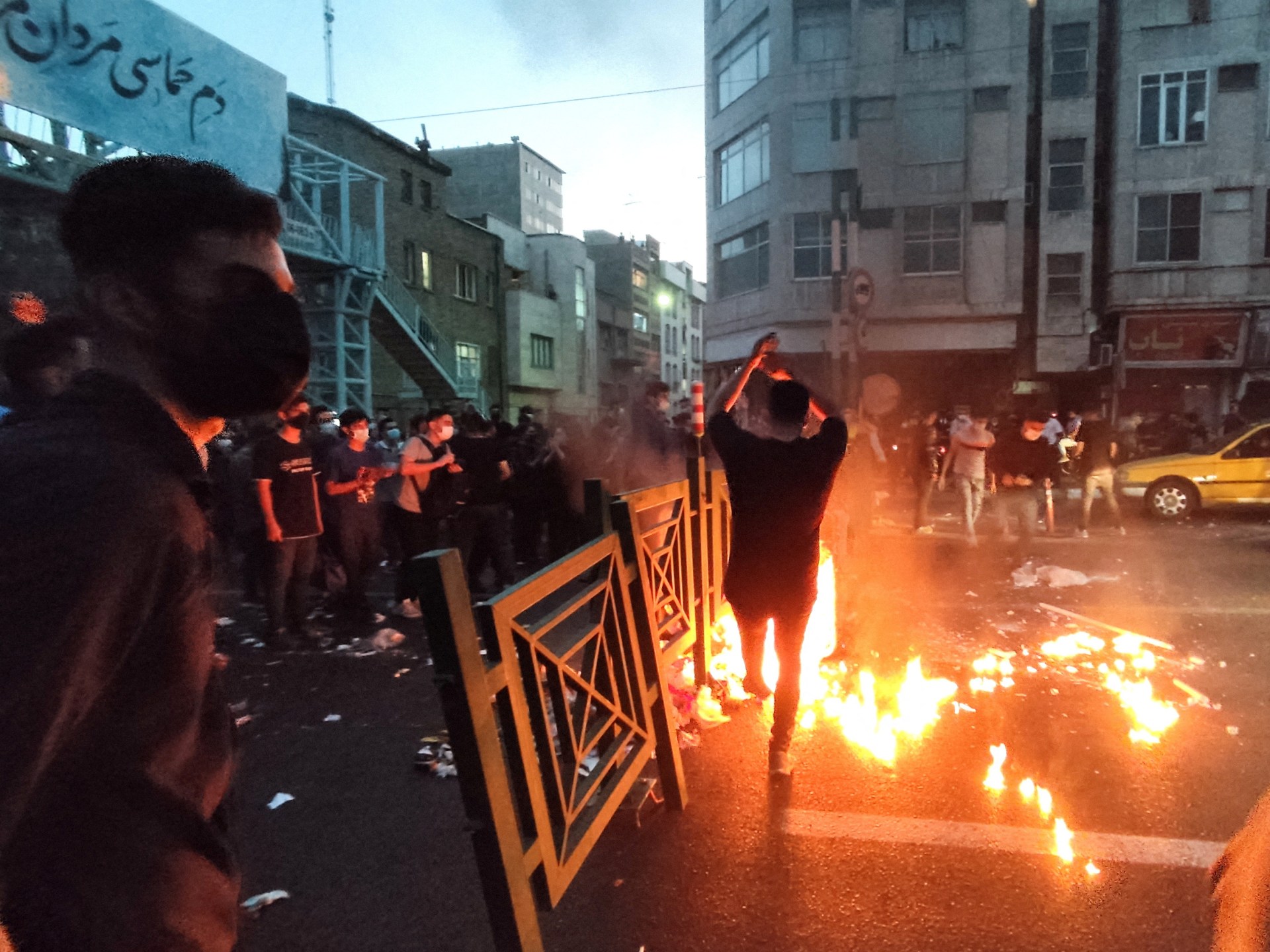 Human Rights Watch said that the “security campaign” carried out by the Iranian authorities against protesters against the death of the 22-year-old woman, Mahsa Amini, after she was arrested 9 days ago by the morality police, has so far killed at least 76 people.

On Monday, the German government summoned the Iranian ambassador to Berlin, to demand an end to violence and to allow "peaceful demonstrations" in the Islamic Republic to protest the killing of Amini.

Yesterday, the Iranian Foreign Ministry summoned the British ambassador to Tehran, Simon Shercliff, against the background of London hosting Persian-language channels that Iran considers "hostile" channels that interfere in its internal affairs and try to violate the country's sovereignty, according to a statement issued by the ministry.

The Iranian news agency also reported that the Norwegian ambassador to Tehran had been summoned, due to the positions of the Speaker of the Norwegian Parliament, which were described as "interference in Iranian affairs."

In the context of international reactions to the protests and the Iranian authorities' handling of them, Canadian Prime Minister Justin Trudeau announced - today, Monday - that his country will impose sanctions on those responsible for Mahsa Amini's death, noting that the penalties will include dozens of individuals and entities, including the so-called "moral police." .

But these international positions do not seem to have an echo inside Iran, as the head of the judiciary in Iran, Gholamhossein Ejei, said that the main elements leading the protests will be dealt with firmly, and there will be no leniency with them.

He added - during his visit to the Tehran Metropolitan Police Command - that whoever he described as the enemy seeks to destabilize security, provoke riots and threaten the security and stability of citizens through the recent protests.

Iranian Foreign Ministry spokesman Nasser Kanaani also accused the United States of being behind the protests. He told Noor News (the news site of a major security agency) that "Washington is always trying to destabilize Iran and its security, although it has not succeeded in that."

In turn, Iranian Foreign Minister Hossein Amir Abdollahian said that peaceful protest is a right of every nation, but the United States supports rioters and provocative actions in Iran, noting that Washington's interference in Tehran's internal affairs contradicts the White House's diplomatic messages, as he put it.

US National Security Adviser Jake Sullivan also saw that his country's involvement in nuclear talks with Iran does not mean turning a blind eye to its violations of the rights of Iranian citizens.

He added - in an interview with the American "ABC" network - that his country is working to facilitate the Iranian demonstrators' access to the Internet to convey their voices to the world.

These statements and counter-statements come at a time when night protests continue in the Iranian capital, Tehran, and several cities for the ninth day in a row, as protesters went out in the city of Sanandaj in Kurdistan Province (west) and the city of Amal in Mazandaran province in the north of the country.

The security forces used tear gas to disperse the demonstrators, some of whom raised the slogan "Death to the Dictator." Others raised the same slogan from the windows of their homes in separate areas of the capital, Tehran.

Several regions in Iran also witnessed rallies supporting the government and the regime in the country, and the participants in the rallies condemned what they described as riots and chaos in the protests.

The demonstrators expressed their support for the police forces in confronting the anti-government protests, and the participants accused the United States, Britain and Israel of inciting the protest.

Externally, confrontations broke out between British police and demonstrators outside the Iranian embassy in the British capital, London, which led to the injury of at least 5 policemen "seriously injured" and the arrest of dozens of demonstrators.

In Paris, the police used tear gas to prevent thousands of demonstrators who came out to protest the suppression of demonstrations in Iran from reaching the embassy of the Islamic Republic.

It is noteworthy that various parts of Iran have been witnessing demonstrations for 9 days after the death of the young woman, Mahsa Amini, after she was arrested by the morality police for wearing "inappropriate clothes."

While activists said that the girl had received a fatal blow to the head during her detention, officials denied this and announced an investigation into the incident.

Iranian television quoted the deputy head of the House of Representatives' Internal Affairs Committee that the forensic medicine will present its final report on the cause of Amini's death to parliament within two to three weeks.